Did Bill & Melinda Gates Foundation Promise To Pay Off Nigeria’s Debt To Japan? 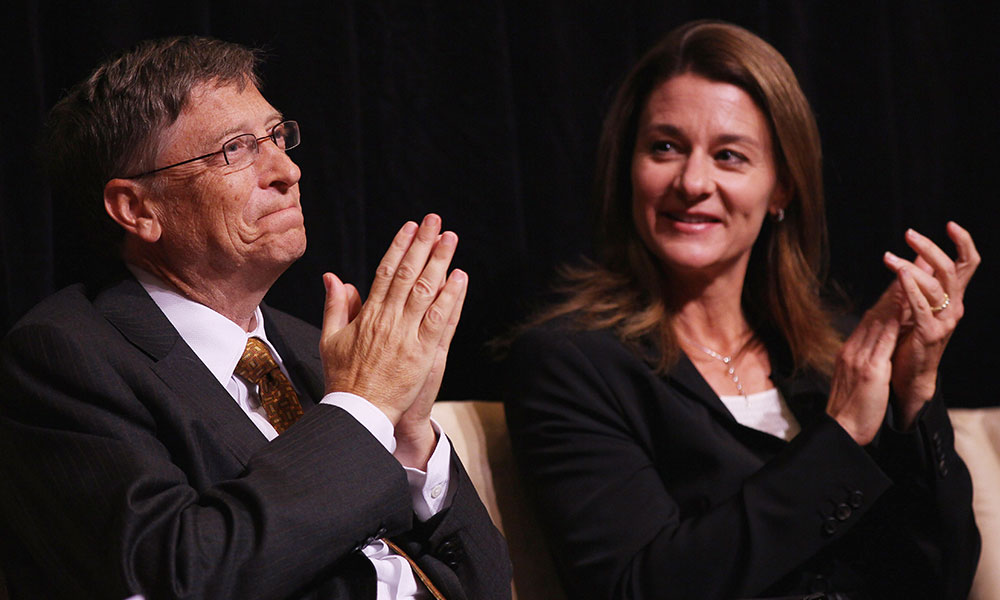 CONCLUSION: TRUE but read on…

FULL STORY:
Did Bill and Melinda Gates Foundation pay off Nigeria’s $76 million debt?
This was the question posed to us by one of our readers, Abiola Odejide.
To verify the claim, DUBAWA contacted Mr Sang-Hee Min, who is in charge of polio communications at the Gates Foundation.
BUT FIRST, WHAT IS THIS DEBT ABOUT?
The Bill and Melinda Gates Foundation’s mission is to help all people lead healthy, productive lives. In developing countries, a bracket to which Nigeria falls, it focuses on improving people’s health and giving them the chance to lift themselves out of hunger and extreme poverty. Based in Seattle, Washington, the Foundation is led by CEO Sue Desmond-Hellmann and Co-chair William H. Gates Sr., under the direction of Bill and Melinda Gates and Warren Buffett.
The official release of Japan International Cooperation Agency (JICA)  details the agreement between Nigeria’s Federal Government and the Gates Foundation in 2014.
According to the document, a loan agreement was signed on May 26, 2014, between the Nigerian and Japanese governments. The loan, which amounted to ¥8.285 billion (yen), was set aside for the Polio Eradication Project.
The loan had an annual interest rate of 0.2 per cent, and this was attached to the deal under Official Development Assistance (ODA) by JICA, an agency that “supports the resolution of developing countries’ issues by using the most suitable assistance mechanisms, such as technical cooperation, ODA loans and grant aid in an integrated manner.”
As contained in the Agency’s release, the “project aims to achieve early eradication of polio in Nigeria by procuring oral polio vaccines to efficiently inoculate children under five years of age throughout Nigeria. The loan funds will be allocated to procure 476 million polio vaccine doses.”
That being said, the agreement with Bill and Melinda Gates Foundation states that in place of the government of Nigeria paying the loan to Japan  the Bill and Melinda Gates Foundation will do that payment on behalf of Nigeria, if Nigeria meets certain requirements.
In Min’s words: “Nigeria did indeed meet the criteria of reaching immunization coverage milestones, and the foundation is in the process of repaying this loan over the repayment period.”
This move, referred to as “loan conversion” mechanism was to be carried out “once this project achieves the performance trigger indicators successfully during implementation.” [On a side note, Nigeria and the government of the Islamic Republic of Pakistan were the only beneficiaries of this kind of arrangement.]
MORE INFORMATION ON POLIO SUPPORT TO NIGERIA…
While this was the first time Bill and Melinda Gates Foundation was providing the loan conversion support for polio in Nigeria, that was not the first time Japan was supporting Nigeria to eradicate polio.
Japan had in time past lent Nigeria a helping hand to tackle this endemic disease through the procurement of polio vaccines and support to build cold chains. This was done under the Project for Infectious Diseases Prevention for Children which was funded by them through UNICEF.
Asides this, the 10th most populous country has also served in the capacity of supporting development of Nigerian polio researchers through training in Japan. Hence, the loan agreement only adds to the Japanese government efforts to help Nigeria bid farewell to polio.
And these efforts can be seen to have helped to an extent. From 2012 to 2014, cases of polio outbreak in Nigeria hit a drastic decline. The number of confirmed infections shrunk from 122 in 2012 to 53 in 2013, and to just 6 in 2014.
Within the span of July 24, 2014 to the same date in 2016 — which makes it two years — Nigeria had no record of a polio case.
But in August 2016, polio returned to the land as cases of two children were recorded in two cities in Borno state — Gwoza and Jere, two territories liberated from Boko Haram. Then two additional cases would again be reported in the same state, the same year.
In 2017, no case was recorded. The total number of circulating vaccine-derived poliovirus type 2 (cVDPV2) — a polio type that can cause paralysis — cases recorded in 2018 was 34. As at March 2019, there have been 5 cVDPV2 cases that have been reported so far.
What does the Ministry of Health say about this claim? Efforts to reach the Minister of Health, Mr Isaac Adewole, have not been fruitful. We were finally able to contact him and were redirected to the National Primary Health Development Agency (NPHDA). We will update this report if any new information arises from the Nigerian authorities.
Related TopicsFeatured