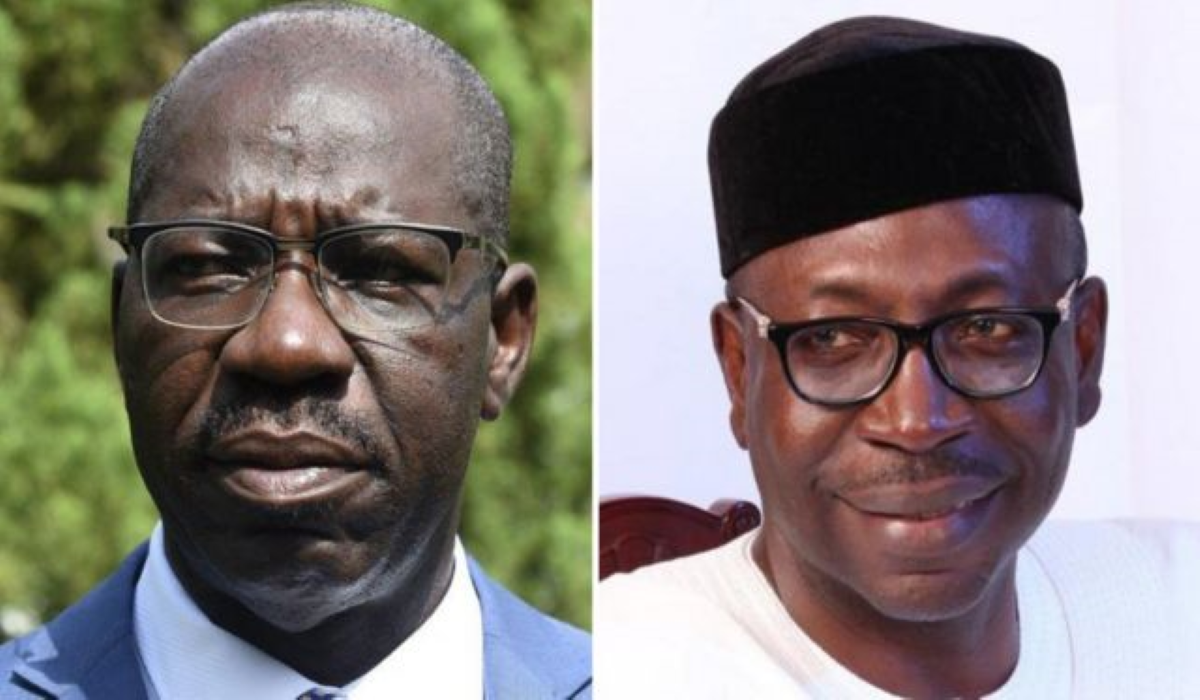 The recently held Edo election was keenly contested in the midst of political drama and several claims, all aimed at ensuring victory for each of the contending gubernatorial candidates. As expected, fact-checkers attempted to track and rate these claims appropriately, to counter the spread of misinformation during the elections. In this analysis, we examined the extent of publications of fact-checks by fact-checking organisations operating in Nigeria on the recently concluded Edo elections. We found a fair publication of fact-checks by these organisations even though two of them did not publish any fact-check on the election. A few claims were fact-checked inter-organisationally with slight variations found in the few claims fact-checked across organisations. Given the number of false claims traceable to Governor Obaseki, who won the election, and some of his supporters, the incumbent governor appeared to have actively contributed to the information disorder during the elections more than his opponent.

Misinformation is common and tends to thrive during elections. Elections are an integral part of all democratic societies. Campaigning for votes of electorates is a critical aspect of the electioneering process. Electoral Candidates often present themselves in the best form to the electorates with the intention to motivate electorates to vote for them. Oftentimes, the political stage is turned to a battleground of words with political actors marketing their preferred candidates to the electorates while maligning their opponents. It is important to verify these claims to aid voters in making informed decisions on who to vote for or not. Hence, fact-checkers tend to be active in tracking, verifying, and countering political claims across media platforms ahead of any election. To enable voters make informed decisions based on facts, countering false claims promptly is thus paramount in the electioneering process.

The recently held Edo election was keenly contested amidst claims and counter claims regarding candidates and their associates. The situation was heightened by the peculiar circumstances that surrounded the emergence of the two leading contestants for the election. The incumbent governor, Godwin Obaseki, was denied candidacy by his erstwhile political party, the All People’s Congress (APC), largely owing to his disagreement with his erstwhile political godfather, Adams Oshiomole, whom he succeeded as governor in 2016. He eventually defected to the opposition party, the People’s Democratic Party (PDP) where he secured his candidacy ahead of the election. Former PDP’s candidate in the state’s 2016 gubernatorial election, Pastor Osagie Ize-Iyamu, who had since defected to the APC, got the party’s ticket to run for the 2020 election. The political stage was thus set for intense electioneering for the survival of the fittest in the poll.  There were claims and counter claims in the build-up to the election with both sides blaming each other for spreading falsehood ahead of the election.

With the resulting trading of words, verifying these claims and stopping the spread of misinformation in a good time seemed to be challenging. The onus to meet this challenge was on fact-checkers to fact-check relevant claims and rate them appropriately, given the growing culture of fact-checking in the Nigerian media space.  Fact-checking organisations are increasingly being established within the country along with campaigns to sensitise the general populace and professionals through in-house fact-checking training and fellowships for reporters.

The fact-checking organisations fact-checked a wide array of claims, majority of which were rated false. Five of the claims were fact-checked by more than one organisation. Four of these claims were fact-checked by two different organisations. All four organisations debunked the fifth, which was of a photograph purportedly showing the erstwhile Chairman of the APC and key actor in the election, Adams Oshiomole voting for PDP. This definitely would have raised a red flag for anyone as Oshiomole was probably the most unlikely person to vote for Obaseki and his party, the PDP. The animosity between Oshiomole and Obaseki before, during, and after the heated disagreements between both men until Obaseki migrated to PDP, after failing to clinch the APC gubernatorial ticket was common knowledge in Edo State and other parts of the federation.

Claims that attracted multiple fact-checking bordered on candidates’ achievement or allegations against them.  This included claims on unemployment figures in the state, allegation of corruption against candidates, and peddling of false impressions about key actors in the election. These claims were treated differently by each of the organisations but they mostly returned similar verdicts on the claims.  The differences were noted in the sources of the claims, shared platform, intended targets of the claim, fact-checking tool, and specified fact-checking procedure.

Generally, claims in the fact-checks mostly emanated from private citizens and from both candidates, their identified associates, and their respective political parties, as well as notable individuals, reputable news media organisations, and popular blog sites. Worrisome among them is a fact-check on a false tweet by a former Chairman of Nigeria’s National Human Rights Commission, Chidi Odinkalu, of a purported “War in Edo State.” The multiple false ratings on published stories in several reputable news media organisations in the country is another call for concern. Culpable news media included Punch, Vanguard, Thisday, The Nation, The Cable, Daily Post, and Sahara Reporters. These organisations fell for the false information mostly by relying on posts on social media accounts which sometimes turned out to be fake.

The media organisations sometimes attempt to redeem the situation by issuing a rejoinder to the published false information or simply deleting such. For instance, in this fact-check, both Punch and ThisDay reportedly published a “misleading” report posted by popular blogger, Linda Ikeji, claiming that Ize-Iyamu begged Obaseki to return to APC, but later deleted it with Punch issuing a rejoinder to apologise to Ize Iyamu. In another fact-check, Edo Election: Report that Ize-Iyamu congratulated PDP, his opponent’s party is FALSE, Punch published the claim from a fake twitter account, but later deleted it.

This fact-check, Did court restrain Obaseki from contesting Edo PDP Primaries, reported that news media including Vanguard, The Nation, The Cable, Daily Post, and Sahara Reporters erroneously published news reports from a “manipulative” tweet which unfortunately had gathered over a million views and hundreds of retweets and likes in less than 12 hours of the tweets. None of the media organisations had reportedly retracted the story as at the time of publishing the fact-check.  The posts are still available in their original forms on Sahara Reporters, The Nation, Vanguard and The Cable, as at the time of writing this analysis. The story appeared to have been removed by Daily Post and replaced with the correct information, Edo PDP Primary: Obaseki to know fate Wednesday confirming the adjournment of the case till the following day, June 24.

The publication of these false information shows the need for continuing vigilance in preventing and halting the spread of misinformation by all.

Generally, fact-checked claims examined in this analysis were made and shared mostly on Twitter; amid other social media platforms including Facebook and WhatsApp. Others are public debates, news media sites, and blog sites. The claims were mostly contained in images (pictures and infographics), video, text, speeches or public comments.  The high occurrence of twitter and reliance of fact-checkers on the platform for election claims is surprising, considering that it is less commonly used among Nigerians compared with the more dominant Facebook or WhatsApp.

Table 2: Platform through which fact-checked claims were shared

While several of the fact-checked claims promoted Obaseki, none promoted Ize-Iyamu or his party and other Key actors in the election. Instead, there were multiple claims attacking or maligning Ize-Iyamu, Obaseki, President Buhari, and the APC in general. This suggests Obaseki and his cohorts were aggressive in churning out attacking information on their opponent in the election which they eventually won.

Fact-checked claims focused on allegations of corruption, issues bordering on the economy, electoral process and interference, election results, electoral violence, healthcare provision, vote buying, and pre-election polls results.  Generally, the fact-check organisations examined in this analysis mostly reported the issues within the context and peculiarities of their respective organisations. AFP was the most international in its framing of its fact-checks of the Edo elections. Its international outlook was reflected in the framing of its fact-checks’ headlines and detailed contextualisation of issues. The issues were largely presented to appeal to its international audience, with minimal reference to Edo State in the headlines. The other fact-checking organisations were more reflective of the local context with clear reference to Edo elections in their headline.

AFP was also the most transparent with regular disclosure of fact-checking tools and procedures used in fact-checking the claims. Dubawa and Fact Check Hub rarely included specific fact-check tools used while People’s Check never specified any specific tool used among its fact-checks. The most commonly reported fact-checking procedure was cross referencing which entails cross-checking the claims with publicly available information. Such information was mostly found online, but also in other places where the information can be verified or debunked. Others included reverse image search, contacting and verification from key actors or experts in a claim; key frame analysis and VeeScore YouTube analysis. These fact-checking procedures were often undertaken, using Google, Yandex, Bing reverse image search function; InVID WeVerify, CrowdTangle, and Google Map.

Our analysis of published fact-checks on the Edo State gubernatorial election suggests that some fact-checking organisations in the country may not accord much importance to off-season elections as they failed to publish any fact-check on the election, despite the array of claims making rounds all through the electioneering process. Elections are an integral part of the democratic process and fact-checkers owe their audience the responsibility to filter facts from falsehood and propaganda which tend to be rife during election seasons, whether during general or off-season. As evidenced in this analysis, several claims in circulation during the period were false and misleading, with only a quarter of fact-checked claims found to be true.  The fact-checking community thus owes the general public this important public service so that citizens can make informed voting decisions.

Evidence from the study also supports the need for continuing vigilance and scepticism from the public on received information. As noted by Adebanjo in this article, the credibility of the source does not always guarantee its accuracy. Reputable media organisations and rights activists fell prey to disseminating misinformation in the Edo gubernatorial election. Despite the ethical necessity for a corrigendum to dispel false or misleading information published by media organisations, many of the organisations found wanting for disseminating misinformation never bothered to put the record straight to stop the spread of misinformation earlier published. Considering evidence from this study that suggests that the candidate whose team was more aggressive in the misinformation war eventually won this election, it is difficult not to isolate the widespread of negative claims on Ize-Iyamu as  a factor in his losing the election. And further study on this subject can throw additional light on the impact of misinformation on voters’ perception of candidates.