In a viral video shared by a user on Twitter and other social media platforms, there is a claim that the gruesome killing of a certain woman was carried out in Nigeria by the Boko Haram Jihadist terrorist group.

The claim that  the gruesome murder of a certain woman was carried out in Nigeria by members of the Boko Haram Jihadist terrorist group is false. Analysis carried out on the video using online tech tools and reports gathered from credible media, proved the scene took place in a small town in Mozambique, not in Nigeria.

Since the inception of Boko Haram insurgents in Nigeria, one thing that has remained prevalent is the frequent news of terror. Though this is even predominant in the northeastern parts of the country, the headline to such news extends mostly to Nigeria as a whole and not just a part of it. Thus, it is easier to attribute such lingering terror stories to Nigeria whether or not it suits the narrative.

Such a story was shared on Twitter by @bestbiafra Bestbiafra in a video format. The video shows four armed men in chase of a terrified naked woman, beating her, and then killing her with at least 36 gunshots. The men in the picture wear what appears to be a military camouflage uniform.

The gruesome video drew tons of reactions and comments from multiple Twitter users who shared diverse opinions. 4,800 views, 473 retweets, 49 comments, and over 215 likes.

In what appears to be the showcase of both despair and doubts towards the video, Blackfire @porschewillie, a user, argued that “First of all .. Let’s not judge this video by the content of what we see in it. We don’t know what the woman might have done Or who she is. We ain’t sure if those jiggy are actual soldiers So y’all should relax”.  However, another user, Martin C Chiaha @ChiaChukwuma who seem to subscribe with the video commented that:

Yet, what is even more alarming is the fact that such claims are enough to trigger panic in the society, plant fear in the hearts of many , and may even attract international sanctions. Given the potential of such a situation to cause anxiety, Dubawa opts to explore the veracity of this claim.

Dubawa launched a probe of the video on InVid (video authenticity tool). The results traced the video to multiple reports from many news sites such as the globalandmail.com  with the headline ‘Video showing the death of a woman by men in military uniforms shocks Mozambique’  so also on straitstime.com “Mozambique army condemns ‘horrifying’ shooting of a naked woman at hands of fighters”.

Also, in a  recent BBC analytic report where the same video was analysed by BBC to uncover its source, the people involved, and the location revealed the event to have taken place in Mozambique.

Using the Google Earth technology, the location where the actual event took place in the video was traced to a small town called, Oasse in northern Mozambique, a region that is already under clash between the Al’shabab Jihadist group and the Mozambique armed forces.

Though the woman is likely to be a refugee fleeing from the Oasse Village, David Matsinhe, a researcher with Amnesty International, confirmed that the armed men were wearing the Mozambique military uniforms, which is green and brown-lizard camouflage, black boots, tan web gear, and yellow-black shoulder tabs. 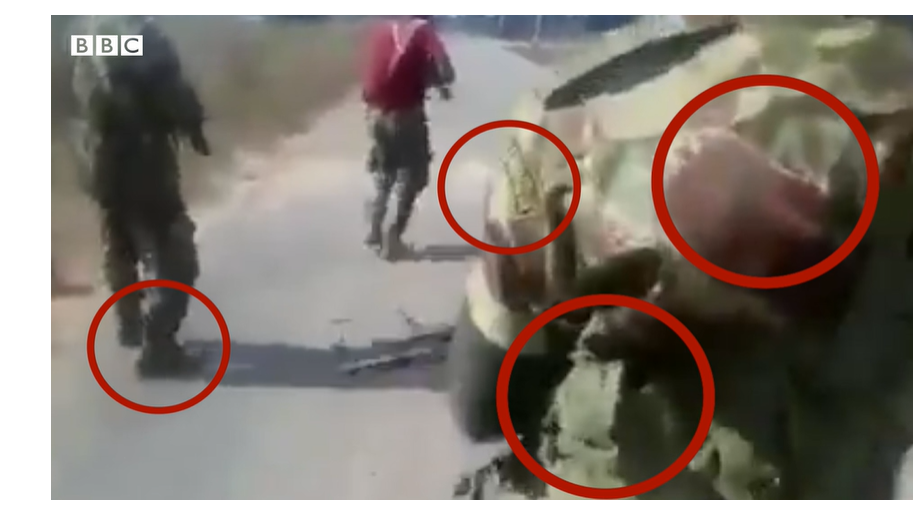 Furthermore, the men were heard in the video, telling the woman that she’s from Al Shabab with a typical southern Mozambique Portugese accent.  According to BBC, the Mozambique government has agreed to carry out an investigation over the matter, thus not disputing the fact that the event took place there in Mozambique.

This video and the contents it portrays did not occur in Nigeria. Facts gathered confirmed the event to have taken place in Mozambique and the men are likely to be members of the Mozambique armed forces, not Boko Haram insurgents in Nigeria. Thus, this claim is false.

Is the Nigerian government set to disburse N30,000 to citizens as Covid-19 lockdown funds?

Is COVID-19 Causing a Mass Conversion to Islam?