Is Akure Airport The Second Fastest Growing Airport By Passenger Traffic In Nigeria? 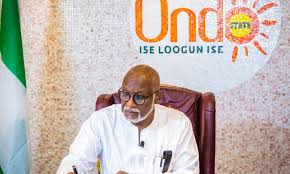 CLAIMS: The Executive Governor of Ondo state recently took to his Twitter handle and claimed that:

CONCLUSION: CLAIM 1 is TRUE while CLAIM 2 is PARTLY FALSE

On May 13, 2019, the Executive Governor of Ondo State, Arakunrin Rotimi Akeredolu, while reacting to a tweet calling for the closure of the Akure airport, claimed that the Akure Airport was rated as the fastest growing airport in 2018 by the Federal Airports Authority of Nigeria (FAAN) and that it would be an unwise decision to shut down an airport that recorded such a large influx of passengers.

“It would be most unwise to shutdown the Akure Airport. In 2018 it was the second fastest growing airport by passenger traffic according to @FAAN_Official (136% growth). We have seen how that has resulted in a new terminal and jobs at the airport. Do not kill progress.”

He further tweeted that the feat would not have been achievable if not for Airpeace and Overland airlines that fly daily into Akure Airport to and from Lagos and Abuja respectively:

“This wouldn’t be possible if not for the strong support given the state by @flyairpeace and @OverlandAirways who fly daily to and from Lagos and Abuja respectively. We continue to appreciate your support in our drive to #DevelopOndo”.

This response by Akeredolu was a result of an earlier tweet by Makinde Araoye, the Special Adviser on Federal Matters to the Ekiti State Governor, who hinted that the construction of a new Ekiti airport will soon commence; and the counter response of Kayode Ogundamisi, a social media influencer and media and communication strategist who tweeted that ” …even Akure Airport needs to be shut down, a lot of airports across Nigeria are vanity projects”.

Verification of the claim using the data gotten from the official website of the FAAN revealed that the governor’s claim is true and that the airport was actually the second fastest growing airport by passenger traffic in 2018.

FAAN’s Operations department headquarters released a data showing the harmonized passenger movements between January and December 2018 with Akure airport taking the second spot with 136.5% growth, after the Kastina Airport took the lead with 148.6% growth.

CLAIM 2: AIRPEACE AIRLINE FLIES TO AND FROM LAGOS EVERYDAY BUT AEROLAND AIRLINE DOESN’T FLY TO AND FROM ABUJA ON SATURDAYS

An Aeroland airline customer care agent also, in a telephone conversation, disclosed to Tribune Online that the airline doesn’t fly from Abuja to Akure nor fly from Akure to Abuja on Saturdays. This makes this claim PARTLY FALSE.

This fact-check was done by a Dubawa Fact-checking Fellow in collaboration with The Tribune Online, the online publication of the oldest surviving newsroom in Nigeria.