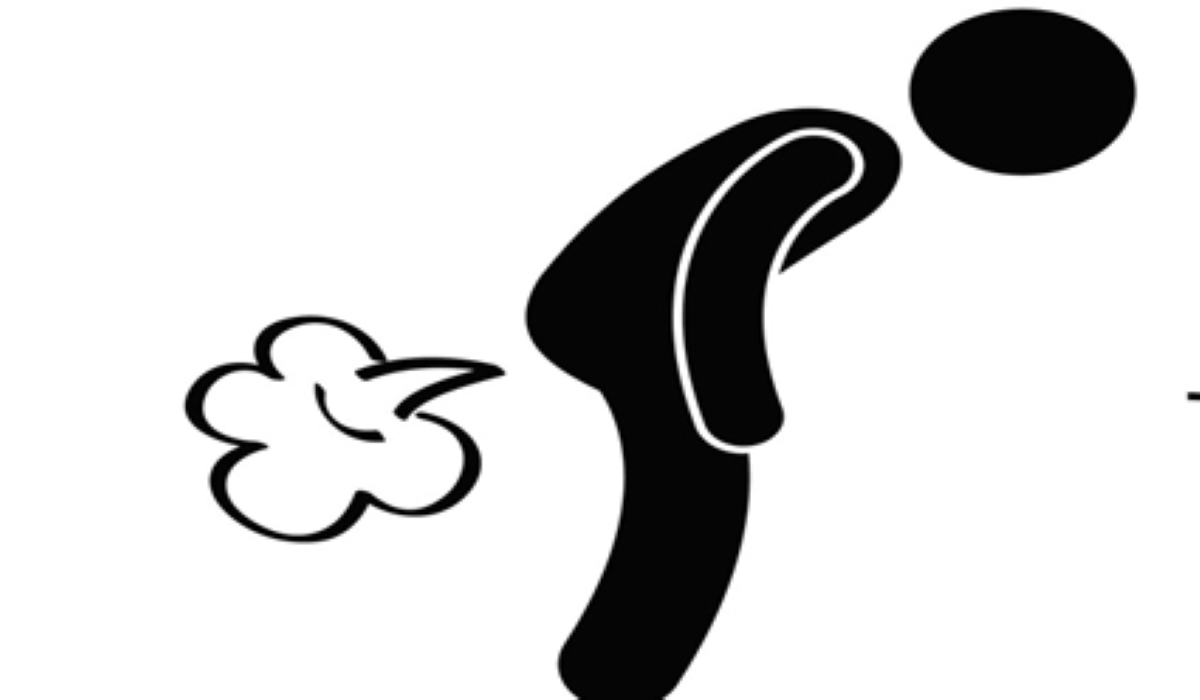 Misleading. There is no link between passing gas and living longer, neither is there any proof that inhaling gas prevents dementia as these studies have shown that the advantage of hydrogen sulfide is not gotten from inhaling the physical gas but by exposing body tissues or cells to the gas.

According to the meme, researchers found that passing wind helps lower the risk of cancer, heart attack, and stroke. The meme noted that the main ingredient in gas passed, which is hydrogen sulfate,  causes the brain to grow stronger and protect the brain from danger when inhaled.

Dubawa conducted a keyword search on passing gas and its benefits. This led to different reports and studies on passing gas which is referred to as flatulence.

A report by World Health Net posited that smelling passed gas can make someone live longer. The report made this claim, quoting two authors from the 2015 study.

In 2019, another report quoting a study with no title or year claims hydrogen sulfide has health benefits when administered in low doses. How to measure this “low dose” was, however, not stated.

Gas collects in two main ways. One is when you swallow air while you eat or drink which can cause oxygen and nitrogen to collect in the digestive tract and two, gases such as hydrogen, methane, and carbon dioxide accumulate in the digestive system as you digest food.

Flatulence has its benefits like reducing stomach pain, a sign of a healthy digestive system, tells if your diet is healthy or not, improves colon health, reduces bloating, etc.

Hydrogen sulphide (H2S) is a colorless gas that smells like rotten eggs. It is the gas that’s released when humans pass gas.

It can also be associated with animal farms, industrial plants, sewers or sewage treatment plants.

Is there a remote use of H2S in the body and in which part of the body?

Although Hydrogen sulfide (H2S) is commonly known as a toxic gas with an unpleasant odor,  in the human body it plays a role as a gaseous transmitter involved in the control of physiological processes.

Studies have shown that H2S increased synaptic long-term potentiation in the central nervous system and exerted the inflammatory and anti-inflammatory effects in vascular endothelium.

It is, however, worthy of note that this effect depends on the concentration of the gaseous molecule.

Researchers believe that H2S may play a potential role in the physiology of the gastrointestinal tract including the mechanism of gastroprotection of gastric mucosa and possibly exerts a protective effect in other parts of the digestive system.

However, the physiological and toxic levels of H2S in the human body remain unclear and most of the mechanisms of action underlying the effects of H2S have yet to be fully clarified. Researchers believe this is the reason its benefit has been neglected.

H2S have been confirmed to exist and have advantages in mammalian tissues.

At a pH of 7.4 in the mammalian body, one-fifth of the total H2S subsists in an undissociated form, with the remaining content existing as hydrosulfide anions (HS−) and sulfide (S2−).

Various studies performed on rat, human, and bovine brain tissues have determined that H2S is present at levels of up to 50–160 μmol/L in tissues and that sodium hydrogen sulfide (NaHS) is one of the physiological donors of H2S.

H2S is principally produced in the liver, kidney, enterocytes, and vascular smooth muscle cells via cystathionase and partially produced in cardiac tissue by Mercaptopyruvate Sulfurtransferase (MST).

A report by Helathline made reference to a 2014 study conducted by a collaborative research team at the University of Exeter in the United Kingdom and University of Texas. This study posited the idea that smelling sulfide could be good.

The study believes mitochondria, the part of the human cell that helps produce energy, could benefit from this gas.

Researchers in this study noticed that when cells in arteries or veins experience damage or stress linked to certain conditions, these cells use the body’s own enzymes to create hydrogen sulfide. So the researchers created a compound they named AP39 that mimicked hydrogen sulfide. They then exposed cells in blood vessels to it.

The result of this was that AP39 was as good as natural hydrogen sulfide at helping mitochondria protect themselves from disease.

Another 2015 study which focused on the effects of A39 (Hydrogen Sulfide) suggested that A39 reduces blood pressure and cures a heart disease.

A similar research in 2018 looked at the evolution of hydrogen sulfide therapeutics to treat cardiovascular disease.

Hydrogen sulfide which was referred to  as H2S in this study was said to broadly influence multiple signaling pathways.

The study noted that H2S multiorgan protective effects render it a promising target for the treatment of cardiovascular disease.

This conclusion was made seeing that in the past 5 to 10 years, substantial progress had been made in the development of novel H2S-generating compounds and in the understanding of the actions of H2S in the cardiovascular system.

It added that selective pharmacological manipulation of mitochondrial H2S may represent a novel approach to preserving mitochondrial function and prevent oxidative stress-induced cellular injury in vivo.

A registrar at the National hospital, Dr U. J. Agim, an obstetrician and gynaecologist, told Dubawa that spread of this information can be harmful.

He urged the public to avoid inhaling any source of the gas as it is when it comes in contact with cells that it is useful.

“So inhaling H2S from the soak away, rotten egg or fart, or other method which it can be produced; either naturally or synthetically might be dangerous. Beside this has not been carried out on humans only in the petri dish and rats. This in the public space may result in the death of a lot of people.

“It appears to be very useful but the real  H2S is harmful. No one should inhale from any source of the gas that could kill them. The compound H2S is introduced through different compounds e.g AP39. When in contact with cells, releases the useful H2S.”

“In the body, compounds/chemicals are passed from one substance to another in various forms, this is quite different from the physical forms we feel. This study is looking at a hydrogen sulfide donor, which is different from its physical gaseous form. It’s also quite a technical study. It cannot be used to prove the usefulness or not of hydrogen sulfide in the body.”

While there are benefits of flatulence/passing gas, there is no link between passing gas and living longer. Also, the claim that inhaling gas may prevent dementia is not true as all studies on the benefits of hydrogen sulfide were not carried out through inhaling the physical gas but by exposing the necessary body tissues or cells to a certain amount of the gas from donors. This makes both claims misleading.