One episode that takes the center stage in the festivities about Nigeria’s birthday is the showcase of cultural multiplicity. No doubt Nigeria is culturally diverse and Nigerians are aware of it too. But how diverse is Nigeria in terms of culture?

A typical Nigerian market resonates with the chattering of diverse dialects like the scene at the tower of Babel. The diversity in culture, language, and beliefs has been attributed to Nigeria so repeatedly that it’s almost a synonym for it. Some propositions even inclined that Nigeria is one of the most culturally diverse nations in the world and home to a myriad of languages and cultures. There also have been certain claims that held Nigeria as home to seven percent (7%) of the total languages spoken on earth, whilst attributing Taraba state alone to have more languages than 30 African countries.

Whatever the case may be, Nigeria has been associated with diversity and even identified by some foreigners as a ‘culturally complicated’ country to live. While other nations in Africa may have one major tribe and other minors, or one major and one minor, like Tutsi and Hutu in Rwanda, Nigeria wields 4 major nationalities and a legion of others that are claimed to be around 250 and more distinct languages.

The place of culture in Nigeria is massively positioned and it takes the center stage in the celebration of independence. Varying from dances to music and parades of fashions, the event is widely illustrated with the conspicuous display of cultural heritage. It is largely demonstrated that Nigeria’s independence not only gave political freedom to a nation but also extended liberation to over 250 ethnic nationalities, with the four largest and most prominent ethnic groups being the Hausa in the north, Yoruba in the west,  Igbo in the eastern part of the country, and Ijaw in the Niger Delta region. Alongside other smaller groups inclusive of Fulani, Kanuri, Ibibio, Tiv, and Edo, etc.

Prior to their conquest by Europeans, these ethnic groups had separate and independent histories. Their grouping together into a single entity known as Nigeria was a construct of their British colonizers.  Because of Nigeria’s independence, most cultures in Nigeria gained the liberty to showcase their unique diets, mode of dressing, mode of production, language, greetings, marriage, mode of socialization, etc. Even values like love, hard work, honesty, bravery, care, extended brotherliness, and filiations are part of what is showcased in Nigeria during national festivals, to show how culture is significant in Nigeria.

However, cultural diversity is always likened to Nigeria, with several propositions lingering concerning claims about centrality of diversity. Therefore, the article explores these areas while attempting to also respond to predominant themes about Nigeria. To identify whether they epitomize and really tell the diversity of Nigeria’s culture? Or if it is perhaps, a mere case of embellishment or understatement.

How diverse is Nigeria culturally?

Nigeria is prominently recognized to have 4 major tribes which are the Igbo, Yoruba, Hausa, and the Ijaw.   However, according to the World Population Review,  Over 520 languages are spoken in Nigeria today. Many of these languages are of either the Afroasiatic language family, the Nilo-Saharan language family, or the Niger-Congo language family. However, the official language is English, a product of British colonial rule. Perhaps it is why the saying ‘Unity in Diversity’ is most often linked to Nigeria’s national integration. Yet, the multi-ethnic nature of Nigeria may put someone at a loss, especially when such ethnic groups begin to display their unique culture, dialect, etc.  To this end, a full list of the 371 ethnicities in Nigeria is provided by Vanguard to better understand the extent of cultural diversity in Nigeria. 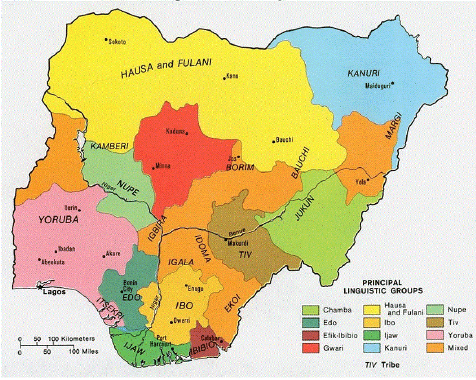 According to a study conducted by the Pew Research Center to determine the most (and least) culturally diverse countries in the world, the results revealed Nigeria to come third in the world after Chad and Cameroon. Nigeria was typically ranked high on the diversity index because of its multitude of ethnic groups and languages. The only western country to break into the top 20 most diverse is Canada. The United States ranks near the middle, slightly more diverse than Russia but slightly less diverse than Spain. 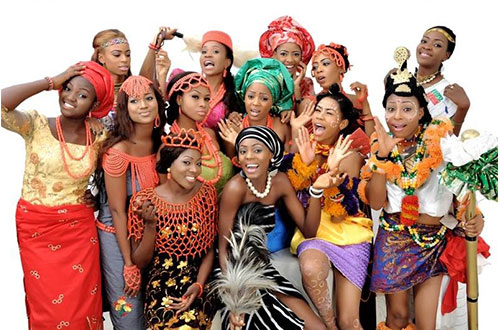 Nonetheless, in a publication shared by the Commonwealth of Nations, Taraba State in Nigeria is said to have about 30 ethnic groups within her orbit, while the city of Lagos is the most culturally diverse city in Africa, having almost all these tribes in Nigeria living in it. As a result of these facts, it could be said that the cultural diversity of Nigeria is neither underrated or overrated.

It is no more a debate that Nigeria is well diverse in terms of culture and language. Known to be home to about 371 nationalities and the 3rd most culturally diverse country in the world, Nigeria is beyond question a poster-child of ‘Unity in diversity’. However, as the nation celebrates its 60th birthday, one important thing that should be remembered is that these cultures and nationalities are what makes Nigeria what it is–a salad bowl of cultures.

Did Akpabio deny his statement at the NDDC Probe?

Did President Buhari sign a new Police bill to allow officers arrest without a warrant? Yes!

COVID-19 Immunisation Plot is a Hoax!