The vacant skirmish over the ownership of Edo Modular Refinery 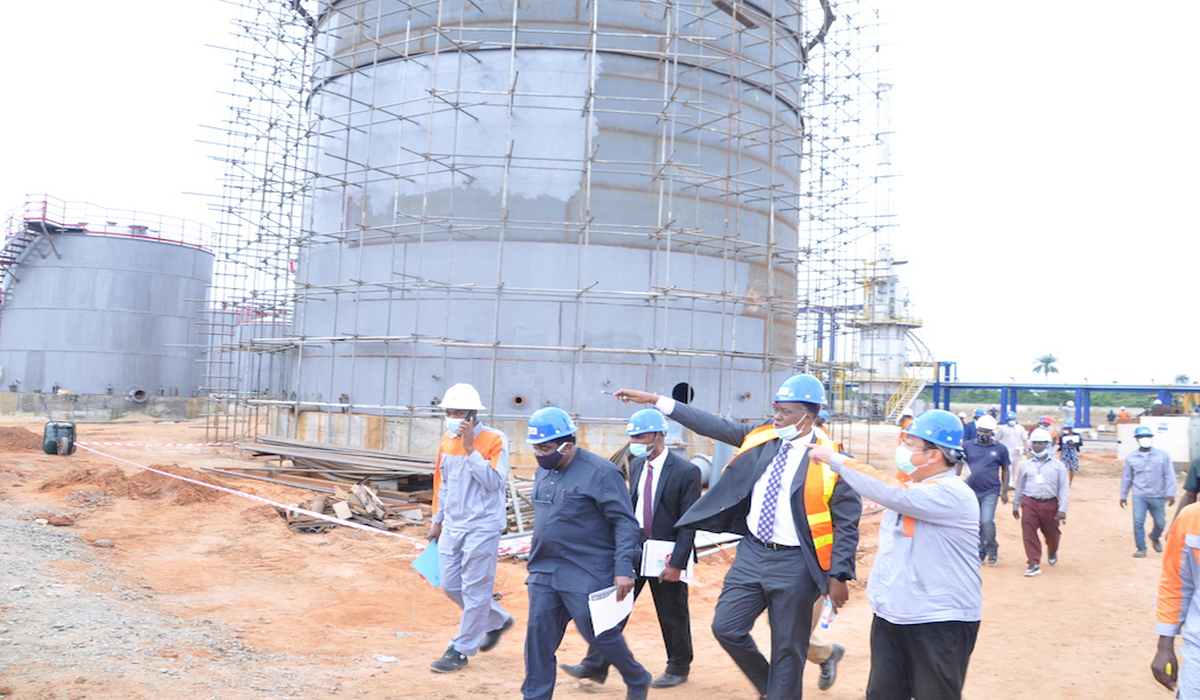 The Peoples Democratic Party (PDP) in a recent tweet claimed that the Edo Modular Refinery is the “project” of Governor Godwin Obaseki, explaining that the governor “invested millions as counterpart funds” in its development.

Claiming the Edo Modular Refinery is the “project” of Governor Obaseki is misleading as the refinery is owned by a private company. The state government has also admitted it does not own the refinery.

As the Edo state governorship election draws nearer, there have been recurring claims and counter-claims over whether or not the Edo Modular Refinery can be considered Governor Obaseki’s “project”.

The PDP in a tweet on Monday, August 24, claimed that the Edo Modular Refinery is the “project” of Governor Godwin Obaseki.

“The Edo State government under @GovernorObaseki, invested millions as counterpart funds in the development of Edo Modular Refinery. The refinery is the Governor’s project as well as other laudable achievements of @GovernorObaseki. Ize-Iyamu is a liar. #EdoNoBeLagos,” the party tweeted, in response to the claim of Osagie Ize-Iyamu, the APC governorship candidate, that the Edo governor has no project in the state.

In Nigerian political vocabulary, saying a politician owns a project or that it is his legacy means that he facilitated the project or that the said project was initiated or completed during the governor’s tenure. Most times, the funding channels are usually not taken into consideration.

However, the PDP’s claim appears to contradict an earlier statement by the All Progressives Congress (APC) that the Edo Modular Refinery is privately-owned and does not belong to the government.

“The state government must come forward and show its exact contribution to the project in question,” the Edo State Campaign Council of the APC said through its spokesperson, John Mayaki.

Does Obaseki truly claim ownership of the project?

Legit.ng conducted a keyword search on the Edo Modular Refinery and found no media reports where the governor specifically claimed ownership of the project.

In a report published by The Guardian on August 5, Governor Obaseki, through his spokesperson, Crusoe Osagie, said the refinery was “birthed through a Memorandum of Understanding (MoU).”

However, just like the PDP, Osagie also referred to the refinery as a key “legacy project” of Governor Obaseki.

He said the modular refinery is “among the growing list of ongoing legacy projects through MoU with local and international private investors.”

Osagie’s statement regarding the refinery was also published here.

Meanwhile, Osagie in another separate response to the APC did not debunk the party’s claim that the project does not belong to the state government.

Also, Jack Obinyan, a senior special assistant to Governor Obaseki on new media, said in a tweet that the APC’s claim that Obaseki or the Edo state government claimed sole ownership of the project is a lie.

“We told them about the modular refinery MOU, they laughed at it and tagged it as ‘Mr MOU’,” he tweeted.

“When they saw the MOU was coming to reality they quickly spin-doctored and lied on us that we said the refinery belonged solely to Obaseki/EDSG.”

The refinery, Edo Refinery and Petrochemical Limited is “fully owned and developed” by AIPCC Energy Limited.

“It is located in Ologbo, Ikpoba Okha LGA of Edo State. The project is executed in two trains of 1,000BPSD; and 5,000BPSD, and will be fully operational by September 2020.”

“The state government supported this project with a support fund of N700 million which will be paid back to the government when production commences.

“This was a catalyst to the project to ensure quick take off and an incentive programme to attract manufacturing companies to the state.”

Does having a redeemable preference share in the project make Edo state government a part-owner?

“Generally preference shareholders are not entitled to vote as ordinary shareholders, and they are not eligible to the residual value of the company.

“Redeemable preference shares are technically debt to be treated as a loan which does not entitle the holder to be a part owner of the business beyond their claim to the loan granted.”

Oyedele, however, noted that one may need to get a copy of the preference share agreement to conclude whether or not the Edo state government can claim being a part-owner.

While AIPCC and Edo state government do not make available the details of the preference share agreement on their respective websites, AIPCC had said in a statement that the state government’s “support fund” will be “paid back to the government when production commences.”

The refinery project, as the APC claimed, is not owned by the Edo state government. However, contrary to the APC’s allegation, the state government did not claim ownership of the project. PDP’ s claim is misleading.