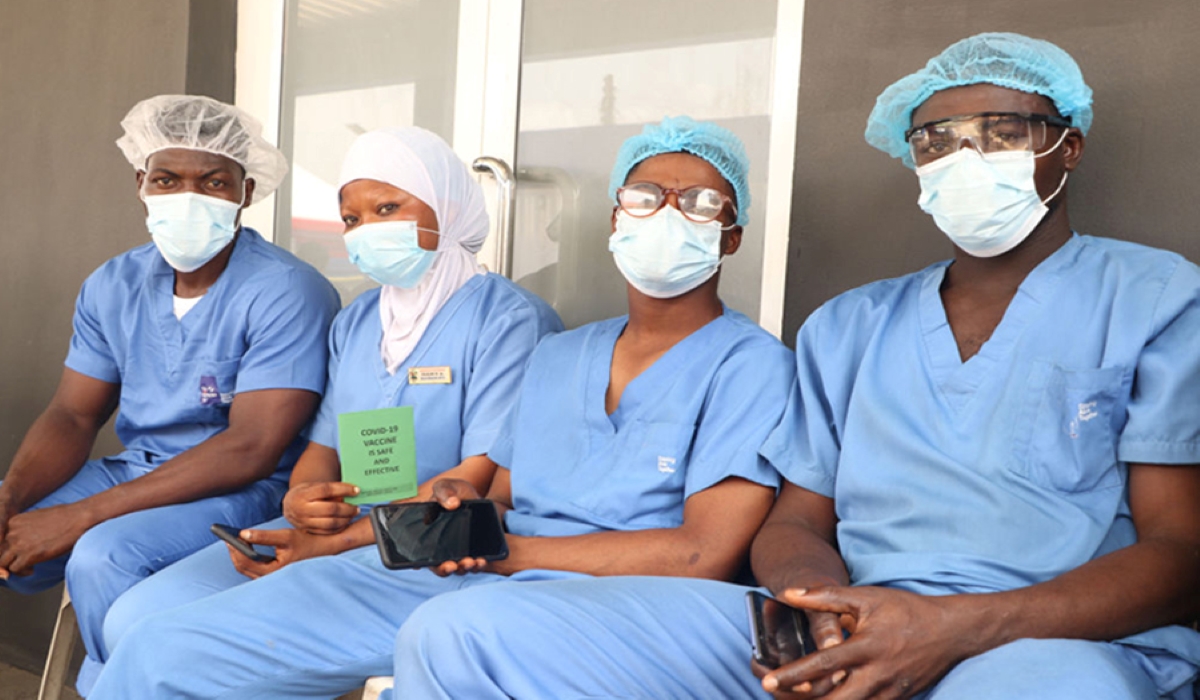 The claim that the FG debited allowance paid to resident doctors to call off strike is true.

A twitter user The Bearded Dr Sina (@thebearded_sina) tweeted on October 13, 2021 that the federal government is debiting resident doctors across the country for the allowance initially paid to them to call off their recent strike.

He wrote, “The Federal Government did the unthinkable to NIgerian resident doctors.

“Part of the demand for the strike to be called off was to make some payments for residency training, after some payments were made.

“FG started debiting people and removing money from people’s accounts, the same amount that was paid was removed” he posted.

The tweets within two hours of its posting garnered about 563 likes, 634 retweets and 167 quoted tweets.

The National Association of Resident Doctors (NARD) had commenced an indefinite strike across the country on Monday, August 2, 2021.

This action followed a directive issued on July 31, 2021 at the end of the executive meeting of the National Executive Council (NEC) of the union held in Umuahia, the Abia State capital.

This disclosure was made by the National President of NARD, Dr Okhuaihesuyi Uyilawa, while briefing the press after the meeting, where he announced that members have been asked to proceed on a nationwide indefinite industrial action.

According to the Union’s president, “We are embarking on a total and indefinite strike on August 2, 2021. You can recall we had a memorandum of action on March 31, 2021, and had an addendum to it on April 9, and since then, we still have had irregularities in the payment of salaries to the house officers.

“We had issues with them being non-regular payment and as part of the memorandum of action, it was said that they should be captured back into the IPPS platform,” he added.

During the strike, there was disagreement between the striking doctors and the federal  government over the arrears of salaries owed.

The Minister of Labour and Employment, Chris Ngige, while speaking at the opening of the meeting of the Presidential Committee on Salaries with the leadership of the Joint Health Sector Union (JOHESU) in Abuja on September 6, 2021, more than a month after the strike began, has said that contrary to what he described as propaganda by the striking members of the National Association of Resident Doctors (NARD), no doctor or health worker in Nigeria is owed their monthly salary.

According to the minister, the “fumes from the propaganda machine of NARD were obfuscating the reality of the Federal Government’s efforts to re-position the health sector.”

“NARD goes about telling Nigerians that the government is owing them salaries and that the government is not taking the problems in the health sector seriously. But this is not true. It is incorrect. No doctor, nurse, pharmacist or any other health worker including the driver is owed monthly salary. Government pays as and when due,” Ngige was quoted as saying in a statement by the Ministry’s Deputy Director Press and Public Relations, Charles Akpan.

Despite a series of meetings between the Federal Government and the striking doctors, no resolution has been reached.

While the Federal Government insists that the demands of the doctors have been met, the doctors insist otherwise.

Some of the issues raised by the medical practitioners include the immediate payment of all salaries owed to all house officers, including March salaries (regardless of quota system) before the end of business on March 31.

They are also asking for an upward review of the Hazard Allowance to 50 percent of consolidated basic salaries of all health workers and payment of the outstanding COVID-19 inducement allowance, especially in state-owned-tertiary institutions.

The Minister of Labour and Employment had in the wake of the disagreements threatened to invoke the “no-work, no pay” rule on NARD.

But the NMA has thrown its weight behind striking doctors and other health workers.

“Monthly salaries are done as and when due for those legitimately employed by the Federal Government but not to those illegally employed and who need their appointments regularized and captured in the finances of the government for payment. This takes a process which is not accomplished overnight.”

The strike was finally called off on October 4, 2021 via a communique signed by the Nigerian Medical Association, Secretary-General Ekpe Philips Uche, after the meeting held among delegates of NMA and NARD  in Abuja, where the NMA advised NARD to stop the ongoing industrial action.

At the meeting, NMA mandated the National Officers Committee, NOC, to ensure the implementation of the memorandum of understanding signed with the federal government on August 21.

The doctors’ strike was on for nine weeks, crippling activities in public tertiary hospitals across the country, leaving patients stranded.

Responding to an enquiry about the claim from Dubawa, the Chairman of the National Association of Resident Doctors of University of Ilorin Teaching Hospital branch, Dr Badmus Habeeb, confirmed the claim to be true.

“It’s true we are being debited. However, the reason they gave was that they paid some of us wrongly using a list that was not updated. Hence, they paid some doctors who have left the system.

They claimed once they recoup all the funds in our accounts, “they will now use the appropriate list”, he stated.

The Assistant General Secretary of the branch, Dr Anaduaka Christopher Obinna, confirms while corroborating the claim that about 50 members of the union were affected including him.

He said that in his own case, he had used the money paid into his account, but when the deduction started, he saw his account in the negative. This means that any money that comes into the account is automatically deducted until full pay back.

He added,“They (National body) are currently meeting with the federal government. And the Head of Service of the federation says everyone will be debited because a wrong list was used.

“The official list approved by NARD and the National Post Graduate College unfortunately  was not used, for reasons best known to them.”

Speaking in the same vein, the Secretary of the Nigeria Medical Association Kwara State Chapter, Dr. Tijani Rasheed, stated that the union in the state is aware of the incident.

According to him, “You are aware the NMA at the National level was involved in ensuring that resident doctors suspend their strike, so when the doctors start getting debit alerts they inform us and the National body is meeting the government to ensure the mistakes are corrected.”

Given the evidence available, the claim that the Federal Government debited resident doctors across the country for the allowance initially paid to them to call off their recent strike is true.