Viral picture of a boy drinking polluted water, not from Niger Delta! 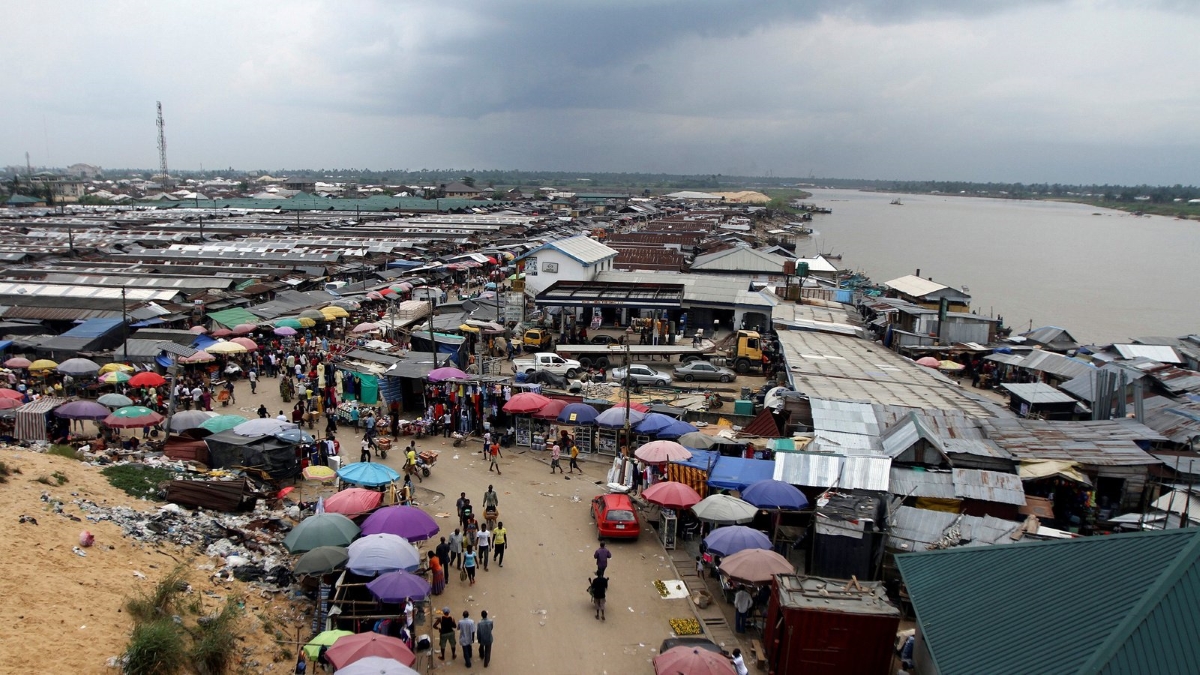 A Facebook Page, IPND (Indigenous People of Niger Delta), with a followership of 42,158 users, published the insert photo of a boy drinking from a polluted stream. The story [on this page] claimed that the image, posted on July 9, 2019,  was the source of water for the residents of Egbema Kingdom, a community hosting key oil and gas firms in the Niger Delta region of Nigeria.
Additionally, a website, SweerGlobal,  captioned the same photo of the boy drinking contaminated water as “Bayelsa Boy Drink Dirty Water.” The site further claimed that “30 million Niger Delta residents drink from this river.”

Both claims that the photo was taken from the Egbema Kingdom and Bayelsa State in the Niger Delta region of Nigeria are false. The contaminated river is not the source of water for residents of Egbema Kingdom. It is also not true that 30 million Niger Delta residents drink from the polluted river in the photo. A reverse image search showed the photo was taken in Akpatoeme, in the municipality of Ketu North, Ghana.

Similarly, a website, SweerGlobal, used the same photo to illustrate an article entitled “Safe Water for Delta Region Kids” claiming the picture is from Bayelsa.

The genesis of the photo in question

A simple google search of the photo returned about 520 results. These results indicate that the image has been used several times on different social media platforms in the past. Moreover, online searches showed contradictory claims by different users on the exact location of the image. For instance, a website of the Diocese of London of the Church of England captioned the photo in an article as “a child drinks polluted water after Cyclone Idai in Mozambique”.

In Nigeria, many internet-based platforms have used the image for fundraising awareness on the need for clean water in rural areas, such as the one by SweerGlobal, and by Africa Education Partnership to illustrate governance failure in sub-national levels such as in the post by IPND Facebook Page.

The Exchangeable Image File Format (EXIF) data of the photo, which could reveal the exact location coordinates of the image, have been erased on the version shared on the IPND Facebook Page.

The disappearance of the EXIP on the photo may not be unconnected to Facebook stripping of such information from images specifically to prevent privacy violations.

“People of Akpatoeme in the Ketu North Municipality of Volta region are crying to the government for help over lack of potable water in the community,” the post published with the photo on MyNewsGH said.

Subsequently, after MyNewsGH published it, Ahiabli Genuine Ernest Bishop posted the photo on his Facebook Page. Ahiabli further accompanied the image with the comment: “… Everybody in this village of Akpatoeme in the Ketu North Municipal is exposed to health hazard as their only source of water is not safe for consumption.”

When contacted through his Facebook Page, Mr Ahiabli confirmed he took the photo in Akpatoeme, the location of the river, in the photograph.

“After all our shouting about this problem, we still depend on this bad water for survival,” he said.

He supplied more pictures, which he took the same day, to support his claim.

Based on the evidence gathered during verification, the claims that the viral image of a boy drinking from a polluted river was taken from the Egbema Kingdom and Bayelsa State in the Niger Delta region of Nigeria are false. In truth, the photograph originated from Akpatoeme, in the municipality of Ketu North, Ghana, as was revealed by a reverse image search.

This fact-check is a republished article from Daily Trust per our Dubawa 2020 Fellowship partnership with newsrooms and media organisations.