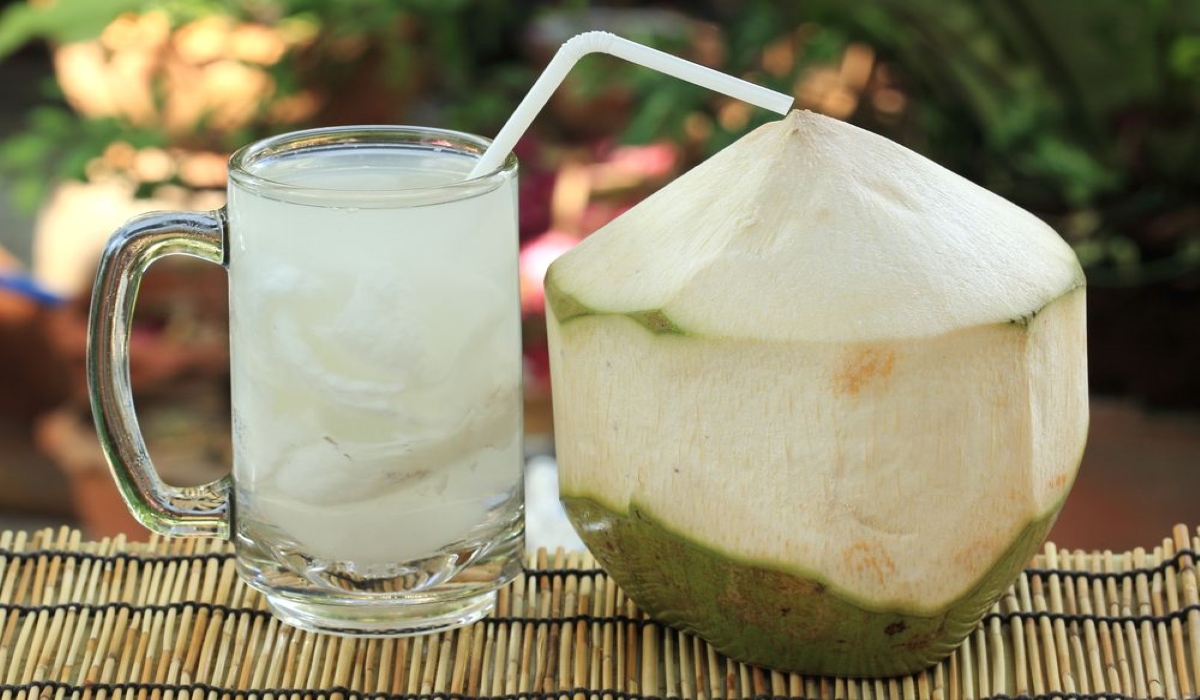 Claim: A viral message on WhatsApp, and several other social media platforms claimed that hot coconut water cures all types of cancer.

This message is misleading as this method has not been scientifically proven.

A viral WhatsApp message had claimed drinking hot coconut water can cure all forms of cancer.

It advised  readers to add hot water to some thin slices of coconut flakes and the product  will become ‘alkaline water.’

The claim says hot coconut water releases ‘an anti-cancer substance’ that has served as a proven remedy to all types of cancer.

The message was said to have originated from Dr Abbas Hussain Kazmi of Sheikh Zaid Hospital although the location of the hospital (country) was not included. See the full message in the following screenshot:

The Whatsapp message had also been visible on some websites.

Coconuts, basically identified as fruits, are common in tropical areas throughout the world. Like every other fruit, the coconut has its health benefits; hence, it is not uncommon that such claims  surface.

Coconut water (coconut liquid endosperm) is the clear liquid found inside immature coconuts. It is the juice found in the centre of a young, green coconut that helps nourish the fruit.

As the coconut matures, some of the juice remains in liquid form while the rest forms part of  the solid white flesh known as coconut meat.

It is necessary to note that Coconut water is different from coconut milk. Coconut milk is obtained by removing and grating the hard, white flesh and squeezing out the milky juice.

There have been researches into the many benefits of coconut water, many of which have recognized its chemical properties.

From previous studies, the chemical compositions of coconut water have been identified as Phytohormones  (a group of naturally occurring organic compounds that play crucial roles in regulating plant growth in a wide range of developmental processes).

Coconut water is rich in carbohydrates and electrolytes such as potassium, sodium, and magnesium.

Relatedly, a study has found that high plasma levels of vitamin B6 and folate may reduce the risk of breast cancer. Also, the presence of ascorbic acid (Vitamin C) in the natural coconut water was correlated with dietary antioxidant properties. The term “antioxidant” refers to any molecule capable of stabilizing or deactivating free radicals before they attack cells.

Free radicals are unstable atoms that can damage cells, causing illness and ageing. They produce progressive adverse changes that accumulate with age throughout the body. These could manifest as diseases at certain ages determined by some genetic and environmental factors. Cancer, a major cause of death, is a salient “free radical” disease.

With all of the above-listed components, other benefits of coconut water range from rehydration, though there is no sufficient evidence for this. A previous study had also tested the potency of coconut water in curing diabetes, albeit in rats.

At no point was coconut water mentioned as the sole remedy for all types of cancer.

Cancer is a disease that results when cellular changes cause the uncontrolled growth and division of cells. A cell receives instructions to die so that the body can replace it with a newer cell that functions better. Cancerous cells lack the components that instruct them to stop dividing and to die.

According to a report by the World Health Organization, cancer is a leading cause of death worldwide, accounting for nearly 10 million deaths in 2020. It identified the most common cases of cancer as breast cancer, lung cancer, colon and rectum cancer, prostate cancer, skin cancer, and stomach cancer.

From checks by Dubawa, there is currently no scientific evidence to support the idea that alkaline water can either treat or prevent cancer.

When contacted, a hematologist, Madu Anazoeze, a hematologist at the Institute of Molecular Medicine and Infectious Diseases, University of Nigeria, Enugu Campus, said the message was a hoax as there was no single remedy for all types of cancer as there are different causes of each cancer type.

According to him, it is scientifically impossible to have such. He likened the coconut water to a multivitamin tablet, following its chemical compositions.

He warned that people with cancer should take their drugs and see their doctors.

“I don’t trust such messages. The composition of the coconut water makes it just like a multivitamin tablet. I think bananas contain all these.

“Looking at it from the background of science, I don’t think it is possible. The method has to be put to test first, for people that are ready to take it when they have cancer but I don’t think that is true.

“It doesn’t make sense scientifically. I would advise people to take their drugs and see their doctors based on the kind of cancer they have. There is no single drug that cures every type of cancer, that is an impossibility.”

A family medical practitioner, Segun Bankole, said such claims had better be debunked as it can cause a lot of dangers to people who are already treating cancers.

He stated that people in this category when exposed to such messages are likely to leave their normal drugs, stop going for their check-ups, and start taking this remedy.

He observed that the claim is yet to be scientifically proven, urging any researcher who had successfully used this method to document methods and procedures used to achieve the result so that it can be replicated elsewhere with the exact same result.

He added, “Anyone that has cancer should go to the hospital and get properly checked, properly diagnosed and treated. Some cancers are curable, not all cancers are absolutely deadly. Instead of wasting time and taking coconut water, anyone could have written that piece and posted it online and people will start spreading it and that is very dangerous because the tendency is that people will leave their normal drugs, stop going for their check-ups and start taking this remedy.

“Those are dangerous things that should not be spread. I have seen a lot about fruits that people are claiming cures cancer but none of this has been medically proven.

“In medicine, if you do research and you get a result here in Nigeria, they must be able to do it exactly the same way and get the same result in England, Italy, it must be replicable. That’s what science is all about. The thing is, a lot of people have said many things about coconut water but I have not heard any claim of cancer cure or anything like that.

A Public Health expert, Jide Aremo, also said the claim is unproven and cannot be followed for lack of evidence.

Doing a keyword search, Dubawa observed that the same message had been circulated in 2019 and attributed to Dr Rajendra Badwe, Director of Tata Memorial Centre, one of the leading hospitals for cancer care in India.

However, Badwe’s office debunked the statement, alienating the scholar from such claims.

It was also debunked by a Medical Oncologist in India, Manish Singhal.

He said, “There’s news on coconut water that making it hot cures all types of cancer. “Coconut water is very good for the body, it helps keep you very hydrated but making it hot and then taking it and expecting that it will heal all the cancer types is not a correct statement. Please don’t try to do anything with this, it is so absurd.”

Conclusion: Coconut water is said to be good for the body but has not been proven yet to be capable of curing any type of cancer. Also, information that coconut and hot water transform into alkaline water has been debunked. Cancer patients have been advised to see their doctors to know the best treatment method that suits their type of cancer.