VP Osinbajo’s claim not true: State House Clinic not for all Nigerians 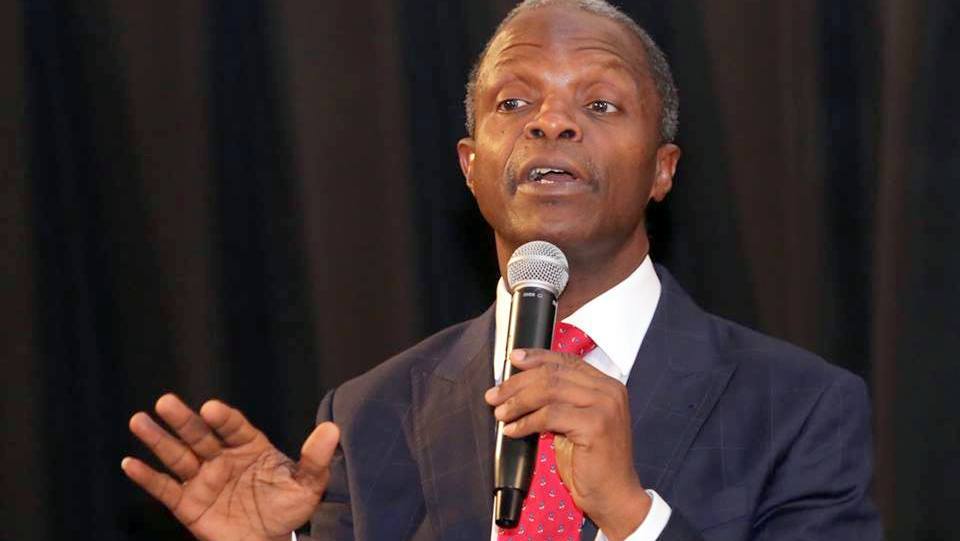 Nigeria’s Vice President, Yemi Osinbajo, is well regarded across the country as a stickler for truth and integrity. But PREMIUM TIMES can authoritatively report that the nation’s number two citizen did not tell the truth regarding who can receive healthcare at the State House Medical Centre in Abuja.

Mr. Osinbajo had on February 26, in Lagos, said the state house clinic was open for use by all Nigerians.

The vice president was responding to questions at the Pastors and Leaders Retreat of the Fountain of Life Church, Ilupeju, Lagos.

He said the medical centre was a well-equipped general hospital always open for use by the public.

However, when PREMIUM TIMES visited the hospital on May 4 and 7, the Vice President’s claims were found to be untrue.

The question Mr. Osinbajo answered at the event was triggered by a PREMIUM TIMES report of February 2 indicating that the presidency planned to spend more on the State House Clinic than on all the federal teaching hospitals in the country.

Based on the budget proposal in the public domain at the time, the clinic was billed to gulp N787million more in capital allocation than all the 16 federal teaching hospitals combined.

The State House Medical Centre provides services for President Muhammadu Buhari, Mr. Osinbajo, their families and employees of the Presidency.

The 72-bed clinic thus offers services to less than 1, 000 Nigerian elite. But the 350-bed Abuja National Hospital, which caters for millions, got far less in capital allocation.

The same situation applied at the federal teaching hospitals across the country which bed spaces triple that of the state house clinic and cater for millions, train medical doctors and allied health professionals while also serving as medical research centres.

The February 2 report triggered outrage across the country with citizens and activists calling on government to review the funds allocated to the state house clinic downward while pumping more money into health facilities open to millions of Nigerians.

To deflate the mounting criticism of government at the time, Mr. Osinbajo claimed the hospital was open to all Nigerians and that it should not be considered an exclusive preserve of presidency officials.

He said he even preferred that the facility be further equipped to provide higher medical services to those in need.

But our reporter, who sought to access treatment at the facility on two occasions, gathered evidence which countered Mr. Osinbajo’s claim.

The qualification assessment and blockades

The qualification assessment for treatment at the State House Clinic began over one kilometre away from the facility.

The assessment was not done by health workers but by army officers who mounted blockades.

An army officer stopped our correspondent at the security post on the road leading to the hospital at 11.55 a.m. on Wednesday, May 4.

The security check was not limited to PREMIUM TIMES correspondent but to all those going into the exclusive zone.

“Hello, madam, where are you going?” the young soldier asked.

Upon being informed that she was headed to the State House Clinic, he continued, “Do you work there?”

The reporter responded that she was ill and needed to see a doctor.

“Are you entitled to treatment there,” the soldier asked.

Our correspondent sought to know what he meant just as the officer continued, “Do you have a card?”

The officer, who had no name tag, waved the reporter on when she explained that she was referred by another doctor to see a specialist at the facility.

At the gate to the clinic, another soldier in civilian attire waved the reporter down, asking the same questions his colleagues asked.

When our correspondent repeated her earlier responses, the officer raised his hand and the automatic barricade went up welcoming PREMIUM TIMES into the health facility.

At 11.59 am, when out reporter got inside the facility, she met a senior health officer at the General Out Patients Department (OPD), who gave her name simply as Matron Ahmed.

“Are you entitled to treatment here,” was the first question Matron Ahmed asked PREMIUM TIMES.

Our correspondent immediately engaged her in a friendly conversation.

“Where do you work,” the health official asked.

When told that she works in a newspaper house in Lagos, Matron Ahmed replied, “This one is presidency. It is mainly for presidency. It’s just like in the states, you have government house clinics. This is state house clinic for the presidency. So, it is meant for only those who work in presidency,” the matron said.

Besides the hospital not being open to all Nigerians, family members, including children of workers at the presidency who are above 18 years old are not entitled to treatment at the facility.

The rule, PREMIUM TIMES learnt, applies even if the ward is a student or unemployed.

When asked if our reporter could access treatment if a family member works in the presidency, the official said, “You are already above 18 and already working. You can’t access treatment here.”

She, however, explained that it was nothing personal but that it was organizational policy, adding that she was equally affected by the policy.

“Though I am working here, I took my father to Garki hospital. We have an eye clinic here,” the health official said.

Patients attended to while that discussion took place were first asked their ages. That information was cross-checked from the computers in the office.

Our correspondent also found that while the State House Clinic is digitized, teaching hospitals in the country are still struggling with dusty paper files with many patients’ files often reported missing.

The endless queues witnessed in other government-owned hospitals are non-existent at the State House Clinic.

Confirming the quality of services provided at the facility, the matron said, “We are good here at the state house clinic. We have to set the pace. So, if people complain about us, what will happen to others? It will be terrible. So, we have to set the pace no matter what.”

After explaining that she (the reporter) wasn’t qualified for treatment at the facility, the matron recommended Garki General Hospital to our reporter for physiotherapy and Asokoro General Hospital for psychiatry care.

But not without a motherly advise.

“Don’t mind the delays you will meet there and the attitude of the health officials you may encounter. All that should matter to you is getting the needed services,” Matron Ahmed advised.

The Senior Special Assistant on Media and Publicity to the Vice President, Laolu Akande, confirmed that members of the public cannot access services at the presidential clinic.

In an email to this newspaper which he titled “Response to PREMIUM TIMES inquiry on access to Aso Rock Clinic,” Mr. Akande stated, “It is true to say that the State House Clinic is not open to everybody.”

Explaining further, he said the vice president initially thought the State House Clinic was an exclusive medical centre for the President and the Vice President.

According to him, Mr. Osinbajo has since discovered that the 72-bed clinic is used by staff of the Presidency and their families as well.

Mr. Akande did not say why the vice president claimed the facility was open to all Nigerians when he knew all along that it was exclusively for presidency officials.

“Information from the Medical Director of the Clinic also indicates that on recommendations, non-government officials are also able to use the clinic. The point is that the clinic is not exclusive to the President and the Vice President, but open to a wider range of Nigerians,” Mr. Akande said.

But Mr. Akande’s argument is contradicted by what is published on the website of the presidential health facility.

A post on the site reads, “The State House Medical Centre provides medical services to the President, Vice President and their families, aides, staff of the State House and other entitled public servants.”

A repeat visit to the presidential clinic on Saturday, May 7, validated PREMIUM TIMES’ earlier experience as the norm at the health facility.

Again, our reporter’s qualification for healthcare at the medical centre was assessed right from the outer gates by a security official and was again screened at the clinic’s gate, just like it was during the first visit.

“Ordinary Nigerians can’t use this clinic,” was a common phrase on the lips of all State House Clinic health officials interviewed for this story.

“May be they want to make it open to all Nigerians, but as at this moment that you are speaking to me, the clinic is not open to Nigerians. Indeed, this hospital has very good facilities and services that can serve Nigerians but isn’t doing that yet,” an official who cannot be named for concern she might be punished, said.

“There is no iota of truth in that claim that non-presidential workers use here. This place is not a general hospital. Even our children who are above 18 years-old are not entitled to treatment here. You have been lied to,” a doctor at the facility told PREMIUM TIMES.

“You know, in Nigeria, some are more equal than others.”