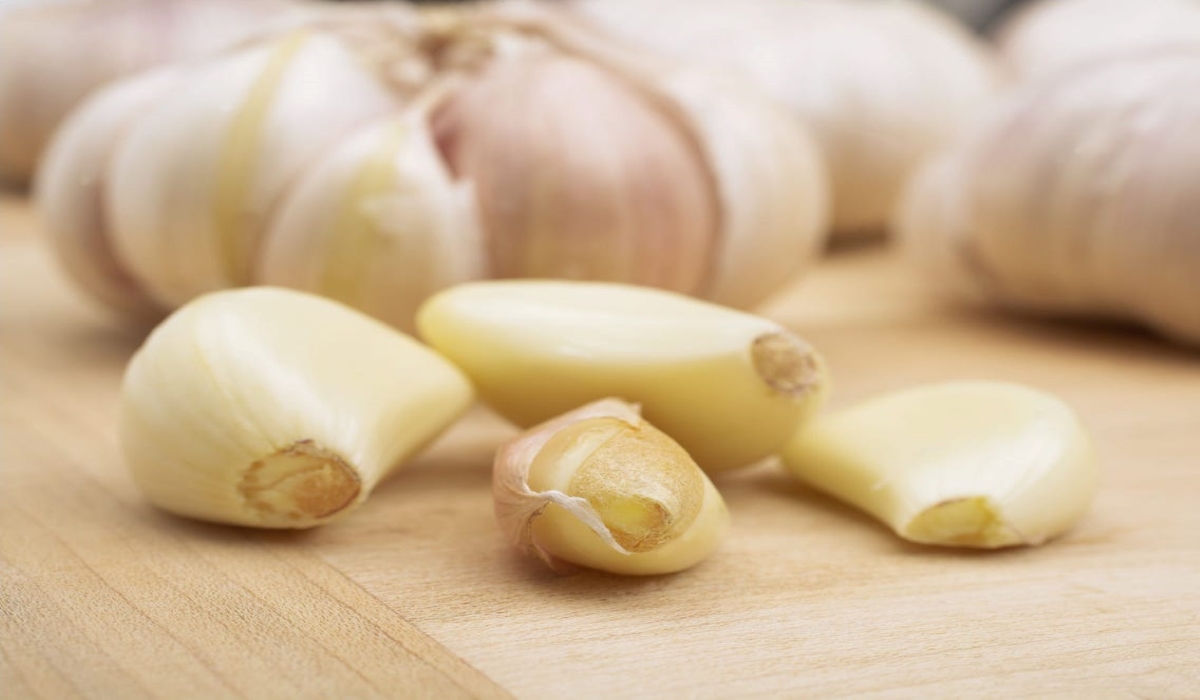 While studies have shown properties of Garlic in naturopathic ear drops helps in ear infection, it is not recommended to put Garlic cloves in the ear as positive effects of such invasion has not been proven.

Naturopathic medicine/treatment is a system that uses natural remedies to help the body heal itself. It embraces many therapies, including herbs, massages, acupuncture, exercise, and nutritional counselling.

Garlic is a plant in the Allium (onion) family closely related to onions, shallots, and leeks. Each segment of a garlic bulb is called a clove. There are about 10–20 cloves in a single bulb, give or take.

A meme making the rounds claims Garlic helps remove pain in the ear, helps with ear infection and headaches. According to this meme, putting a clean garlic clove in the ear provides relief, like an earplug.

“Garlic helps remove pain in the ears, ear infections and headaches quickly and effectively. simply put a clean garlic clove in your ear- it fits perfectly in the ear, as an earplug until you feel relief.”

Dubawa conducted a keyword search on Garlic and its health benefits. A report by Healthline noted that garlic has scientifically proven benefits which include its antiviral, antibacterial, antifungal properties, and anti-inflammatory and pain-relieving properties.

This report also makes reference to two studies that Dubawa traced and studied.

One of the studies done in 2001 with 103 children who had ear pain from middle ear infections, found that naturopathic ear drops containing garlic (Allium sativum) and other herbal ingredients were just as effective in managing ear pain as over-the-counter (OTC) ear drops.

The study is titled “Efficacy of Naturopathic Extracts in the Management of Ear Pain Associated With Acute Otitis Media”.

The second study on naturopathic ear drops found that the ear drops, when used on their own, may be more effective than anesthetic (numbing) ear drops to treat ear pain in children.

Dubawa also researched other studies on garlic and ear pain and found a 2019 study that investigated the inhibitory effect of four garlic derivatives on microorganisms commonly isolated in ear infections.

The study result shows that both Allicin (an organosulfur compound obtained from garlic) and SAC showed antimicrobial activity against the tested microorganisms, even at low concentrations.

Dubawa’s search also led to a report of a man in China who ended up in the hospital after trying to cure an ear infection by shoving a clove of garlic into his ear.  According to the man identified as Mr Kang who had this clove stuck in his ear for two months, he read somewhere online that garlic was a good anti-inflammatory, so he put one in his ear.

While studies have shown properties of Garlic in naturopathic ear drops helps in ear infection, it is not recommended to put Garlic cloves in the ear as such invasive activity has not been proven to be medically effective.