No! Onitsha is not the third most populated city in Africa

CLAIM: Onitsha is the 3rd most populated city in Africa after Lagos and Cairo.

The claim that Onitsha is the third most populated city in Africa is FALSE as the city is not among the top five most populated Nigerian cities in 2021.

Africa is a continent that is rapidly expanding in terms of population, and this is reflected most clearly in its various sprawling urban populations.

Nigeria, with some notable large cities, is the 7th most populated country in the world.

A Twitter user Arum na-aso mkpali gwoo gwoo (@AfamDeluxo), on Wednesday, July 14, 2021, made a claim in a tweet that Onitsha in Anambra State, South-East Nigeria is the most populated city in Africa, after Lagos and Cairo.

He stated that the Northern population is a myth and that landmass does not equal human beings.

He concluded the tweet by writing. “Festus Odumegwu who is the former chairman of National Population Commission uncovered the claim and wanted to fix it, but a former governor of Kano state, Rabiu Musa Kwankwaso and other Northern leaders fought him endlessly and made sure he was sacked.”

Screenshot of the tweets

One of those who saw the tweet posted a comment agreeing with the post, “I thought we all know this? …. exactly why they have been posing Kano (their headquarter for rigging elections) as the most populous after Lagos.

Screenshot of some comments affirming the claim

Further search on world population review shows that Cairo, the capital of Egypt, was adjudged the largest city in Africa with the 2021 population now estimated at 21,322,750.

Screenshot of Cairo’s population from 1950

Second is Kinshasa, the capital of the Democratic Republic of Congo, with a 2021 population now estimated at 14,970,460. 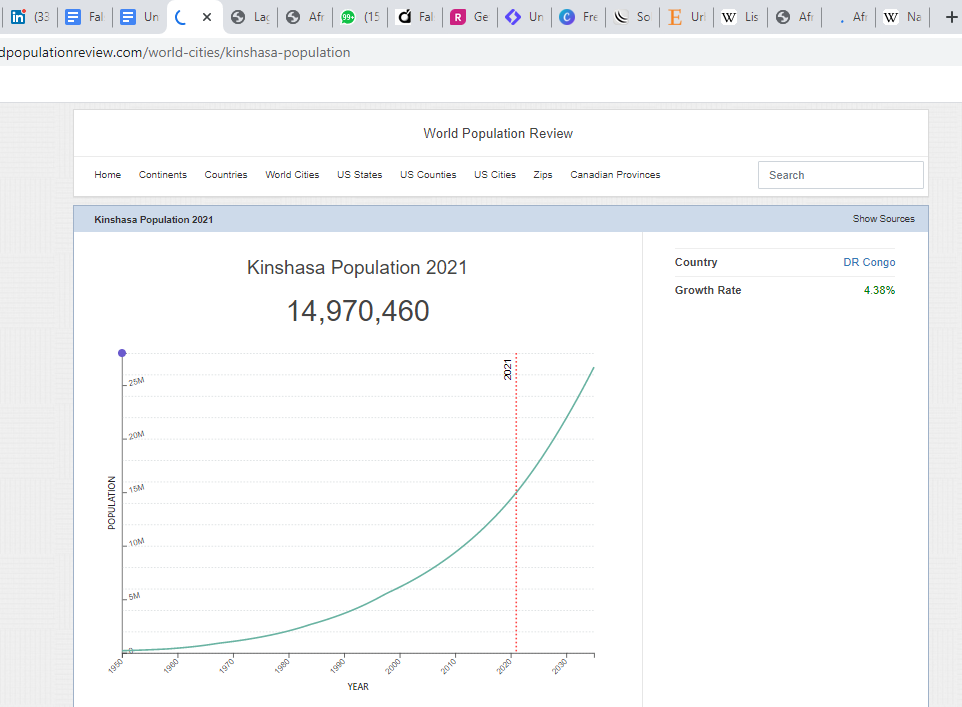 It further stated that the estimate represents the Urban agglomeration of Kinshasa, which typically includes Kinshasa’s population in addition to adjacent suburban areas.

Nigeria’s economic capital city of Lagos was listed as the third-largest city in Africa, with a population now estimated at 14,862,111.

The population estimates and projections come from the latest revision of the UN World Urbanization Prospects.

The total surface area of Nigeria is approximately 923,768 square kilometres. In combination with the over 200-million-person population, the density of Nigeria is around 212.04 individuals per sq km. Nigeria also has the highest population of any African nation, and much of this population resides in the south and southwestern area. 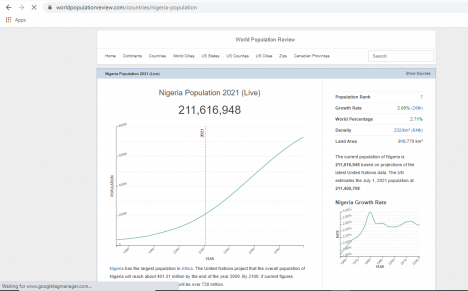 Given the evidence available, the claim that Onitsha is the third-largest city in Africa is FALSE and Misleading.