These Are Victims Of Banditry In Kaduna, Not #EndSARS Protesters 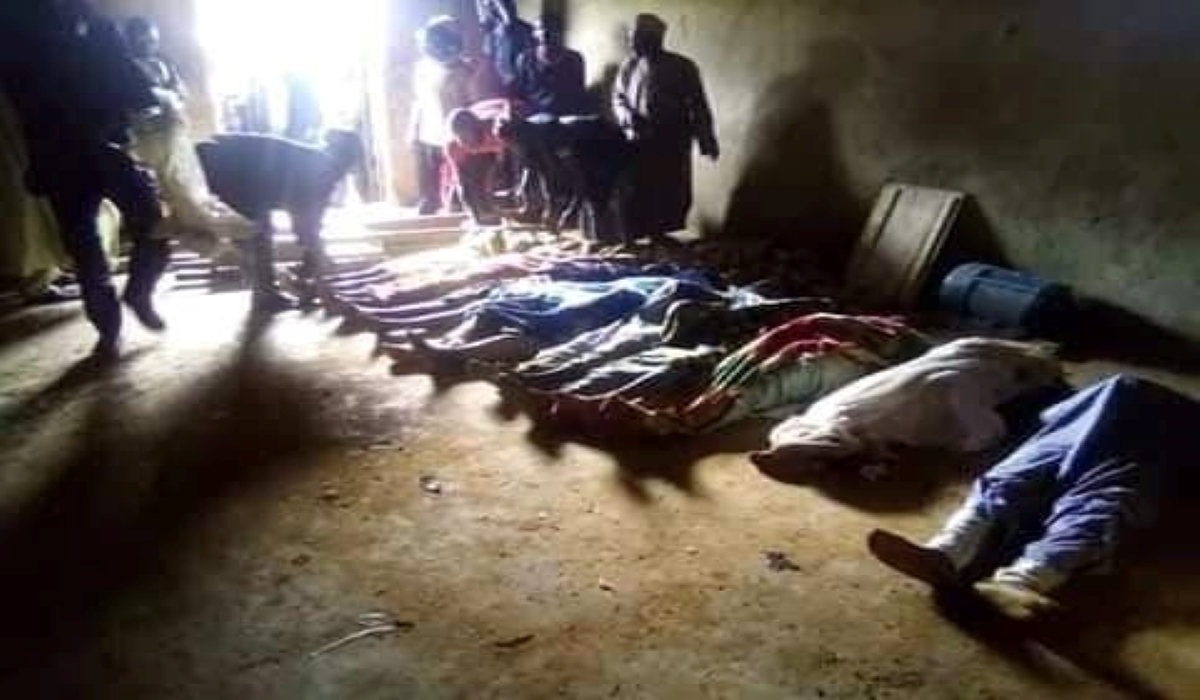 Claim: A picture shared on Twitter, which shows about nine corpses lined on the floor, suggests that they were victims of police brutality in Oyo State.

False. Findings show that the picture was taken in Kaduna.

Some accounts on Twitter recently shared a picture of at least nine dead bodies lined side by side, suggesting that they were killed during ongoing protests that have called for reforms in the Nigeria Police.

“Ogbomoso is Black. RIP to everyone we lost to the struggle,” tweeted @Cheyih_Viktah on Sunday, October 11, attaching the photograph.

The post was liked by 494 users of the microblogging platform and shared a total of 1,047 times as of 4 p.m. on Thursday. The reactions showed that the claim was believed by many other Twitter users.

“May they all Rest In Peace. This is how badly we are treated in our own country. We get nearly nothing from this system, yet, they still cut our lives short,” one Nigerian user commented.

Another wrote, “May their souls rest in perfect peace. The Labor of our heroes past shall never be in vain.”

Days later, another version of the picture, a screenshot from WhatsApp, was shared by @IyanuGreat95, along with two others appearing to show protesters in Oyo State and one of the victims of police extrajudicial killing during a demonstration in Ogbomoso on October 11.

“Please let’s us not loose focus at this point, this is not the time to be drinking alcohol and partying… Let’s remember the cause and pursue it till the end.. This is why we are out! Their deaths should not be in vain. An end must come to police brutality,” Iyanu tweeted on Wednesday.

A reverse image search done using Google revealed that the picture first appeared on the internet at 2:18 pm on October 11, thus predating the two tweets about Ogbomoso. It was uploaded by the Nigerian Tribune, a newspaper based in Ibadan, Oyo State, which perhaps explains why it has been re-shared in connection with protests that took place in the state.

A report published by The World News an hour later also credited the picture to Tribune.

Tribune’s report was about an attack by bandits of two communities (Kidandan and Kadai) in Giwa Local Government Area of Kaduna State, which led to the death of 12 residents. The attack took place on the afternoon of Friday, October 9, two days to the tragic incident in Ogbomoso where at least one person was killed and several others injured.

While three people were killed in Kidandan and four others sustained injuries, nine residents were killed by the bandits in Kadai and four were said to be in “critical conditions”. The nine casualties visible in the photograph are thus likely to be those killed in Kadai.

The claim is false as the dead bodies shown in the photograph are victims of an attack by bandits in Kaduna State and not of protesters in Oyo.

The researcher produced this fact-check per the Dubawa 2020 Fellowship partnership with HumAngle to facilitate the ethos of “truth” in journalism and enhance media literacy in the country.