Did Nigeria Get More Foreign Direct Investments Under PDP Than APC?

5 mins read PDP administration holds the record of securing the highest FDI earnings (in 2011). However, while it is true that PDP was in power when Nigeria recorded her highest FDI in 20 years, that did not “always” happen. Also, in 2013, Nigeria was not the number one recipient of FDI in Africa under a PDP administration! 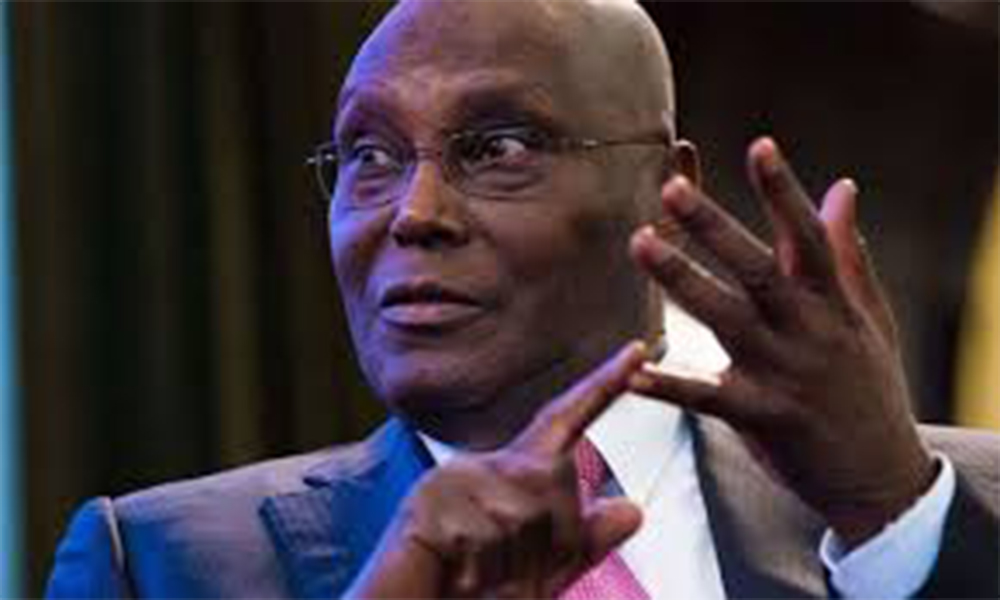 Claims: Mr Atiku Abubakar, the presidential candidate of Peoples Democratic Party (PDP) claims that Nigeria always set the pace in Foreign Direct Investment (FDI) earnings in Africa under the PDP administration which is more than the ruling All Progressives Congress. He also claimed that Nigeria was Africa’s highest recipient of FDI in 2013.

Evidence: The World Bank Report on Nigeria’s FDI from 1999 to 2001, the United Nations Conference on Trade and Development (UNCTAD) World Investment Report for 2002-2017, and the Investment Trends Monitor Report of 2018 all show that the PDP administration holds the record of securing the highest FDI earnings (in 2011). However, while it is true that PDP was in power when Nigeria recorded her highest FDI in 20 years, that did not “always” happen. Also, in 2013, Nigeria was not the number one recipient of FDI in Africa under a PDP administration!

Conclusion: The first claim is MISLEADING and the other is TOTALLY FALSE.

Drawing lines of comparison between the past and the current administration has been a key campaign strategy used by the candidates of Nigeria’s top political parties.

Therefore, it was no surprise when the presidential candidate of PDP, Atiku Abubakar, latched on to the news of Ghana topping Nigeria on the list of West African countries with the highest Foreign Direct Investment (FDI).

In a post on his verified Facebook wall, Mr Atiku bemoaned the fall. He claimed that Nigeria set the pace for Africa in terms of Foreign Direct Investment when the PDP was in power.

“For all the years that the People’s Democratic Party governed Nigeria, including the 8 years of which I was Vice President,” the post read, “Nigeria always set the pace for Africa in terms of foreign direct investment and became the number one recipient of FDI in Africa in 2013 under a PDP administration. In that year, we also became Africa’s largest economy, thanks to the PDP’s leadership.”

Dubawa contacted the spokesperson of the Atiku Media Group, Paul Ibe, to confirm the exact standpoint of his principal on the subject. He confirmed that the claim was made by Mr Atiku. He added that all Mr Atiku tried to affirm is that Nigeria performed better under the PDP-administration than it did under the APC-rule in terms of Foreign Direct Investment. “It’s a no brainer,” he boasted.

WHAT IS FOREIGN DIRECT INVESTMENT?

Investopedia explains Foreign Direct Investment (FDI) as an investment made by a firm or individual in one country into the business interests located in another country. In order words, it is the amount of foreign investments a country receives in a given year.

To be classified as Foreign Direct Investment, the Global Economy adds: “the share of the foreign ownership has to be equal to at least 10 percent of the value of the company.” The investment could be in the manufacturing, services, agriculture, or other sectors; or it could be “a greenfield investment (building something new), as acquisition (buying an existing company) or joint venture (partnership).”

The World Bank provides the information on Nigeria’s FDI from 1999 to 2001 while the World Investment Report published by the United Nations Conference on Trade and Development (UNCTAD) published in 2018 contains details for 2012 to 2017. Also, the Investment Trends Monitor published in January 2019 by the UNCTAD provides information for 2018.

Nigeria returned to democratic rule in 1999, after 16 years of military rule. The PDP was the ruling party until 2015 when it was defeated by the APC. From 1999 till date, Nigeria earned its highest FDI earnings in 2011, meaning the PDP holds the record of the highest FDI earning.

Relative to the rest of Africa, in 2015 when the APC became the ruling party, Nigeria placed seventh. In its second and third years, however, Nigeria climbed up to second – respectively behind Egypt’s $8.107 billion and Ethiopia’s $3.586 billion marks. In 2018, Nigeria dropped on the pecking order in Africa (falling behind countries like Egypt, South Africa, Angola, Ethiopia, placing second in West Africa (behind Ghana with $3.3 billion).

The report suggests that Nigeria could be on its way to a recovery in 2019 because the nation made “a few significant greenfield project announcements in the oil and gas and chemical sectors”.

With these, it is true that Nigeria set the pace for the rest of Africa in FDI earnings; but it is misleading to say the country “always set the pace”. As it can be seen, there were years when other African countries’ earnings dwarfed Nigeria’s earnings.

Also, putting the record of the two administrations side by side, it is misleading to say an administration fared better than the other. For instance, while it is true that the PDP was in power when Nigeria recorded her highest FDI in 20 years, the APC, in four years, holds the second best record. Also, the latter maintained second position for its first complete two years before slipping in its fourth year.

WAS NIGERIA THE NUMBER ONE RECIPIENT OF FDI IN 2013?

In 2013, according to the 2018 World Investment Report published by UNCTAD, Nigeria had the third highest FDI in Africa with $5.608 billion – behind South Africa and Mozambique which respectively raked up $8.3 billion and $ 6.175 billion.

Therefore, in 2013, Nigeria wasn’t “the number one recipient of FDI in Africa in 2013 under a PDP administration.”

Under the PDP administration, there were years Nigeria outperformed every other African countries and there were years she did not! Therefore, the statement that Nigeria “always sets the pace” is misleading.

Also, that the PDP fared better than the APC is as well misleading because both parties respectively hold the nation’s record of highest and second highest FDI in 20 years — one in 16 years and the other in four years. To add, under the PDP-led administration, in 16 years, Nigeria’s FDI led in Africa four times, and placed second four times. On the others hand, under the APC-led administration, in 4 years, Nigeria received the second highest FDI in Africa twice.

In the same vein, the claim that Nigeria was Africa’s number one recipient of FDI in 2013 is FALSE. Nigeria was third highest in 2013!