Does Nigeria Have The Highest Number Of Out-Of-School Children In The World? 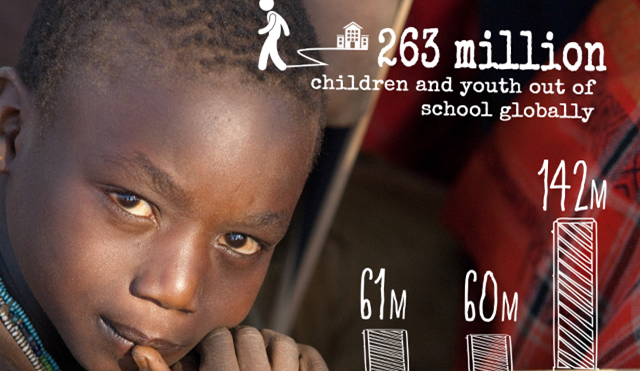 Debbie Palmer, Head of the Department for International Development (DFID) Nigeria on Thursday, 22 March, 2018 at the Expanded National Economic Summit stated that Nigeria has the highest number of “primary aged children out-of-school in the world”.

The acclaimed girl child rights activist, Malala Yousafai has previously asserted a variation of the claim. In a visit to Nigeria in 2017, she said: “Nigeria has the highest number of out-of-school girls in the world”. Several news agencies and public figures have also reported the claim, with differing figures given to show the extent of the problem.

So, does Nigeria actually have the highest number of out-of-school children in the world? And if it does, by how much?

To verify the claim, our team contacted Debbie Palmer, the speaker of the claim who led us to obtainable data from notable statistics-based organizations and the official data institution of Nigeria.

It is important to note that each of the children may have had varying degrees of education. Some of them may have attended school in the past (pre-primary education) but dropped out, some will attend school in the future and some will never go to school.

All the officials and activists who have asserted that Nigeria has the highest number of out-of-school children have been linked to have gotten the information from the country brief on the United Nations Children Education Fund (UNICEF) website. When the statement was first made in 2017, the Malala Fund directed AfricaCheck to UNICEF which in turn obtained its figures from the Institute of Statistics of UNESCO (United Nations Educational Scientific and Cultural Organisation); which is the official data agency of the Organisation.

The UNESCO Institute of Statistics (UIS) works closely with countries and partners in order to develop its standards, methodologies and to produce its reports. According to the UIS policy paper which was published in July 2016, 8.7 million Nigerian children were considered out-of-school. This figure which is based on country information obtained in 2014 is periodically revised as new information surfaces on child literacy and access to education.

In comparison to other countries within and outside Africa, Nigeria rates the HIGHEST. Nigeria has 8.7 million out-of-school children of primary age, followed by Pakistan (5.6 million), India (2.9 million), Sudan (2.7 million), Ethiopia (2.1 million) and Indonesia (2.0 million). These six countries (including Nigeria) are home to more than one-third of all out-of-school children in the world, according to UIS data.

Countries with large numbers of children out of school for which precise data are unavailable, such as Afghanistan or the Democratic Republic of the Congo, were not presented in the report. However, estimates for these countries are incorporated into the global figures.

The most recent household survey done in Nigeria in 2016 and published in 2017, the fifth round Multiple Indicator Cluster Survey (MICS5) which was conducted by NBS with the support of the National Primary Health Care Development Agency (NPHCDA), the National Agency for the Control of Aids (NACA) and UNICEF inadvertently confirms the claim.

This differs from the UN definition which only excludes the children attending preschool. By reviewing the figures to reflect the UN definition, this means that 7.2 million children of primary school age are out-of-school in Nigeria. Even though the figure is smaller than the UIS official report, it is still higher than all other countries in the world.

Though the argument that lack of quality data on Nigeria’s population has adversely affected the figures may not be baseless, the margin between Nigeria and Pakistan (the country with the second largest number of out-of-school children) shows that even a revision of the figures may still keep Nigeria in the lead. Available data from both UNESCO, a credible institution and the official statistical authority of Nigeria show that NIGERIA indeed has the highest number of out-of-school children.