Explainer: Eight signs of propaganda as Edo, Ondo go to the polls 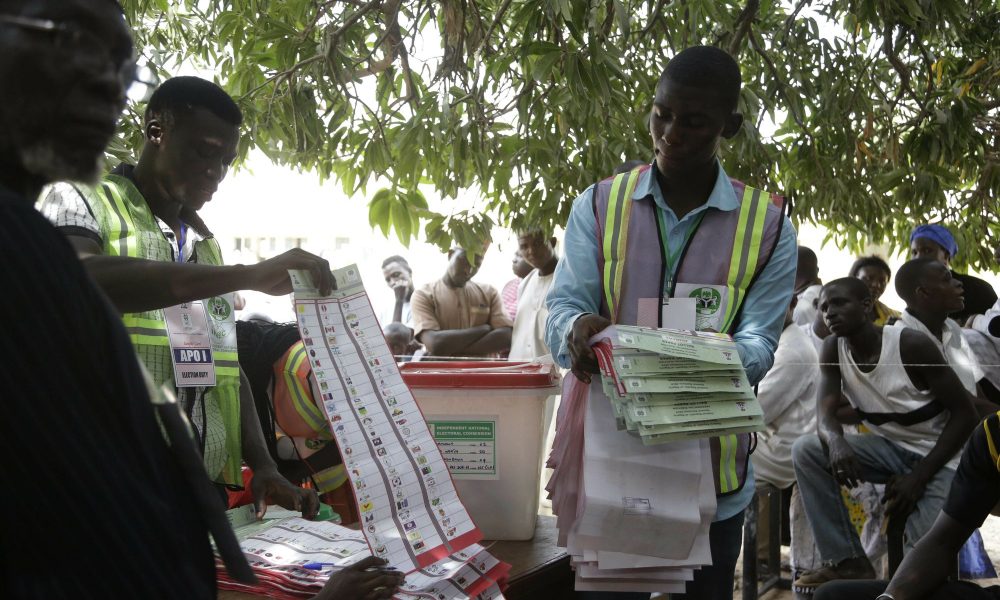 The upcoming elections in Edo and Ondo States have dominated the media space in Nigeria in recent time.

The IndependentNational Electoral Commission (INEC) has fixed September 19, 2020 for the Governorship election in Edo State and October 10, 2020 for that of Ondo State.

As the election dates draw nearer, the Nigerian media have continued to focus more on the two states, with political actors competing to occupy the media space.

Already, Nigerians, especially keen observers of the political intrigues in Edo and Ondo, are bombarded with information.

So much propaganda (information—facts, arguments, rumours, half-truths, or lies—to influence public opinion) is flying through the media. A recent article, by Iwok Iniobong titled “Edo, Ondo guber: Why politicians, parties must tread softly,” posited that politicians in Edo and Ondo campaigns had deviated from their manifestos in favour of spreading misinformation and disinformation. “If you observe very well, presentation of manifestos is no longer the in-thing, but the campaign is about use of base language and innuendos against opponents,” Iniobong said.

There is a concern that people with poorly developed or nonexistent media literacy skills may be unable to detect harmful political information in the media, especially of a biased or misleading nature, designed to sway votes in the states.

For the sake of clarity,  propaganda in this context means ideas, facts, or allegations spread deliberately to further one’s cause or to damage an opposing cause.

For instance, there were several opposing information circulated through the media, particularly the social media, on the attack on Governor Godwin Obaseki’s entourage at the Oba of Benin Palace.

The Chairman of the Peoples Democratic Party (PDP) Campaign Council, Chief Dan Orbih, alleged that “the attack was a plot to eliminate Governor Obaseki, national officials of PDP and some PDP governors.”

Conversely, the Vice Chairman, Media and Publicity Committee of the All Progressives Congress’ (APC) National Campaign Council, Mr. Patrick Obahiagbon, alleged that the PDP was responsible for the attack and that Governor Obaseki was planning to arrest and detain the former National Chairman of the APC, Comrade Adams Oshiomhole, on the eve of the election.

The attack became a tool for political propaganda, with both parties trading blames to sway public opinion to their favour, at the expense of selling their manifestos to the people.

It is worth stating that the propaganda on Edo and Ondo elections may pose danger to democracy, considering that deliberateness and a relatively heavy emphasis on manipulation distinguish propaganda from truthful information or the free and easy exchange of ideas.

Emeritus Professor of Political Science, Bruce Lannes Smith, explains that propagandists (in this context, political actors in Edo and Ondo States, including stakeholders outside the states) have a specific goal or set of goals. To achieve these, they deliberately select facts, arguments, and displays of symbols and present them in ways they think will have the most effect.

Politicians invest heavily on signs and symbols during campaigns to brainwash voters. These include sounds, such as words, music, religious sermons, gestures (such as kneeling, a thumbed nose), postures (a weary slump, folded arms, a sit-down, an aristocratic bearing), structures (political offices, highly decorated campaign grounds), items of clothing ( political uniforms, branded shirts and caps), visual signs (a poster, a flag, a picket sign, a badge, a printed page, a message scrawled on a wall), etc.

Politicians veil propaganda as information in the form of bandwagon. The idea here is to convey the notion that if you don’t get aboard you will be left out. A media literate consumer should watch out for politicians who direct their appeals to groups held together by common ties. For instance, politicians at subnational levels in Nigeria are likely to rely on bandwagon effects if their party is in charge at the federal level. It is widely shared that the victory of President Muhammadu Buhari contributed to the victory of some governors and lawmakers. A media literate person should be able to notice media messages designed to appeal to sentiments of voters based on common ties, rather than merits.

Name calling as against genuine manifestos

Be careful of politicians who appeal to your hate and fear.  They do name calling by the use of negative words or labels to create prejudice against some person, group or idea. For instance, Dr. Charles Omorodion’s article titled “Edo 2020: Beware of Obaseki’s perfidy, betrayal and Judas Kiss!” published on Bloomshire stated that “as a betrayal, in a deeper sense, Obaseki is sending an ominous signal of how little he cares about, or values his relationship with APC.” A media literate person should judge Obaseki beyond the tag of “a betrayer.” Name calling cuts across all the political campaigners in Edo and Ondo States.

Politicians deploying testimonial propaganda use experts, celebrities, or perceived opinion leaders to offer reasons why they are best suited to be elected.  As the elections in Edo and Ondo States draw nearer, you are likely to see more celebrity endorsements of candidates. For instance, a national newspaper recently reported that  teachers in Ondo State under the auspices of the National Network of Teachers for Good Governance and Quality Education endorsed Governor Oluwarotimi Akeredolu for a second term in office. A media literate news consumer reasons beyond such propaganda and focuses more on Governor Akeredolu’s manifesto for his second term.

Use of glittering generalities in media messages

Politicians usually use glittering generalities to appeal to the people’s emotions of love, generosity, and brotherhood. Glittering generalities are vague, broad statements that connect with the audience’s beliefs and values. They really don’t say anything substantive. Slogans make great examples. For instance, if you are an APC or PDP supporter, a politician may win your admiration and vote by merely chanting PDP’s slogan: “power to the people” or that of the APC:  “change” or “progress.” The trick is for a media literate person to reason beyond the slogans to make informed political decisions.

Card stacking involves “the selection and use of facts or falsehoods, illustrations or distractions, and logical or illogical statements to give the best or the worst possible case for an idea, programme, person, or product.” The danger here is that if you are not familiar with the subject, you might not be able to detect a lie. It involves deploying all of the arts of deception to win support by using half-truths and featuring only the good elements. For instance, several card stacking information are in the media concerning Adams Oshiomhole’s involvement in political campaigns for the forthcoming election in Edo State. The recommendation is that if you doubt a claim by a politician, seek truth by verifying the claims.

Deployment of euphemisms to hide dirts

Politicians use euphemism to reduce the gravity of their own derelictions. When politicians talk about their lives, work and family, they are more likely to use words that are bland and euphemistic to pacify voters to make an unpleasant reality more palatable. When inundated with political information from Edo and Ondo, watch the language the contestants use to describe themselves. For instance, APC candidate in Edo State, Osagie Ize-Iyamu, said it was not in his “character to deal with anyone.” This may be true, but bland at the same time. Media literate news consumers must dig deeper.

Use of symbols to deceive

Watch out for a propaganda technique known as “transfer,” Symbols  carry over the authority, sanction, and prestige of something you respect and revere to something they would have you accept. Symbols such as the cross and the church, the mosque, traditional attires, and even the national flag are used to transfer the authority, sanction, and prestige to something which otherwise you might reject. For instance, when you read stories and see pictures of politicians going to churches or the mosques to campaign in Edo and Ondo, it is not because they are holy or God-fearing. It is because they want your votes. Do not fall for the propaganda.

You may have come across media messages depicting politicians dressed in different attires representing the different ethnic groups in Edo and Ondo. You may have also seen photos of some politicians eating corn in the streets like ordinary men toiling to eke out a living. Some politicians may also visit roadside ‘mama put’ and flood the media with stories and images of their constructed simple lives. For instance, pictures of Oshiomhole and Obaseki eating corn in the streets trended on social media.

In sum, it is worth stating that propaganda is usually skillfully packaged that people with little or no media literacy hardly recognise it. And when such people do not recognise it, they tend to make political decisions from emotions and not from logical reasoning. However, people can easily detect and block propaganda by remembering the above eight means of identifying them in media messages.