Factcheck: Pastor Reno Omokri reaches to hagiography on a claim that Igbos have richest people per capita in Africa 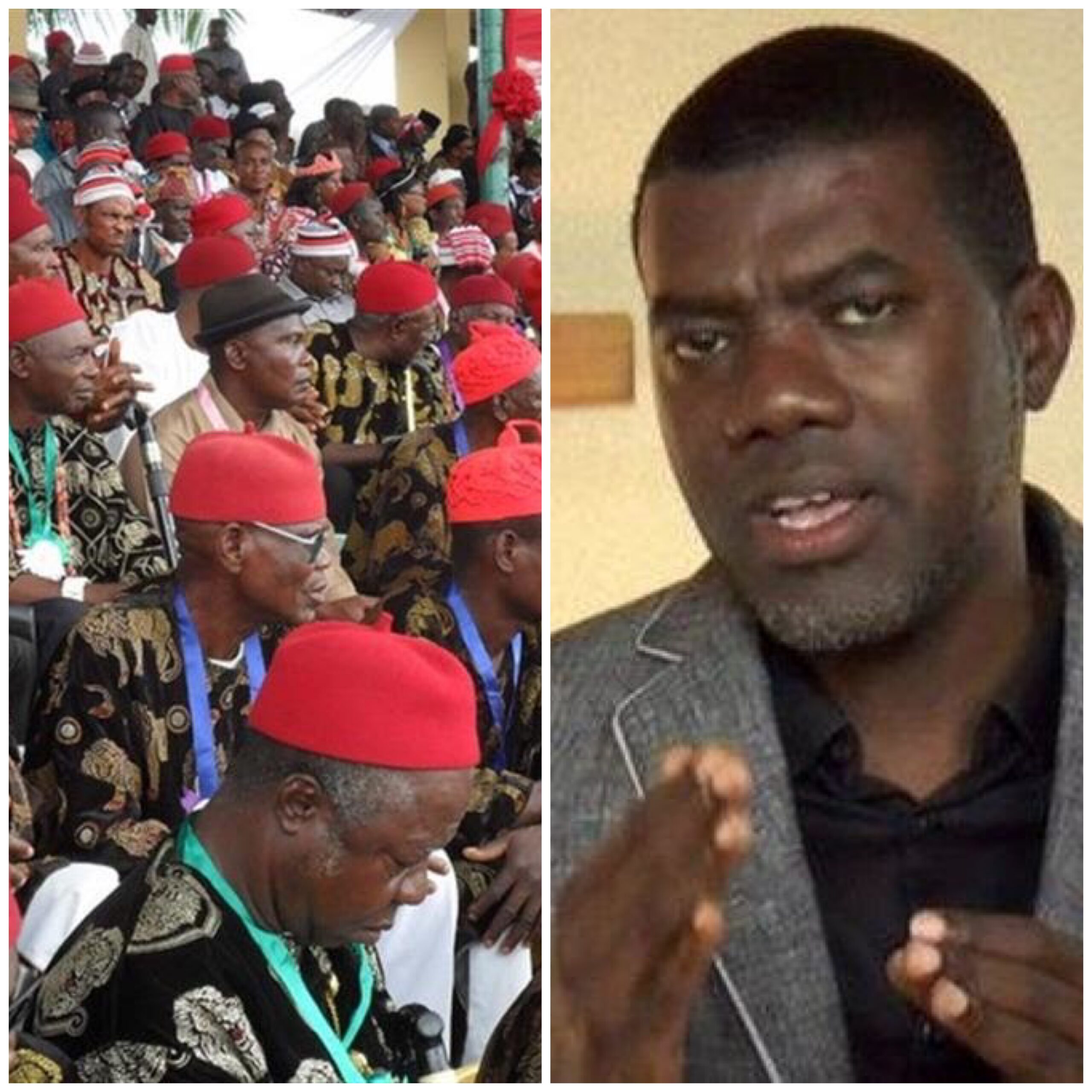 A twitter user, Reno Omokri, claimed that Igbos have the richest people per capita in Africa.

Reno Omokri, tweeted on his official twitter handle, @renoomokri, that the Igbo people are the richest people per capita in Africa.

The tweet read: “Study the Igbo people of Nigeria if you want to be wealthy. They were destroyed by Nigeria’s Civil War, with EVERY Igbo family reduced to £20. Now, they are the richest people per capita in Africa. How did they do it? Entrepreneurship. Igbo Amaka!”

Omokri was a Special Assistant to former President Goodluck Jonathan.

Adejoke Adeboyejo explains in a post entitled “An Introduction to Nigeria’s Igbo People” that the Igbo people are found in southeastern Nigeria.

Adeboyejo said with a population of around 40 million throughout Nigeria, Igbo people are one of the biggest and most influential tribes.

He posits that in Nigeria, Igbos live in most or all parts of five states: Abia, Anambra, Ebonyi, Enugu and Imo, as well as minor parts of Delta, Rivers and Benue states. He adds that small Igbo communities are also found in parts of Cameroon and Equatorial Guinea.

“Igbos are well-known for their entrepreneurial endeavours, both within Nigeria and around the world,” Adeboyejo states.

Dr. Leonard Madu, in an article titled “History of An African People: Igbo people of Nigeria” said the Igbos are one of the largest and most distinctive of all African ethnic groups. He writes that the Igbos are predominantly found in Southeastern Nigeria, with a significant diaspora population.

“Igbos predominate in five states in Nigeria-Imo, Anambra, Ebonyi, Enugu and Abia. In three other states- Rivers, Lagos and Delta, they constitute almost 25% of the population,” he added.

How true then is the claim that the Igbo people are the richest people in Africa per capita?

Wealth per capita in Nigeria

Per capita means per person. It is a Latin term that translates to “by the head.” It is commonly used in statistics, economics, and business to report an average per person. It tells you how a country, state, or city affects its residents.

Global Finance explains that Gross Domestic Product (GDP), which measures the value of all goods and services produced in a given place divided by the number of the full-time residents of the place is “a better way of determining how rich or poor” each person living there is. This is called GDP per capita and it is obtained by dividing the country’s GDP, adjusted by inflation, by the total population.

Using data from the National Bureau of Statistics (NBS), Trading Economics puts Nigeria’s GDP per capita at $2,386.90 in 2019.

Another good way of determining the riches of individual people in a given place is to look at their income per capita, which is the Gross National Income (GNI) divided by the population.

GNI is slightly different from the GDP; while the GDP measures only the production and services within a country, GNI also includes net income earned from other countries.

So, does the Igbo or Igbo dominated states or South East region of Nigeria have GDP per capita or Income per capita to determine the people are the richest in Africa per capita?

A search of the database of Nigeria’s apex statistical body, the National Bureau of Statistics, showed that Nigeria does not have GDP data for states and geo-politcal zones.

When contacted, the spokesperson of the NBS, who is also the Head, Public Affairs and International Relations Unit of the Bureau, Mr. Sunday Ichedi, confirmed that the NBS does not have data on state GDP and geo-political zones.

The non-existence of data on state and geo-political GDP makes computation of GDP per capita and GNI per capita for Igbo-dominated states and the South East impossible, or any state or region for that matter difficult.

Moreso, the NBS does not compute GDP on the basis of ethnic nationalities and the National Population Commission (NPC) did not collect data analysed based on ethnicity in the last census held in 2006. This means that the population of Igbo people remains unknown.

At best, the population of Igbo-dominated States or the South East would be used to compute GDP per capita or income per capita of the people. But, the absence of GDP data at the level of states or regions makes this impossible.

When asked about the claim that the Igbo people are the richest people per capita in Africa, the NBS spokesperson, Mr Ichedi, said the claim is “not statistically correct” as there is no basis for the assertion.

However, the latest National Poverty Rates for Nigeria published by the NBS show that three, out of the five Igbo-dominated states, recorded poverty per capita below the national absolute poverty incidence per capita of 40.09 per cent from 2018 to 2019.

The claim that Igbo people are the richest people per capita in Africa is misleading. There are no official statistical records to support the claim.

The researcher produced this fact check under the auspices of the Dubawa 2020 Fellowship partnership with Daily Trust to facilitate the ethos of “truth” in journalism and enhance media literacy in the country.