Factcheck: These Are Killed IMN Members, Not Lekki #EndSARS Protesters 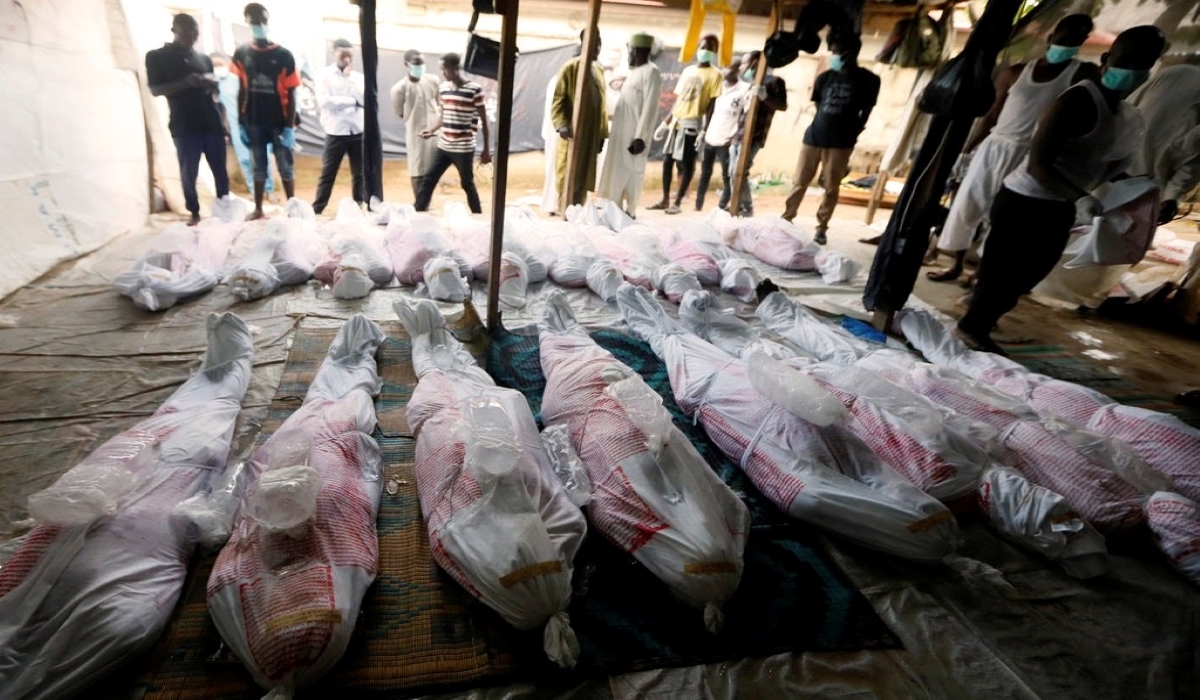 Claim: A picture containing about 17 dead persons laid side by side is said to show victims of extrajudicial killings at the Lekki toll-gate area.

False. Findings show that the picture is actually from an unrelated incident in 2018.

A Twitter user on Wednesday shared a picture claiming that the dead bodies belonged to some of the protesters who were at the Lekki Toll Plaza on Tuesday evening.

“RIP to those who lose their lives in #LekkiMasacre you efforts will never be forgotten. Retweet to show respect to the fallen heroes #LagosStateMassacre,” she tweeted.

The picture shows 17 corpses clad in red and white clothing and wrapped in transparent body bags. About a dozen people surrounded the bodies, most of them wearing face masks.

The tweet was shared 776 times and liked by 512 users of the micro-blogging platform as of 7:35 pm on Wednesday. And the author’s handle, @Prettywummex_, had over 32,800 followers at the same time. 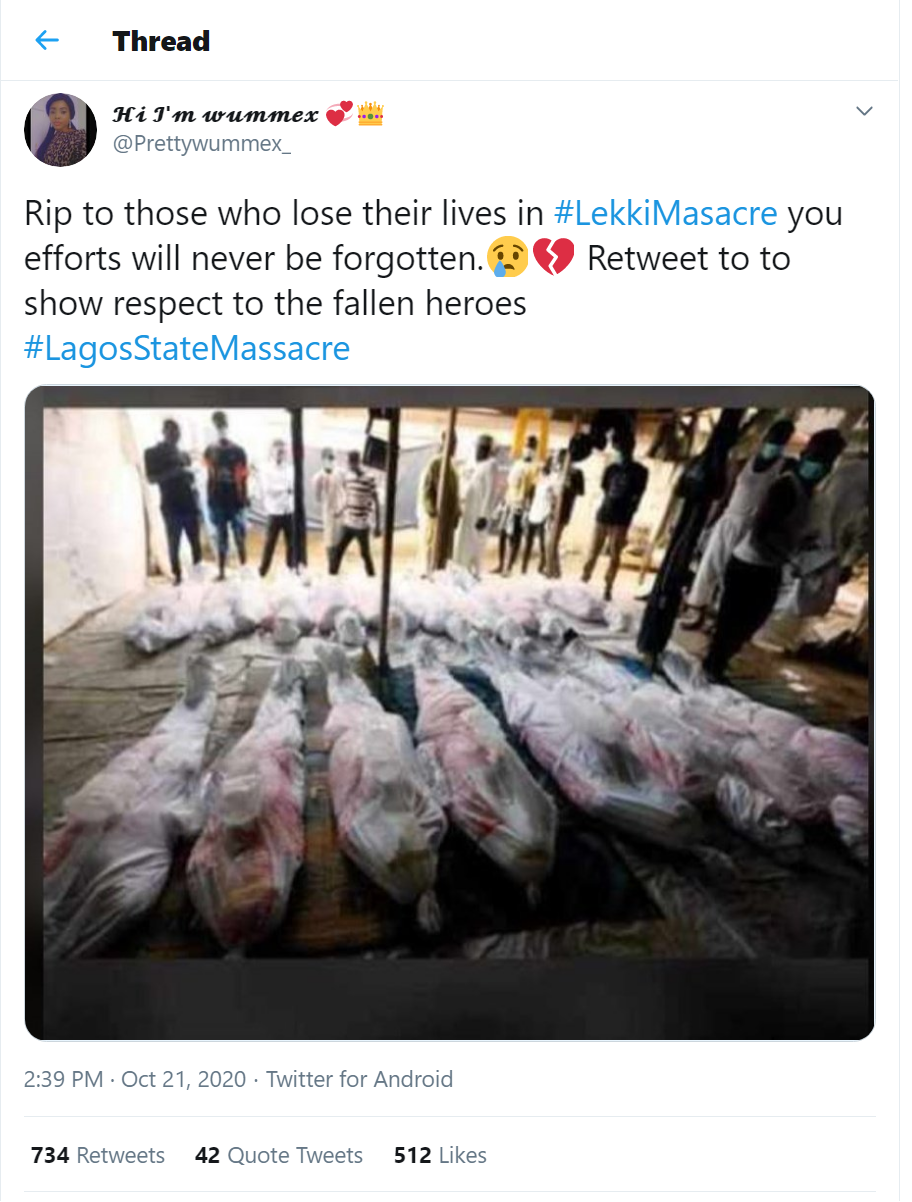 A reverse image search conducted on TinEye revealed that one of the earliest uses of the picture was in a report by New York Times, published as far back as November 2, 2018. The picture was credited to Afolabi Sotunde, a Reuters photographer.

The accompanying caption reads: “Members of the Islamic Movement of Nigeria preparing the bodies of members killed when the Nigerian Army opened fire during the group’s protests in the capital Abuja this week.”

The same picture was used in this report by ABC News published on November 4, 2018, with a similar caption: “Bodies of members of the Islamic Movement of Nigeria, who were killed after security forces opened fire during the Shi’ite group’s protests in Abuja, are pictured before their burial in Mararaba, Nigeria, Oct. 31, 2018.”

Guardian UK had reported on November 1 that at least 45 members of the Islamic Movement of Nigeria (IMN) were killed in Abuja and Nasarawa after soldiers opened fire on them during peaceful demonstrations. According to Amnesty International, 122 people also sustained gunshot wounds in the incidents.

Meanwhile, Amnesty International has said at least 12 people were killed after officials of the army shot at protesters at the Lekki Toll Plaza in Lagos on Tuesday night and many others sustained injuries. The organisation further stated that over 56 deaths have been recorded nationwide since the protests against police brutality under the End SARS campaign started.

The claim is false and misleading, though the IMN members it shows were killed in similar circumstances as far back as 2018 as the protesters in Lagos.

The researcher produced this fact-check per the Dubawa 2020 Fellowship partnership with HumAngle to facilitate the ethos of “truth” in journalism and enhance media literacy in the country.