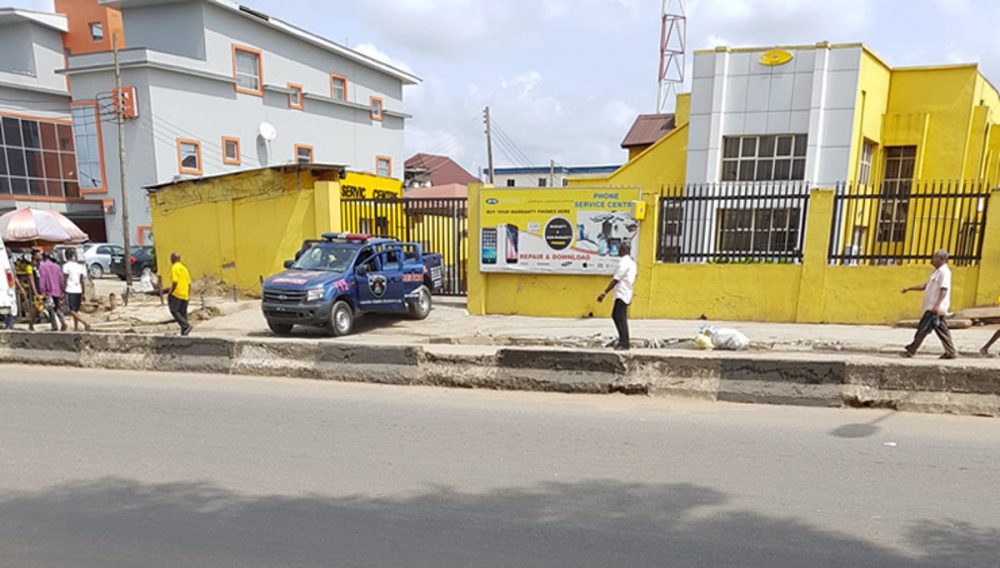 CLAIM: A twitter user claimed that the MTN office in Apapa Lagos was set ablaze.

FALSE: MTN office in Apapa was not lit on fire. The picture in question is from a 2015 fire incident at an MTN branch in Ilorin.

At the early hours of Tuesday, a twitter user alleged that the MTN office in Apapa was set ablaze by some Nigerians.This comes in lieu of the xenophobic attack on Nigerians living in South Africa.

WithinNigeria,1stnews and some other Nigerian blogs aided in the story’s circulation. All corroborating the alleged burning of the MTN office in Apapa. And their common denominator being the picture above.

The Lagos State Police PPRO was our first point of contact. DSP Bala Elkana disclosed to Tribune Online that there was no fire incidence at the MTN office in Apapa.

Additionally, the picture in question was traced to a fire incident that occurred at the MTN -Tanke branch, Ilorin in March, 2015.

Amid national crises relating to xenophobia attacks in the diaspora, disinformation thrives. Consequently, we suggest you be skeptical of biased and colourful news in the media. And as such, do not reshare. This is especially when dealing with unverifiable sources i.e. not from the government or an established authority. Fret not though, we got you covered!

This fact-check was done by a Dubawa Fact-checking Fellow in collaboration with The Tribune Online, the online publication of the oldest surviving newsroom in Nigeria. To see this article, click here.