No evidence Kenya traveled with 87 athletes, 90 officials to Tokyo Olympics 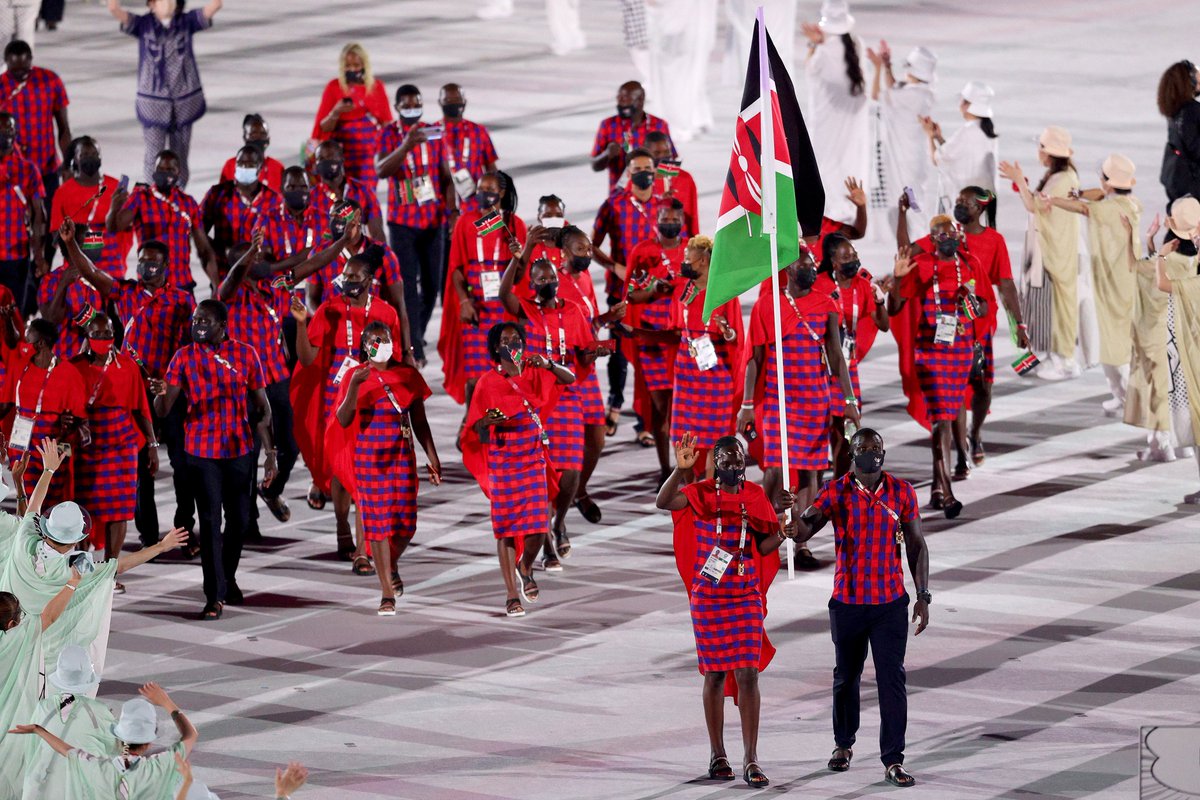 No evidence Kenya took 87 athletes, 90 officials, a ratio of 1:1, to the Tokyo Olympics.

Even though Kenya emerged top in Africa in the recently concluded Tokyo 2020 Olympics, concern about the team’s performance, compared to the previous record in Rio, kindled speculations on social media. Some Kenyans attributed the setback in Tokyo to the ratio of athletes taking part in events.

The Olympics, bringing together the world’s best athletes, is one of the most-watched events worldwide. Although the threat of COVID-19 raised the question of whether the quadrennial competitions would and should take place, the 2021 Olympics did proceed and deliver an exciting thrill. The USA ranked top in the world, winning a total of 113 medals-39 gold, 41 silver and 33 bronze, with China coming in second place with 88 medals.

Despite a slow start at the Tokyo Olympics, Kenya maintained its reign as Africa’s champions by sealing a first-place finish with 10 medals. While the team did emerge successful in Tokyo, the Rio 2016 Olympics remains the best Olympic performance in Kenya’s history and the most embarrassing.

Kenya, which first participated in the Olympics in 1956 in Melbourne, competing in events in athletics, hockey, shooting and swimming, has sent athletes to compete in every Summer Olympic Games since then, except for the boycotted 1976 (Canada) and 1980 (Russia) Olympics.

In 2016, Kenya returned home from the Rio Olympics with six gold medals, six silver medals, and one bronze—winning the most medals of any African team. Kenya came in 15th globally in medals, and was second only to the United States in track and field medals.

However, Kenya’s glorious moment was dogged by allegations ranging from mismanagement,  corruption and bribery and misappropriation of team uniforms provided by Nike, which were intended for athletes to wear during the opening ceremony of the Rio Olympics but got missing. Six officials were implicated in the scandal. It was also alleged that Team Kenya allowed unauthorized people to travel to Rio and some athletes were stranded in a shanty town in Rio.

The Rio scandal not only tarnished Kenya’s name but left Kenyans in embarrassment and skepticism that boiled over to the Tokyo 2020 Olympics. In January 2021, The National Olympics Committee Kenya (NOCK), which had an uphill task in getting back in Kenya’s good books, issued a statement resolving to deliver a well managed, well financed, and best resourced Kenya team for 2020. The aim, they stated, was to have over 100 athletes participating in the 2020 games later postponed to 2021.

In adherence to COVID-19 protocols, athletes and officials had to travel in batches. The first batch of Team Kenya, based on news reports, left Kenya on 6 July 2021 and consisted of the chef de mission, Waithaka Kioni and chief executive Officer, Wangui Kibe alongside athletes’ representative, Humphrey Kayange and COVID-19 liaison officer Susan Adhiambo. The rest of Team Kenya departed between 9 July and 2 August, but there is no official record of the team Kenya’ delegation.