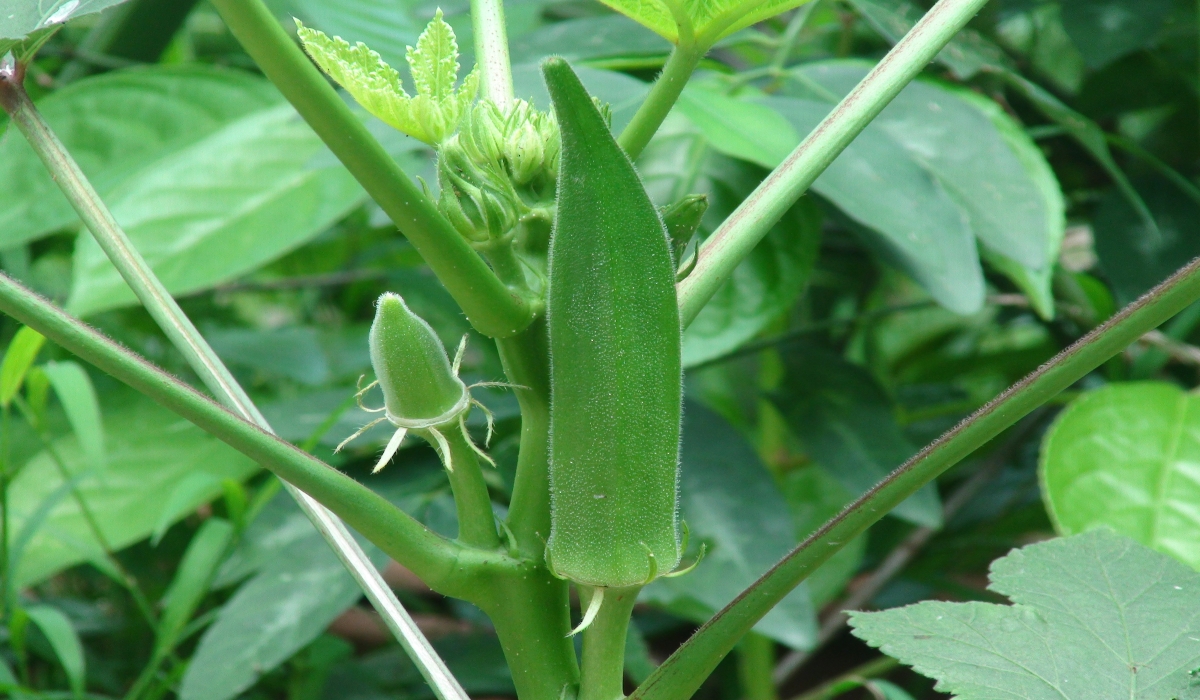 Claim : Okra leaves can cause hyper ovulation and make one conceive twins or triplets .

Inability to conceive has been an issue many women face. In some homes, women get pressured by society, mostly after marriage about getting pregnant. In some cases, falsehood mongers capitalise on this to spread unfounded information.

Recently, a blog  post by Healthy living states that okra leaves can be used to boost one’s fertility and increase ability to conceive twins or even triplets.

The blog went further to note that soup made from okra leaves should be taken alongside snot apple (goron tula ) immediately after ovulation and throughout the ovulation period.

According to the post, the following are ways to boost fertility:

3. You will be highly fertile, it causes Hyper ovulation which will result in multiple Eggs.

This claim prompted Dubawa to conduct a keyword word search to determine its validity.

According to an article by Health GadgetsNG, a website that publishes health-related articles, conception happens when a sperm fertilizes an egg to form an embryo. However, if there are two eggs present in the womb at the time of fertilization a woman can become pregnant with twins.

Deccan Chronicle, a blog post, wrote that in Nigeria’s south west, the people of Igbo Ora believe that their conceptions of twins is associated with their consumption of okra leaves.

The town became well known for its numerous conceptions of twins. Most families have at least a set of twins.

The natives of Ora  revealed that consistent eating of a particular species of okra leaves known as Ilasa may make one conceive twins.

Dubawa also tried finding studies on Okra leaves and multiple pregnancies but did not find any.

However, a Nutrition and Public Health Specialist, James Oloyede, said okra has nutritional value but the ‘twins’ claim is not scientifically proven.

“Well, okra is very rich in vitamin A and C, typical of many green leafy vegetables. On further analysis, it’s found to contain iron, some calcium and is very rich in fiber.

“Unfortunately, it’s not too rich in zinc and vitamin E noted to boost fertility.

“Therefore, the claims above are spurious and not backed up with any scientific proof yet. It’s one of food myths and cultural beliefs.”

Similarly, Prof. Tanimola Akande, a Public Health Physician at University of Ilorin Teaching Hospital, said the fact that okra has useful chemicals does not mean it is capable of boosting fertility rate.

Tanimola said, “I am not aware of scientific studies that have been done to validate this claim. It is not enough to claim that it can improve fertility or twin pregnancy just because okra contains phytochemicals”.

There is no scientific evidence that validates the claim that okra leaf boosts fertility and causes one to conceive twins or triplets.