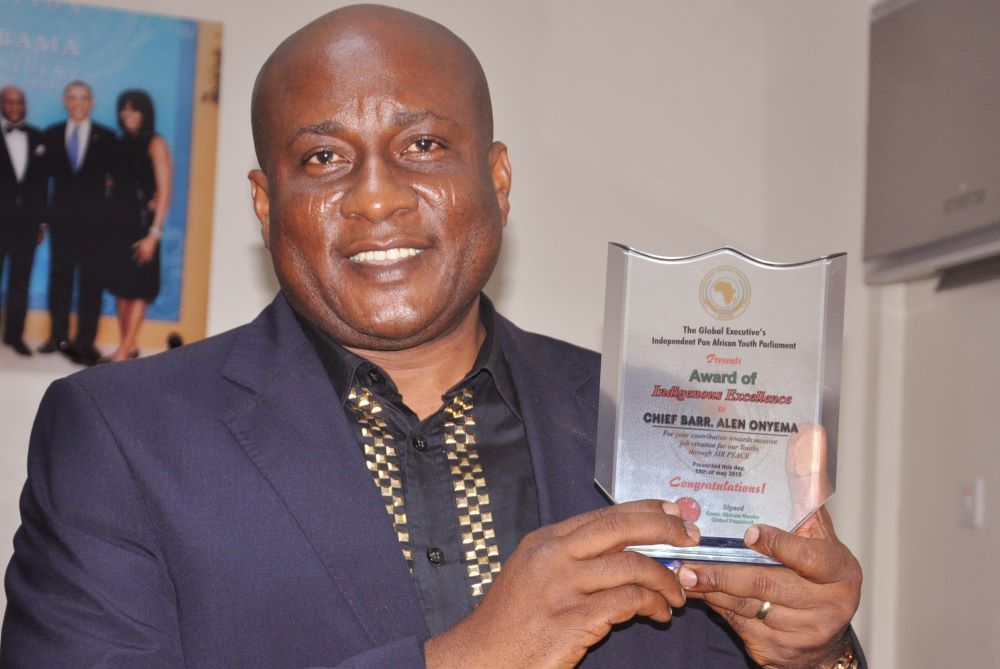 TRUE: Publications from credible news platforms and the official twitter handle of the airline corroborate the truthfulness of the claim.

On September 12, Ifeanyi Aniagoh took to Facebook to laud the CEO of private Nigerian Airline- Air Peace, Mr Allen Onyema for providing free flights to Nigerians who were willing to leave South Africa during the xenophobic violence.

As soon as Federal Government ordered immediate evacuation of Nigerians from South Africa, this great soul volunteered to provide free flights for anyone willing to return.
The Air Peace CEO, Mr Allen Onyema did not only send free evacuation/rescue flight but gave them an Honourable Reception into the Plane and he was personally on ground at the Murtala Muhammed International Airport Cargo and Hajj Terminal in Lagos to welcome the returnees.
…Sir Onyema is a true Nigerian!
God Bless Nigeria!…

Dubawa found a report published three weeks ago by the News Agency of Nigeria (NAN). According to the publication, Mr Ferdinand Nwonye- Spokesperson to the  Federal Ministry of Foreign Affairs, first revealed the plans to evacuate stranded Nigerians in South Africa with Air Peace.

He made it known that the CEO of the Airline, Mr Allen Onyema had volunteered to bring Nigerians back and that the evacuation would commence from September 6th.

Additionally, a report by Punchng on September 10, shows how Mr Allen announced that no returnee should pay any amount for joining the trip back to Nigeria. Adding that the expenses were to be incurred by the Airline; in a bid to circumvent fraudulent malpractices with regards to the exodus.

Furthermore, on September 10, Premiumtimesng  published this report stating how the returnees who were reported to be over 600 were going to be delivered in batches by Air Peace.

Did he deliver the returnees as promised?

The official twitter handle of Air Peace posted pictures and a video to confirm this. In the media above, Mr Allen, the plane and her crew are shown as they deliver the returnees on 12th and 19th September respectively. Consequently, the CEO has been commended greatly for his generosity as seen in these posts by influential Nigerians not limited to Abike Dabiri, Geoffrey Onyeama and Femi Gbajabiamila.

The claim is TRUE. Publications from credible news platforms and the official twitter handle of the airline all jointly corroborate the truthfulness of the claims.