You can be on the US Watchlist and not be aware. Here’s how and why 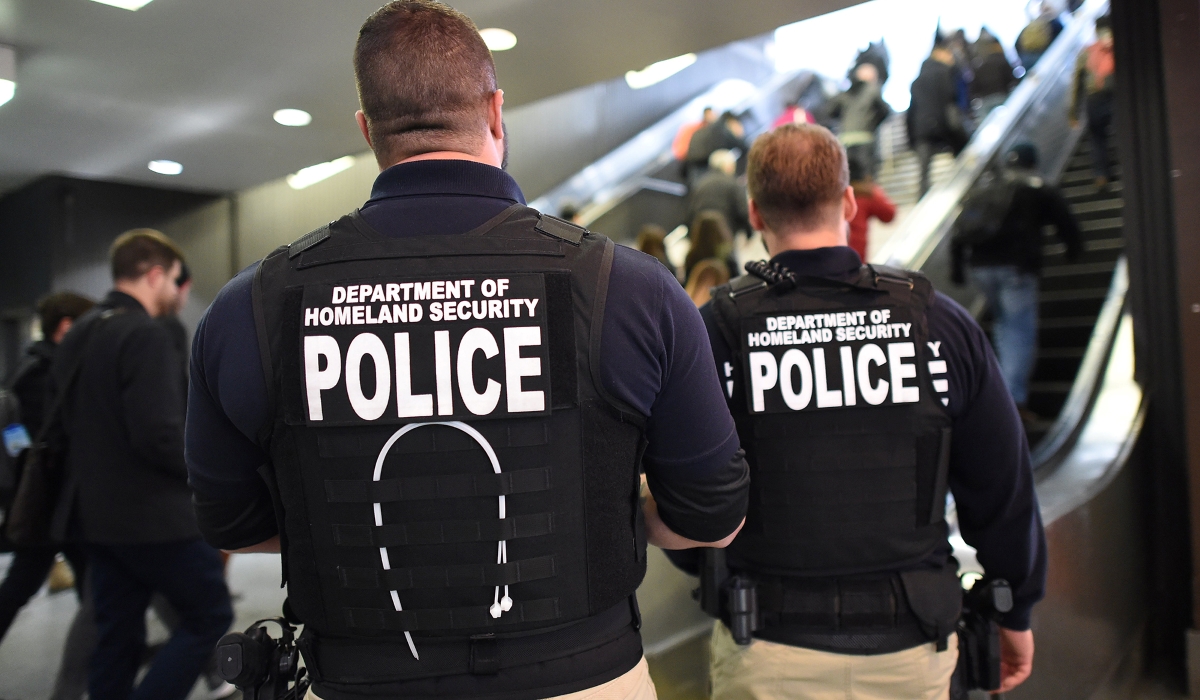 What if you ended up on the US watchlist – the US Terrorists Screening Database? Reports say people could be on the watchlist and not know it.

Well, not to worry. This Dubawa report gives you insights on how to know if you are on the watchlist, what it entails and how to get off the watchlist.

Summary: The Pantami – US Watchlist Story

The media space was recently awash with reports that the Nigerian Minister of Communication and Digital Economy, Isa Pantami, had been listed on the Terror Watchlist by the Government of the United States of America, for alleged ties with Boko Haram. The report which was published by many news blogs notably News Wire and Independent Nigeria was also widely circulated by users on social media, especially Twitter.

The reports alleged that Mr. Pantami, also an Islamic cleric, enjoyed the friendship of Yusuf Mohammed, late leader of the Boko Haram terrorist sect, as well as leaders of terror group Al-Qaeda whom he allegedly praised in his several sermons. It claimed that the minister had been trained in Saudi Arabia and the Middle East with other top Islamic jihadists.

Social media platform Twitter was the theatre of the heated conversation about Pantami. Many users “dragged” the minister, calling him a terrorist, Boko Haram and Al-Qaeda apologist, as calls for his resignation dominated the media space. The hashtag #PantamiResign soon trended on social media, gathering over 19,000 tweets on Twitter.

Mr. Pantami who denied the allegation, threatened a legal suit and demanded a retraction from the publishers of the report.

Hours later, News Wire, the news blog whose original report sparked the controversy, issued a retraction and apologized to the minister, Isa Pantami.

Reacting to the reports, the US Federal Bureau of Investigations (FBI) declined confirmation. “Thank you for reaching out. However, consistent with our standard posture, we can neither confirm nor deny whether an individual is on the watch list,” the FBI said in response to an inquiry by Leadership Newspapers.

What is the US watchlist and how do people get on it?

The US Watchlist is the common name used to describe the US Terrorist Screening Database. The watchlist is a database that contains sensitive law enforcement and national security information on the identity of individuals and/or groups who are known to be engaged or reasonably suspected of aiding terrorist activities.

The Watchlist was introduced in 2003 by the US Government, as a response to the September 11 2001 terrorist attacks, which led to the deaths and injuries of thousands of people and destruction of assets worth billions of dollars. It provides consolidated records and the timely dissemination of terrorist identity information to the US federal, state, and local law enforcement agencies, US Department of State and Homeland Security. The database is coordinated by the Terrorists Screening Centre (TSC), an agency under the Federal Bureau of Investigations (FBI).

Records on this database are typically retrieved by an individual’s name, date of birth, passport number, fingerprints and other identifying data, including unique identifying numbers assigned by the TSC or other government agencies.

You are likely to end up on the watchlist, if you are known to be engaged or reasonably suspected of aiding or sponsoring terrorist activities against the United States of America, its territories or anywhere else in the world.

How does the US obtain records of people on the watchlist?

For foreign nationals, the Preventing and Combating Serious Crime (PCSC) initiative, grants the US government access to the biometric system of partner nations. Similarly, Nigeria and other partner nations are required to share criminal and terrorist biometrics with the US, as part of the US Visa Waiver Program.

Records are also obtained from foreign government through the Information Foreign Biometric Exchange Program. With this program, the US government collects high value biometrics from foreign law enforcement partners. The biometric records pertain to individuals of interest to partner countries, the US, or the international law enforcement community, and include individuals associated with or appropriately suspected of terrorist activity, egregious crimes or transnational criminal activity.

Another source is the fingerprint capture tool used by frontline field operatives to collect, store, and match fingerprint data. It can be done using an FBI-issued smartphone or tablet, allowing FBI agents to quickly determine positive identification of suspected persons, within and outside the US.

So, how are individuals added to the watchlist?

Nominations are submitted to the National Counterterrorism Center (NCTC) which determines if the information is credible. Thereafter, the nomination is entered into the Terrorist Identities Datamart Environment (TIDE) and then passed to the Terrorist Screening Centre (TSC). The TSC conducts another review of the nomination to verify the information before including the individual’s record into the watchlist.

People on the US watchlist may not be aware of their inclusion, as the watchlist is designated a classified document. According to the FBI, records in the watchlist are exempted from notification, access and amendment to the extent permitted by subsections (j) and (k) of the Privacy Act, because the records contain classified intelligence and law enforcement information related to the government’s counterterrorism, law enforcement and intelligence programs.

What it means to be on the US Watchlist

Being on the US watchlist could portend an ugly experience for any individual. First, it prohibits an individual who has been listed from entering the US by air, sea, or its land entry ports. It also subjects affected persons to invasive screening at airports across the world and detention and questioning by US or foreign authorities, as a terrorism suspect. Individuals on the watchlist can also be arrested by US law enforcement as soon as contact is made and identities are matched.

Individuals who are on the US watchlist are also denied access to obtain visas to the US, its territories and some of its partner countries. Such individuals are automatically added to the US No Fly List, which prohibits them from entering the US or its territories through any port of entry, as well as boarding an aircraft that may transverse US waters or airspace.

Searching and Screening for Persons on the Watchlist

The Homeland Security Presidential Directive – 6 (HSPD-6) signed on 16th September 2003, created the Terrorist Screening Centre and empowered it to provide a 24-hour, 7-day a week response.

Records on the Watchlist are available for use by US law enforcement and intelligence officials within the country and across the world, as they encounter individuals in the course of their duties. For instance, officials of the US Customs and Border Protection Agency (CBDA) who examine individuals at various US ports of entry, search the watchlist to determine if a person can be granted access to the US. State Department officials at US embassies and consulates consult the watchlist to determine if the individual should be granted a US visa.

When a name appears to be a match against the terrorist watchlist, officials are informed of the preliminary match and provided by the TSC with information on how to proceed with the secondary screening of such individuals.

Is there any way to get off the Watchlist?

Being on the US watchlist can have serious implications which oftentimes expose individuals to adverse treatment and experiences. Individuals who believe they have been misidentified, erroneously profiled or placed on the No-Fly List can seek redress through the Traveler Redress Inquiry Program (TRIP). This program provides a central gateway for travelers to get access to information about screening, report adverse screening experience, and seek redress.

Individuals can submit inquiries to the Department of Homeland Service (DHS) via website, email or postal service. Cases are reviewed and resolved, to the extent possible, including an official response to travelers. The DHS TRIP Office, through its redress management system, assigns redress requests to the Department of State or appropriate agencies, tracks progress and coordinates responses.

Once a redress request associated with the No-Fly List is processed, the cleared individual is added to the Transportation Security Administration (TSA) Cleared List which is provided to airlines. At ports of entry, officials at the US Borders will add the cleared individual’s records into the Primary Lookout Override (PLOR), an automated system which suppresses the risk alert the next time that person is encountered.