Are The Abia State Police Guilty Of Arsonry? 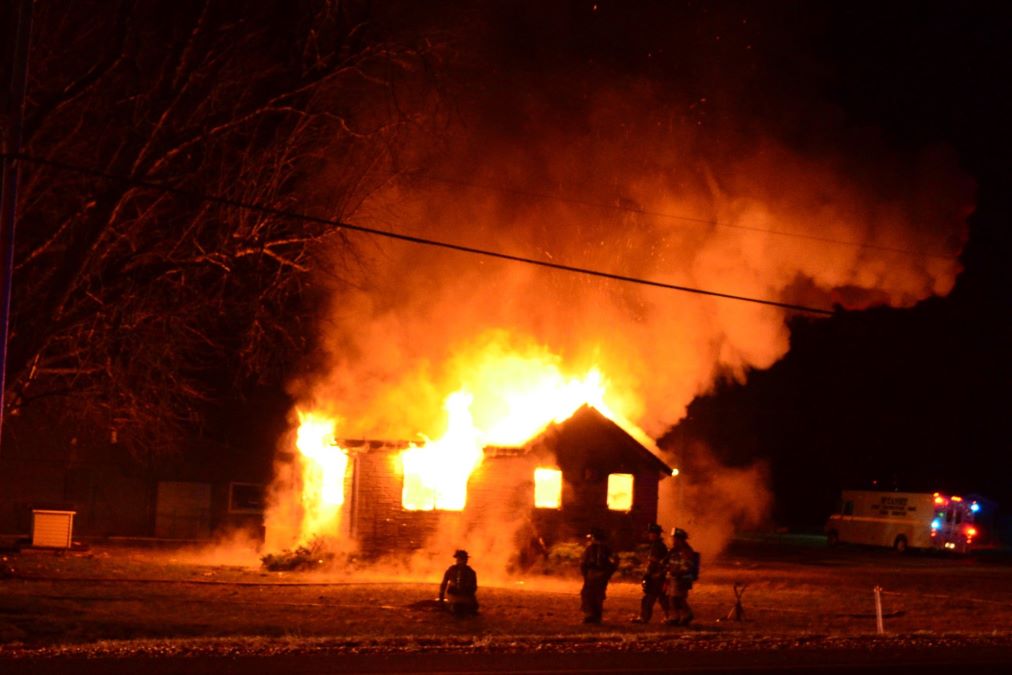 MIXTURE: News publications and eye witness reports corroborate the claim- houses were burnt and two officers died. However, exact verification as to whether the police were responsible for the arsonry remains unknown.

This Independence Day Facebook post uploaded around 8:12 pm reported that the Nigerian Police were setting people’s house ablaze in Obohia Abia state. The post reports on the misunderstanding between the youths and police which resulted in retaliatory attacks by men of the Force.

A call was put across to the Police PRO, Abia Police Command- Geoffrey Ogbonna, but to no avail. “I’m only reading it now from the pages of Newspapers,” he said. Further research led to a plethora of similar yet contradicting accounts.

Yet again, Dubawa put several calls through to the PRO; SMS included. There was no response to the call, but we got an SMS response:

“ Good afternoon, the issue is subject of Special inquiry set up by the State Governor, please”.

Firstly, we discovered this new site’s report- Best Naira New. Its headline read: “PHOTOS: Police allegedly raze houses over death of colleague in Aba”. According to the publication, unidentified gunmen during the weekend attacked a police patrol team, killing a policeman and a civilian driving the patrol team vehicle. The altercation resulted in other casualties allegedly.

Additionally, policemen set ablaze several buildings in retaliation for the death of their colleague. The publications referenced Vanguard as its source.

Also, this news platform reported that the mayhem was a result of a deal between the officers and the cartel which evolved into an alleged disagreement.

Similarly, PM News reported how the commissioner of police for the state, Mr. Ene Okon, assured the perpetrators of the crime- justice. He further distanced the police from any of the allegations; noting that the community should be ashamed.

“That community should bury their heads in shame. They should be ashamed. They are harbouring criminals and now turn to accuse police of coming to collect money in the area.
Even if police came there to collect money does that warrant killing them? The group that did this where are they from?
Is it not from the same community? The people burnt the buildings to cover their tracks”

According to an anonymous source in the report, some policemen came to the area to allegedly extort money from some alleged drug dealers and cult suspects. Another resident further informed on how the policemen regrouped and returned to the area- attacking residents and burning houses of innocent people.

Other news platforms such as Punch Newspaper and the Sun, shared the same narrative.

In a bid to ascertain clarity, Dubawa had an in-depth conversation with a resident in that area.

She revealed that the altercation which led to the demise of two police officers took place on Friday last week. Interestingly, Igbere street situated close to the Aba new market area is known for harboring Indian hemp dealers and drug addicts in places locally called “bonks.” Apparently, criminals use it as a hideout.

According to our source, the clash was a result of a long line of deals between the parties- the police and a cult group. The latter would often pay the police their “cut” as a sort of fee for operating the bonks.

“Stories have it that an external troop recently raided the area and a cultist was taken. Some members of his group met with a resident officer who collected some 400k from them for working the young man’s release. The said release didn’t work so the cult group tracked the officer to that area where they had a clash”

As a result, the police abducted residents and passersby in the area throughout Saturday, carting away goods and properties. They returned Saturday evening at around 3 pm and set a house in an area called Owerri Aba ablaze. Then on Monday afternoon 30th, September 2019 between 12-2 pm, they set 5-8 more houses ablaze on the Igbere street where the clash took place.

Let’s review the facts. There was definitely a clash between police officers and cultists at Igbere street Aba, Abia state. Consequently, two Police officers were killed. And finally, houses were set ablaze; this is confirmed by images taken from news outlet at the scene.

However, news attributing these retaliatory attacks to the police still remains speculation and is unconfirmed. PS: This report will be updated contingent on new intel arising.