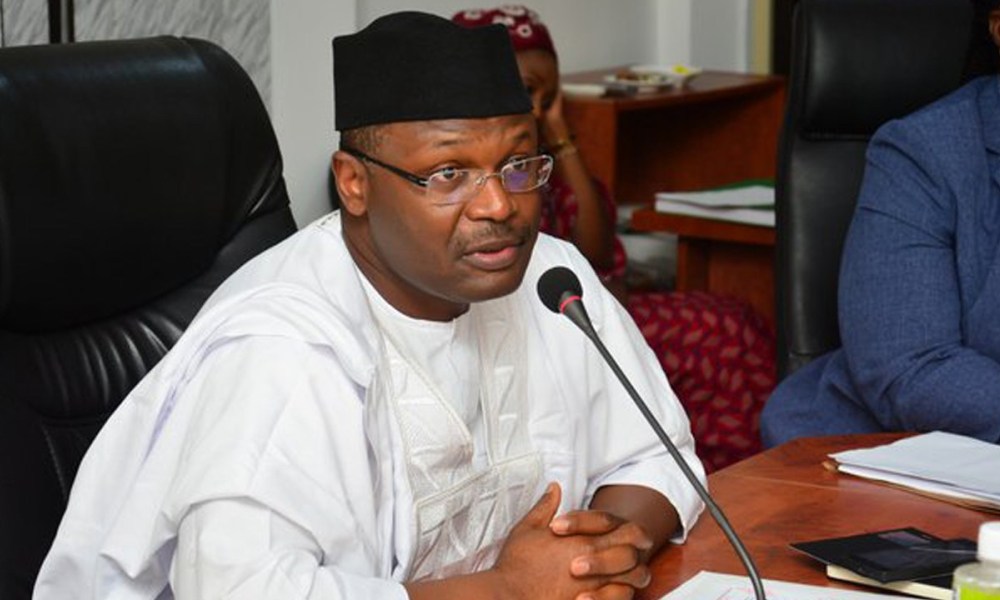 CLAIM 1: Some countries campaign till the day of election

CLAIM 3: Holland tried electronic voting but after 20 years, they reverted to ballot papers.

The Chairman of the Independent National Electoral Commission (INEC), Mahmood Yakubu, while addressing server controversy that trailed the last general election on July 8, 2019 made some interesting claims.

He is reported to have compared Nigeria’s election processes to that of some other European countries. The Chairman was quoted saying:

“In some countries, they will be campaigning till the election day because there is trust. But in Nigeria, we print ballot papers, entrust these ballot papers with the Central Bank of Nigeria (CBN) and distribution is always done with heavy security. So, here, it is a question of trust.

“Remember, some people attacked INEC offices in some states during the last elections because of ballot papers and other sensitive materials. Trust is key in any electoral process. The major difference between us and other countries is trust.

“I cannot remember any country in Europe that does electronic voting; they still engage in the manual process. Holland tried electronic voting but after 20 years, they reverted to ballot papers.”

Efforts by Dubawa to reach out to Mr Yakubu on the claims attributed to him proved abortive [He is yet to respond to our calls and text messages]. We, however carried out our independent check on the claims.

CLAIM 1: TRUE, some countries campaign till the day of election

Election silence is a period where there are no electoral campaigns with the aim of allowing voters to reflect on who to vote for.  In Nigeria, according to Section 99 (1) of the Electoral Act 2010, as amended, campaigning in public by any political party shall commence 90 days before polling day and end 24 hours prior to that day.

The United States of America has no uniform set of electoral rules for its states, yet, a popular rule amongst is that campaigning must be restricted in the polling place and its closest surroundings.

Campaigns and electoral advertisements in Australia are restricted a day before the election, but there are no controls over political campaigns on social media. In Argentina, Egypt, India, and Mozambique, campaign ends 48 hours before polls.

However, in the United Kingdom’s Code of Conduct for Campaigners, campaigners are allowed to put their messages to voters on polling day, including in public spaces outside polling places. As such, Mr Yakubu is right that some countries campaign till the election day.

Electronic voting (also known as e-voting) is voting that uses electronic means for casting/counting votes, and it could be carried out through standalone electronic voting machines (also called EVM) or computers connected to the internet.

According to World Population Review, there are 51 countries in Europe, most of which are considered developed. Regardless, there are still concerns about the reliability, privacy and safety of internet voting for elections, and as a result, only very few countries have experimented with it.

Estonia was the first country in Europe and the entire world to introduce online voting in 2005 for its general elections, where over 31% of its populace voted.

A crucial component of Estonia’s system (which makes it relatively safe) is that online voting is linked to the country’s state-of-the-art electronic identity cards – carried by every citizen and resident. It is this card that they use for online banking and other transactions. Digital ID cards allow for secure authentication of the owner online and enable a digital signature to be linked to the account. Newer cards include an electronic copy of the owner’s fingerprints.

Estonia’s success in implementing e-voting has challenged other European states to do the same. Some failed nationally, while others employ the process in some districts.

According to BBC, Norway tested internet voting in its parliamentary elections in 2011 and 2013 but decided to discontinue online voting due to political disagreement and voters’ insecurity concerns.

In 2007, Netherlands reverted back to paper ballots, after anti-e-voting activists showed that it is not secure, using experimental hacking.

In 2009, Germany stopped using voting machines after a Constitutional Court ruled they were not transparent enough.

In 2002, Ireland spent €54 million on electronic voting machines, but concerns about their susceptibility to tampering and a lack of paper trail meant they were never used. Thus, in 2006 the country dropped plans to use the machines because of security concerns

In France, voting machines are used in some districts. According to Microsoft Corporate, France had allowed overseas citizens to vote online but after reports of hacking in the US national elections in 2016 emerged, France announced there would be no e-voting in its 2017 national elections.

About 10% of Russia’s polling stations were equipped with e-voting machines in its national elections in 2018.

In Belgium, some districts use e-voting machines.

Countries like Spain, Hungary, Poland, United Kingdom, Austria, Romania, Italy, Greece, Portugal, conduct voting and vote counting manually. However, the voter registry is digitally collated while the dissemination of results is done in-person and/or through the internet.

The claim that no European country engages in e-voting is FALSE. While it is not widespread, it still exists!

It continued till the municipal elections held in 2006 where 99% of the voters cast their votes with the use of a voting machine, and even voters abroad voted through the internet.  But after the elections, there were a lot of concerns about safety and secrecy of the votes, forcing the Ministry of Interior to quit and reverse to paper balloting.

While it is true that Netherlands has stopped the use of e- voting, it was not after 20 years. By simple arithmetic, it was far more than the years claimed by Mr Yakubu – about 28 years.