Is Kano State planning to ban women from driving? 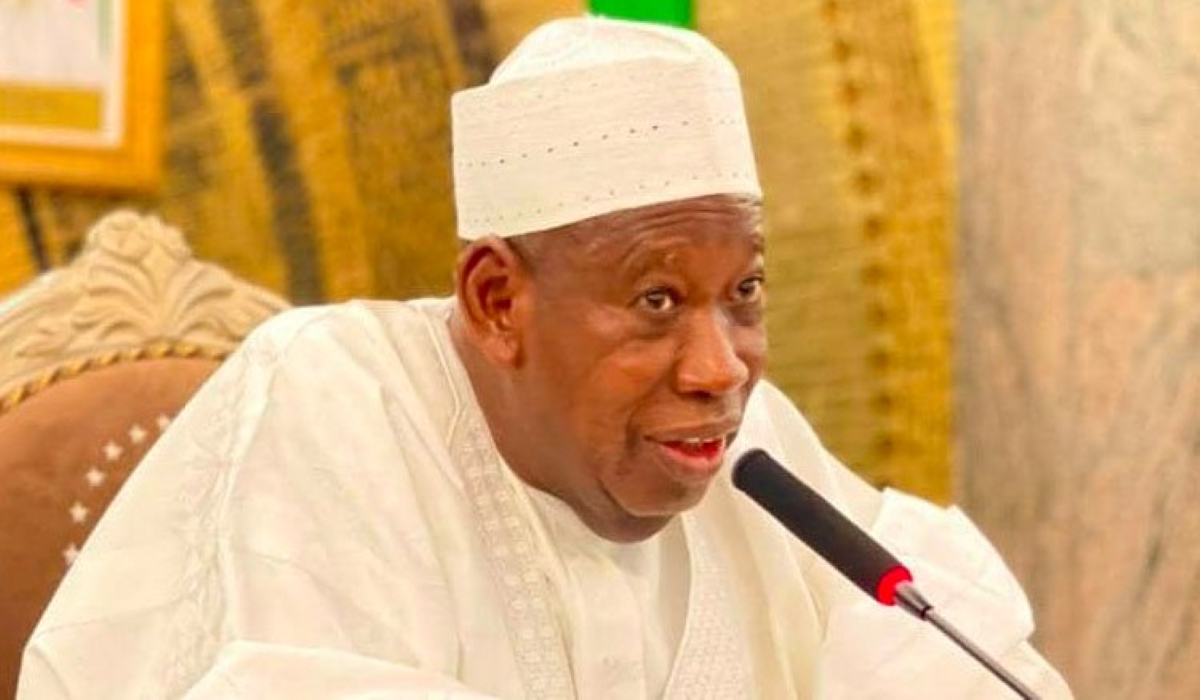 Claim: A social media post claims there are plans by the Kano State Government to ban women from driving vehicles in the state.

Verdict: False and Misleading. There is no evidence substantiating this claim.

Kano, alongside 11 other states in Nigeria’s predominantly muslim north, operates the Sharia code, an islamic legal system it adopted in 2000.

The code outlaws the consumption of alcohol, adultery, homosexuality, and conversations between men and women in public places on the grounds of alleged immorality. It prescribes serious punishments such as public flogging, amputations, and stoning to death – all of which are enforced by the Hisbah Corps, the state’s special police force.

Some of these laws have often been portrayed as particularly regressive in terms of women’s rights.

“Our aim is to be at the forefront of conducting our activities decently and to protect Allah’s Sharia,” the then Kano governor, Ibrahim Shekarau, said of the law.

The media space was recently hit with a claim that the Kano State Government was secretly working to enact a law that will bar women in the state from driving.

The report, which was published by a blog, The Reflector, claimed the decision was a “secret plan” by the state government and the Council of Ulama in the state.

“Barring any unforeseen development, Kano State Government in conjunctions (sic) with state’s Council of Ulama are planning to enact a law prohibiting women irrespective of any faith from driving vehicles in state (sic),” it reads.

“This is from the fallout of a highly secretive meeting held at Sharia Commission during Sallah break between the Commissioner for Religious Affairs, Dr. Mohammed Tahir (Baba Impossible) with the team of the state’s Ulamas led by Sheikh Abdulwahab Abdallah BUK.”

The report claimed that the purported bill whose drafting is in progress at the Kano State Ministry of Justice, would soon be presented to the State House of Assembly for ratification and enactment into law.

It said the call for the ban was led by Sheikh Abdallah Usman Umar Gadon Kaya who said “allowing women driving in the state represents the darkest moments” for muslims.

The report further reads: “In his submission, Dr Sani Umar Rijiyar Lemo posited that Kano State should borrow a leaf from Saudi Arabia, which, according to him, is a society governed by Islamic sharia laws.

“In his remarks, Sheikh Abdallah Pakistan opined that there is no better time to enact such a law than now because the state is undergoing Islamic revivalism under Governor Ganduje.

“As a Servant of Islam, Governor Ganduje would do everything to ensure Kano is set on the path of sanity, moral rectitude as enshrined by Islam,” he said.

If passed into law, the bill will bar women, irrespective of religion, from driving cars or any automobiles within the state.

Dubawa did a keyword search and found that the report was not published on any credible news platform in the country.

The claim has also been debunked by Mohammed Garba, the Kano State Commissioner for Information.

In a statement on Tuesday, Mr Garba described the reports as “fallacious” and lacking credibility.

“The trending story lacks credibility and that is why it is wholly attributed to a source that cannot be substantiated,” he said.

Mr Garba noted that the state government would not hold a “secretive meeting” to decide on a critical issue that concerned its teeming populace, adding that even Saudi Arabia, a leading islamic country, had in 2018, repealed the law that barred women from driving.

The report quoted a cleric who it said asked the Kano State to borrow a leaf from Saudi Arabia, which, according to him, “is a society governed by Islamic sharia laws”.

However, a check reveals that women have been driving in Saudi Arabia for the past three years.

In 2018, the Government of Saudi Arabia repealed a law which banned women from driving. The lifting of the ban was presented by Crown Prince Mohammed bin Salman (commonly referred to by his nickname, MBS) as part of a sweeping initiative to modernize and diversify the economy away from heavy reliance on oil.

Thus, the ban on women driving in Saudi Arabia held more of a cultural outlook unlike the religious motive behind laws in Nigeria’s prevailing muslim north.

The Kano Commissioner also expressed delight that some of the scholars mentioned in the report as supporting the alleged ban, had already dissociated themselves from it.

One of them, Sheikh Abdullah Kaya, has described it as “fake news”.

“I, Abdullah Usman Umar Gadon Kaya, strongly say that this is fake news. I don’t have any hands in it. It’s the act of enemies who want to crack peace in our dear state (Kano) and Nigeria at large,” the cleric wrote on Facebook.

Dubawa also reached out to the Chairman of the Christian Association of Nigeria (CAN) in Kano State, Reverend Samuel Adeolu Adeyemo and Sheikh Ibrahim Khali, the Chairman Council of Ulamas, who both described the information as “baseless.”

The claim in a widely circulated report that the Kano State Government was planning to ban women from driving vehicles in the state is false and unfounded. The report was not published by any credible news platform in the country.

Consequently, stakeholders in the state including the Chairman of the Council of Ulamas, the state’s Commissioner for Information, Chairman of the Christian Association of Nigeria, as well as one of the clerics mentioned in the report, have publicly debunked the claim, describing it as falsehood.