Does a combination of local gin, sugar and salt cure Cholera? 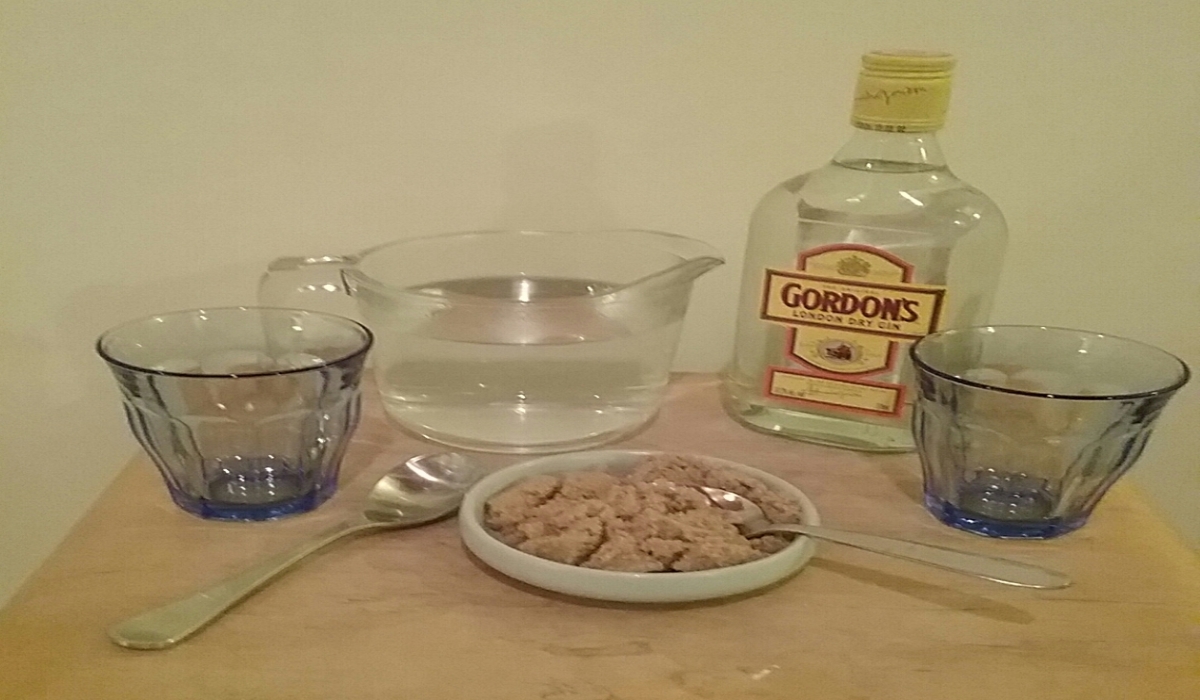 A mixture of local gin, salt and sugar doesn’t cure cholera, rather it increases the chances of death

Cholera cases are on the rise in Nigeria and because it is gaining a lot of reportage, various recommendations are flying all over the social media space as remedies to either prevent or cure the disease.

One of such recommendations is that from Tianah Ije in an open Facebook group known as Morning Dew Natural Care for Diseases. This Facebook user recommended a mixture of local gin, sugar, and salt for curing cholera.

She wrote, “CHOLERA.. CHOLERA is an infection/disease contacted by consuming contaminated food or water, cholera is caused by a bacterium called Vibrio cholera.

Preparation,,,,mix 1 shot of local gin, 3 cubes of sugar,1.5 level spoon of Salt together and drink at Once  this mixture gives instant result….it will [email protected] Tianà.”

The post which received only positive feedback showed that the people on the group were grateful and appreciated her for her timely intervention.

A quick check on the background by this fact-checker on the person who shared the post showed that Tianah Ije did not put up any educational or professional certification on her bio which is unusual for professional people.

It was also found that she does not have a clear profile picture on her facebook page or any means of identifying her, apart from stating that she was from Imo State, Nigeria.

According to the World Health Organisation, cholera is an acute diarrhoeal infection caused by ingestion of food or water contaminated with the bacterium Vibrio cholerae.

This bacterium, the United Nations health agency said, is usually found in water or food sources contaminated by faeces from a person infected with cholera. WHO noted that cholera is most likely to be found and spread in places with inadequate water treatment, poor sanitation, and inadequate hygiene. The health agency warned that cholera can kill within hours if left untreated.

The PUNCH reported that as of July 26, 2021, the cholera death toll in Nigeria increased by over 61 per cent within a three-week period, bringing the total number of deaths from 325 to 529 with states like Kaduna, Jigawa, Bauchi and the Federal Capital Territory accounting for most of the fatalities.

According to the NCDC, cholera in Nigeria is an endemic and seasonal disease, occurring annually, mostly during the rainy season and more often in areas with poor sanitation, with the first series of cholera outbreaks reported between 1970 and 1990. Major epidemics also occurred in 1992, 1995-1996, and 1997.

According to the post on the NCDC site, the majority of affected people can be treated successfully through prompt administration of oral rehydration solutions. Severely dehydrated patients are at risk of shock and require the rapid administration of intravenous fluids. Such patients should also be given appropriate antibiotics to diminish the duration of diarrhoea, and reduce the volume of rehydration fluids needed.

Rapid access to treatment is essential during a cholera outbreak. Antibiotics may  also shorten the duration and severity of symptoms and are a useful adjunctive therapy, with a range that includes macrolides, fluoroquinolones, and tetracyclines depending on resistance profile, the NCDC stated.

A medical practitioner, Dr Ismail Lawal advised that people should ensure the blocking of transmission avenues of cholera in the environment. One of such ways is by drinking safe water.

Lawal lamented that many houses do not have good sources of drinking water and it was important that potable water is made available to the people.

THe NCDC  noted that good personal hygiene should be emphasised, as well as proper disposal of sewage and refuse, good hand washing practices and consumption of safe water and food.

On the websites, it stated, “ Enhanced epidemiological and laboratory surveillance to identify endemic areas and detect, confirm, and quickly respond to outbreaks help in control of infection. Community engagement for behavioral changes and improved hygiene practices, as well as quick access to treatment are essential. Immunisation with Oral Cholera Vaccine can play an important role in outbreak prevention and control, and in the long-term control of cholera.

“The vaccines should always be used in conjunction with other cholera prevention and control strategies in areas with endemic cholera, in humanitarian crises with high risk of cholera, and during cholera outbreaks.”

Gin is a flavored alcoholic beverage with juniper as its predominant flavorant, usually produced by distillation in copper stills traditionally used for spirit production. In addition to juniper, many botanicals, notably coriander, cardamom, orange peel, and angelica root, may be used to add supplemental flavours.

The most common gin is the London type in which the flavor components are derived from the plant ingredients used in its production. A distilled dry gin is a distilled gin with a very small proportion of plant-derived components.

The two main plant ingredients are J. communis L. berries and Coriandrum sativum L. seeds. The main components of essential oil from these plants are terpenes which constitute the major part of the flavor of the gin. The components found in these plants and in the gins made from them are given in Table below:

As can be observed, the main terpenic components of the gin, α-pinene and linalool, coincide with those of its plant ingredients. If only the heart of the distilled fraction is used, the proportion of the main components with low molecular weight (unoxygenated monoterpenes) from J. communis L. is reduced.

Some gins use not only these components but also other plant ingredients which contain a high proportion of essential oil and, in addition, possess a terpene content near to or exceeding 50%. Their effect, although they are only used in small proportions to give the gin aroma, can significantly affect the final aroma. This is the case with the use of orange oil, which contains 90% d-limonene, and cinnamon and cassia bark, whose oils contain 70–95% and 60–70% cinnamic aldehyde respectively.

The odour threshold for linalool (a major component of coriander oil) in 20% ethanol is 9 p.p.m., while for γ-terpinene it is 1.5 p.p.m.; as both have an ‘orangey’ aroma, the latter compound can be more dominant than linalool in the aroma.

The main component of juniper (α-pinene, threshold value 5 p.p.m.) seems to play a decisive role in the aroma, which is not the case for p-terpineol (threshold value 13 p.p.m.).

Limonene, although having a high odor threshold (6.5 p.p.m.), contributes decisively to the flavor of ‘orangey’ gins which are made with oranges and lemons. However, this is not the case with cinnamaldehyde (the major component of cassia and cinnamon bark), which is normally found in gins at concentrations below its odor threshold (3 p.p.m.).

In Dutch gin, together with the terpene hydrocarbons, the components responsible for the flavor include higher alcohols, especially isomyl alcohol and, to a lesser degree, isobutanol, propanol, ethyl acetate, and 2-butanol.

A mixture of local gin, salt and sugar does not cure cholera – Expert

However, an Ondo state epidemiologist, Dr  Stephen Fagbemi, said that it is misleading for anyone to say a mixture of gin, salt and sugar will cure cholera.

He said, “Anyone who is giving that counsel of mixing gin, sugar and salt is attempting homicide and anyone who takes that mixture is planning to commit suicide. Cholera patients are already dehydrated, they have lost a lot of water and anyone who takes alcohol gets more hydrated, how does that help?

Faghemi noted that people often spread false news during an outbreak or when the country was dealing with any kind of disease.

He lamented, “These people are back with their misleading information, NIgeria is going through a very serious cholera situation and many states are affected and a lot of lives have been lost.”

“Please help us use your platform to correct that such information is not true. Anyone who is stooling should be helped to the nearest hospital or health centre. People should not delay or start checking the internet especially when it involves children or elderly people stooling. Please help save lives by putting the right information out there. A mixture of local gin, salt and sugar does not cure cholera,” the epidemiologist pleaded.

The researcher produced this fact-check per the Dubawa 2021 Kwame KariKari Fellowship partnership with The PUNCH to facilitate the ethos of “truth” in journalism and enhance media literacy in the country.