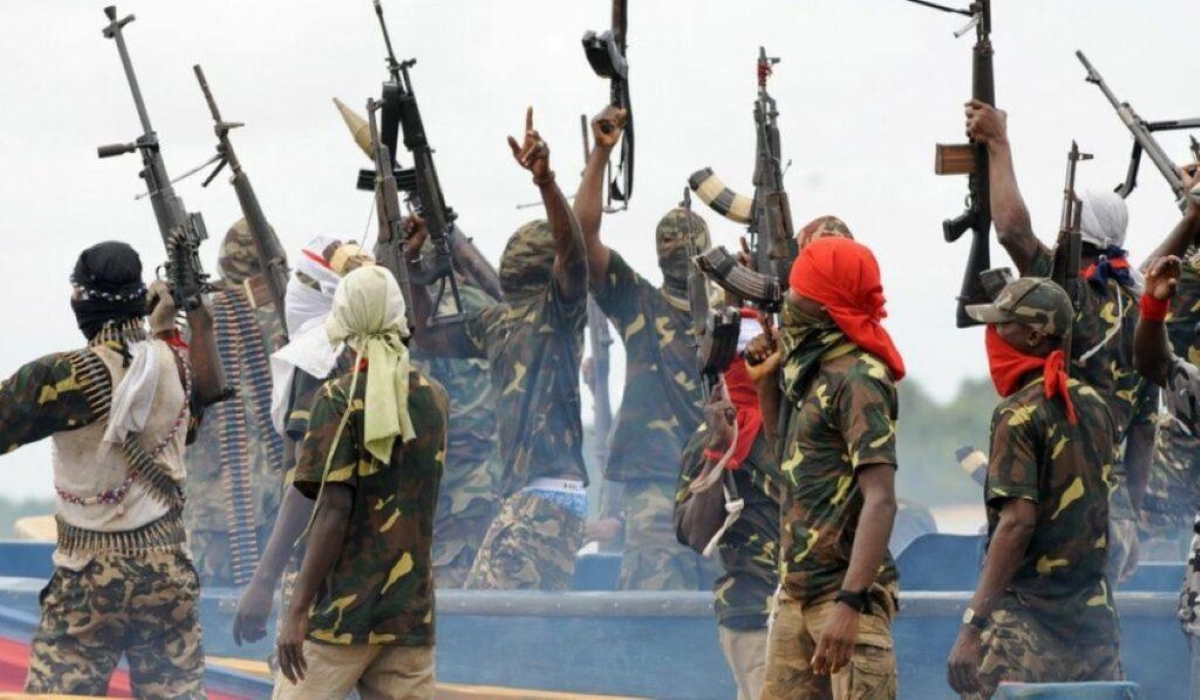 The report with the headline, “Breaking: Niger Delta Avengers Attack Nigerian Navy, Kill Security Operatives”, stated that militants attacked the naval officers who were attached to a security vessel in Bayelsa State, and killed some of them.

“Gunmen believed to be Niger Delta Avengers have attacked Nigerian Navy personnel deployed to a waterways security vessel in Bayelsa State, killing some of the military men,” the report reads.

“A video seen by SaharaReporters showed about three personnel down as the Niger Delta militants continued the heavy gun battle with the military.”

A video of the purported attack was also embedded in the report. In the clip, a group of military men were seen exchanging gunfire with armed men in civilian clothing; some of whom appear to have fallen after being shot.

The original report by Sahara Reporters, which has since been taken down, can be found archived here. It was, however, reposted by many websites including this and this. The report was also widely circulated on social media including Twitter and Facebook, where it was retweeted and shared by multiple users.

Many users who saw the post believed the authenticity of the report, as demonstrated in their comments. One of them wrote: “This happened weeks ago and the so-called avengers all collect!! But I see security operatives killing more of the attackers.”

The report claimed that the attack followed threats to resume hostilities made by the militant group in June 2021.

“The NDA on June 27 had threatened that they would return with “Operation Humble” which is similar to its “Operation Red” of 2016, designed to destroy oil installations.

“The group bemoaned the fact that the region had remained neglected despite its rich resources, stressing that its fresh violent onslaught against oil installations will shake the economy.”

The Niger Delta Avengers is the most prominent militant group operating in the Niger Delta, Nigeria’s oil-rich region.

The group alleges perpetual neglect of the Niger Delta and insist that the government must address issues of poverty, environmental pollution and degradation plaguing the region. It is credited with several abductions, assaults on security forces, and numerous attacks on oil and gas installations, which have caused a massive decline in the country’s crude output.

Dubawa observed that the incident was not reported by credible news outlets in the country, after a keyword search.

The video of the purported attack, embedded in the report, was traced to Youtube using the inspect element tool. Uploaded to a Youtube channel SpiritualClips, the video was tagged “Gunmen attack Naval Base in Bayelsa – Nigeria”.  Dubawa found that the clip was an abridged version of the video of an operational simulation by the Special Boat Services (SBS), a special operations unit of the Nigerian Navy.

The simulation exercise by the SBS included a demonstration of a tactical response to a hostage situation, to show the Navy’s combat readiness to curb crime and improve security. It was held as part of activities at an event to mark the reception of gunboats, drones and other security hardwares donated to the Nigerian Navy by Aiteo Group, a leading energy company in Nigeria.

The event was held on 6th August 2021 in Portharcourt, Rivers State, and not Bayelsa State as wrongly reported by Sahara Reporters.

Clips of the ceremony were also shared online by the naval authorities. The full video can be found here on the Aiteo Group channel.

The Nigerian Navy has also refuted the claim in a statement by its spokesperson, Commodore Suleiman Dahun.

“The Nigerian Navy wishes to categorically state that the video clip in question is a simulated assault on a militant’s location by Nigerian Navy Special Boat Service, and only a disreputable news media would gobble such as fit for publication,” he said.

The claim that Niger Delta militants attacked and killed Nigerian Navy officers is FALSE. The incident never happened. The video widely circulated is a clip from a hostage situation lifted from the full video of a tactical simulation exercise by the Nigerian Navy at a recent ceremony.