The celebration of Nigeria’s independence is not merely for the triumphs of today but for the sake of the past, as a means of drawing a new path for the future. However, one history that has been shared with so much enthusiasm is how Nigeria was wealthy and self-sufficient before the discovery of crude oil.

This narrative is usually tied around the claim that Nigeria was prosperous but began to face economic insufficiency when it abandoned sectors such as agriculture, manufacturing, mining, etc., and focused its economy on crude oil.  In the President’s Democracy Day speech, he also highlighted that Nigeria was once sufficient without crude oil, and was a giant in the mining,  agricultural, and fishing sectors.

Even when Nigeria plunged into recession in 2016, most experts and the present government proposed that economic diversification is the realistic way towards  Nigeria’s better future. This diversification was designed principally around agriculture, mining, manufacturing amongst other sectors. However, to the younger generation, this once acclaimed powerful ‘crudeless’ Nigerian economy is but a myth. To some, it’s a flimsy excuse by the government to cling to past glory, but changes in the history of the economy over time confirms the importance of economic diversification.

The basis for economic diversity

Nevertheless, this widely acclaimed tenet of a once robust Nigeria seems to have stemmed from how Nigeria was recognized for her agriculture-based economy before the discovery of vast sums of crude oil in 1956 in Oloibiri village, present-day Bayelsa State. The economy in the pre-petroleum years demonstrated that agriculture was the principal source of Nigeria’s foreign exchange earnings through the exportation of cash crops such as rubber from Delta State in the south-south region; groundnut, hide, and skin delivered by the northern region; cocoa and coffee from the western region; and palm oil and kernels from the eastern region of the country. It also suggests that the exploration of crude oil in Nigeria came with a paradox, both promising and discouraging at the same time.  It brought economic expansion and infrastructural development but also environmental ruin, the more the country depended on crude oil.

Further, some experts felt that the prominent drawback was the decline of the environment, particularly the aquatic environment, which affected fishing, the main source of livelihood for the riverine communities where the crude was extracted. This gave rise to the idea that there is a crucial need for the diversification of the Nigerian economy. Hence the narrative about how Nigeria was resourceful in other sectors of the economy but shifted its focus on Crude became prevalent especially since the on-and-off collapse in the price of oil  since 2015.

Nevertheless, this article seeks to explore the veracity of this widely popular claim that Nigeria was once wealthy before the exploration of crude oil.

Historically, agriculture provided the resources for financing economic development in Nigeria, long before crude oil became the main source of revenue and foreign exchange earnings. Agriculture was the mainstay of Nigeria’s economy before the discovery of crude oil. From 1960 to 1969, the sector accounted for an average of 57.0% of GDP and generated 64.5% of export earnings. From 1970 to the late 2000s, the sector’s contribution to GDP and export earnings steadily declined, because Nigeria’s focus shifted to petroleum exploration.

Data released by the National Bureau of Statistics (NBS) showed that Agriculture has contributed to the GDP of Nigeria over the past five years, on an average of 23.5%  GDP, and generated 5.1% of export earnings.  Tracing back before independence and the exploration of crude oil, Nigeria produced 41% of the total groundnut production in West Africa.

The groundnut pyramids used to be conspicuous in the city of Kano  (northern Nigeria) and  was hard to miss by visitors to Kano.

Yet even before the exploration of crude, Louis Odumegwu Ojukwu, reportedly the first black billionaire and founding president of the Nigerian Stock Exchange, was Profiled in September 1965 by TIME magazine, to have made his money by importing dried fish for resale and diversifying into textiles, cement, and transport. His wealth, which did not involve crude oil, was estimated at $4 billion in today’s economic value at the time of his passing.

Cocoa was another massive contributor to Nigeria’s wealth, it was the most important agricultural export crop in Nigeria during the 1950s and 1960s. The period was described as decades of glory for cocoa as it was the most important foreign exchange earner for Nigeria. Production peaked at 400,000 metric tons in 1970. However, the oil boom of the 1970s resulted in the display of ‘Dutch disease,’ the neglect of the agricultural economy while focusing only on oil which became almost the sole foreign exchange earner. Cocoa production in Nigeria then witnessed a downward trend after the 1971 season, when its export declined to 216,000 metric tons in 1976, and 150,000 metric tons in 1986.

Apparently, agriculture was not the only contributor to the Nigerian economy prior to Crude oil exploration. Coal has also offered Nigeria a great wealth of opportunity. According to the Bureau of Public Enterprise, Coal production started in Nigeria in 1916 and it was the main energy source for the country until 1960. The Nation’s inquiries show that coal is present in about 13 states and even experts put the coal deposit at about 2.8 billion metric tons. A study by Behre Dolbear & Company (USA) Inc shows that the Anambra Coal Basin is of seven coal mining districts; three of the basins have been explored to an appreciable level, and they are the Kogi, Benue, and Enugu Coal Districts and they further have two or more coal resource areas, each of which was massively exported to Europe especially during the second world war. 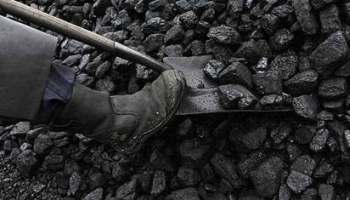 Nigeria was indeed wealthy before crude oil and had the potentials of a strong and self resilient economy.  Few areas have revealed the missing nexus between the supposed greatness of Nigeria and what it could have turned out to be. Yet as Nigeria celebrates another independence day, it is appropriate to point out that as long as other sectors like agriculture, manufacturing, the mining sector, etc. are neglected, Nigerians will be free but walking in the chains of debt, hunger, lack, and poverty.

The Nigerian economy was robust before the exploration of crude oil.  From the massive groundnut pyramids in Kano; to the enormous output of cocoa in  Ondo, and the vast quantities of coal extraction in Enugu, the nation was already on its way to prosperity. Even more appreciable was the exploits attained by Luis Ojukwu to become the first billionaire in Africa even before the crude oil boom, making his money in areas that are considered irrelevant in Nigeria today.

Aliko Dangote is today the richest man in Africa, mastering sectors that have little or no relation to crude oil.   These historical facts unveil to us the potentials of other sectors apart from petroleum and what could be achieved if investments are channeled to those areas. As we celebrate the country’s 60 years of independence soon, it’s most crucial we let it show  in the economic policies we adopt and act on them, to stabilize and develop  the country’s economy.

Does groundnut cause pimples as sometimes claimed?

Beyond The Headlines #3: Read The Entire Article!