Nipah virus: How true is claim there is a new virus outbreak in China? 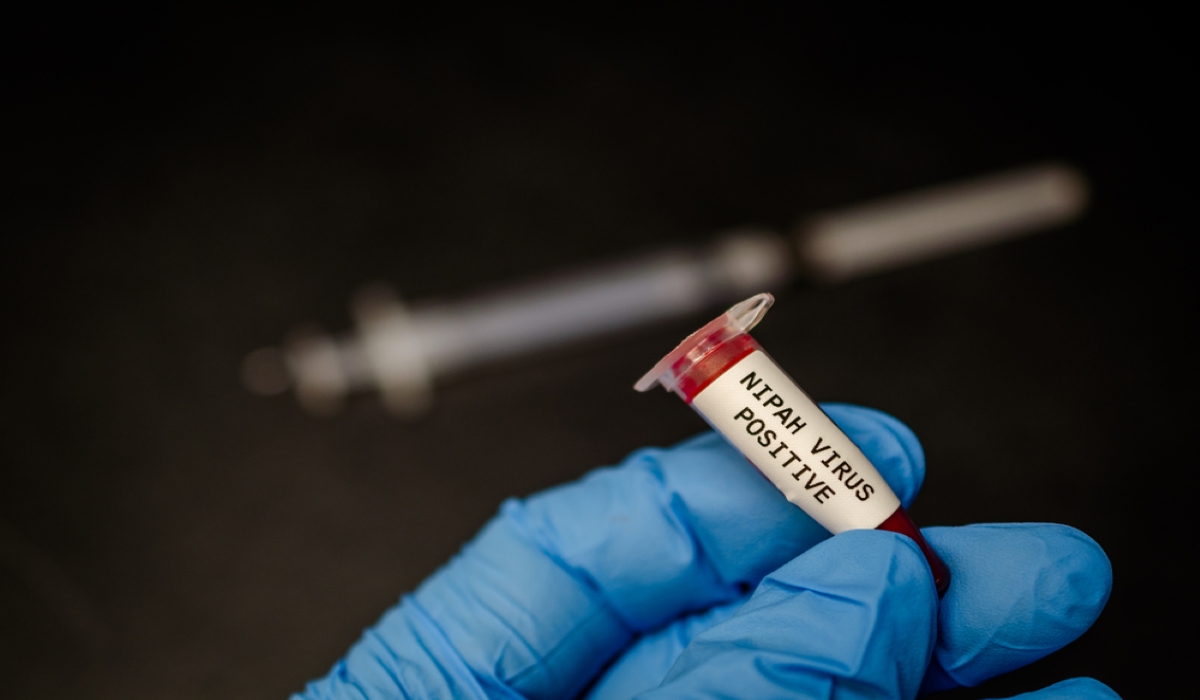 Claim: A Twitter post claims there is a new virus from China called the Nipah virus with 75% fatality.

Although it is true there is a nipah virus with a fatality rate between 40% to 75%, it’s not a new virus and it did not originate from China.

A Twitter post by World Publicist (@isimaOdeh) claims there is a new virus outbreak in China called the Nipah virus. The Twitter user also claims that the virus has a fatality rate of 75%.

Dubawa conducted a keyword search on Twitter and Google. Twitter’s keyword search led to other posts by Twitter users and news blogs announcing the Nipah virus as a new virus from China.

A Twitter post by Instablog9ja (@instablog9ja) added that the virus is rare and is spread by fruit bats.

The google keyword search also led to reports on the virus. One report by the British Broadcasting Corporation (BBC) notes that this is another virus that worries Asia.

What is Nipah virus?

According to the World Health Organisation (WHO) Nipah virus (NiV) is a zoonotic virus that was first recognized in 1999 during an outbreak among pig farmers in Malaysia and in Bangladesh in 2001 with nearly annual outbreaks since then. The disease has also been identified periodically in eastern India.

It is worthy of note that although Nipah virus has caused only a few known outbreaks in Asia, other regions may be at risk for infection, as evidence of the virus has been found in the known natural reservoir (Pteropus bat species) and several other bat species in a number of countries, including Cambodia, Ghana, Indonesia, Madagascar, the Philippines, and Thailand.

What is its mode of transmission?

The Nipah Virus is transmitted from animals to humans, through contaminated food or directly between people. In infected people, it causes a range of illnesses from asymptomatic (subclinical) infection to acute respiratory illness and fatal encephalitis. Fruit bats of the family Pteropodidae (particularly species belonging to the Pteropus genus) are the natural hosts for Nipah virus.

The virus can also cause severe disease in animals such as pigs, resulting in significant economic losses for farmers.

What are the signs and symptoms?

Some people can also experience atypical pneumonia and severe respiratory problems, including acute respiratory distress. Encephalitis and seizures occur in severe cases, progressing to coma within 24 to 48 hours. Most people who survive acute encephalitis make a full recovery, but long term neurologic conditions have been reported in survivors.

Approximately 20% of patients are left with residual neurological consequences such as seizure disorder and personality changes. A small number of people who recover subsequently relapse or develop delayed onset encephalitis.

The case fatality rate is estimated at 40% to 75% which can vary by outbreak depending on local capabilities for epidemiological surveillance and clinical management.

How is the virus diagnosed?

Because initial signs and symptoms of Nipah virus infection are nonspecific, the diagnosis is often not suspected at the time of presentation.  This can hinder accurate diagnosis and creates challenges in outbreak detection, effective and timely infection control measures, and outbreak response activities.

In addition, the quality, quantity, type, timing of clinical sample collection and the time needed to transfer samples to the laboratory can affect the accuracy of laboratory results.

Nipah virus infection can be diagnosed with clinical history during the acute and convalescent phase of the disease. The main tests used are real-time polymerase chain reaction (RT-PCR) from bodily fluids and antibody detection via enzyme-linked immunosorbent assay (ELISA). Other tests used include polymerase chain reaction (PCR) assay and virus isolation by cell culture.

How is the virus Treated or prevented?

There are currently no drugs or vaccines specific for Nipah virus infection although the WHO has identified Nipah as a priority disease for the WHO Research and Development Blueprint.  For now, intensive supportive care is recommended to treat severe respiratory and neurologic complications.

According to the Center for Disease Control and Prevention (CDC) in areas where there is an outbreak, there are preventive practices like regular handwashing with soap and water,  avoid contact with sick bats or pigs, avoid areas where bats are known to roost, avoid consumption of raw date palm sap, avoid consumption of fruits that may be contaminated by bats, and avoid contact with the blood or body fluids of any person known to be infected with NiV.

While it is true the nipah virus exists and has a fatality rate of between 40% to 75%, it is not a new virus and it did not originate from China. The WHO noted the virus was first reported in  1999 in Malaysia.