No, These Are Not Katsina Women Calling Buhari to Resign 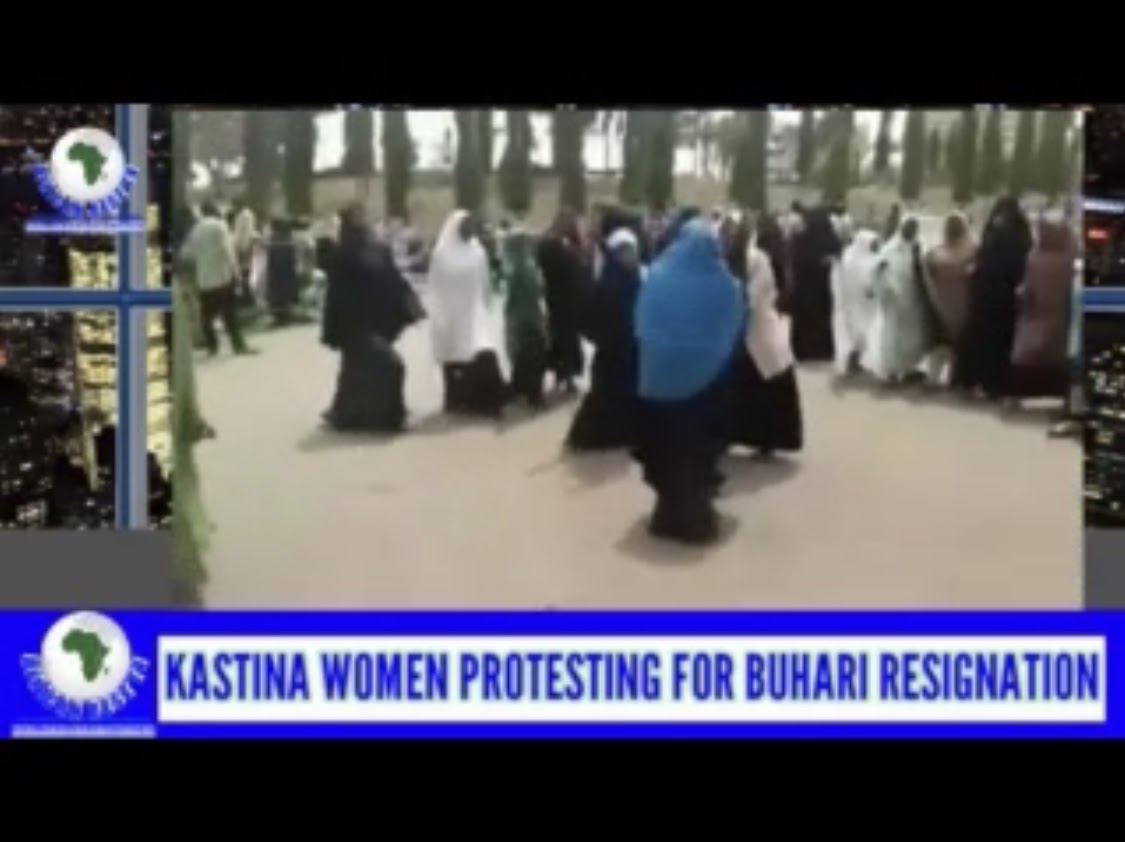 Claim: A video shared widely on WhatsApp and uploaded to Twitter shows women protesting and calling in Hausa language on Buhari to release “Mallam.”

“Kai Buhari, Fir’aunan zamani sako mana Mallam,” is a chant in Hausa which literally means “You, Buhari, a modern pharaoh, release Mallam for us.”

The video was edited and recirculated on social media, majorly Twitter and WhatsApp, with the caption “Katsina Women Protesting for Buhari Resignation”.

The one minute and thirty seconds video was shared widely on WhatsApp and uploaded to Twitter.

A Twitter user with the name Harri (@harri25_) uploaded the video on Twitter, claiming “Kastina Women protesting for Buhari Resignation…#EndSARS”.

A user with the name Political_Somebody (@princessphilem1) replied to the tweet, “People are obviously tired of his bad government, things are going worse by the day.”

Another user with the name Auchman (@Auchman1) added, “And instead of the VP after seeing all these to tell Mr President the truth and resign he is there telling us nonsense”

A journalist, Mahdi Garba, who reports on the activities of IMN, said the video was recorded in Abuja when Shi’a Women were protesting for the release of Sheikh Ibrahim El-Zakzaky who was detained by the Federal Government of Nigeria under Muhammadu Buhari.

We could not identify when the video was first uploaded to the Internet, but the content of the video does not show women from Katsina or any particular state in northern Nigeria.

Some women, speaking in Hausa, in the video did not ask Buhari to resign but requested that he release El-Zakzaky.

This translates to, “You Buhari, a modern pharaoh (tyrant), release Mallam for us.”

The video being circulated on social media did not show Katsina women protesting for President Buhari’s resignation.

The video was taken in Abuja and shows women members of the IMN calling President Muhammadu Buhari to release their leader who is still under detention for about four years.

This fact-check is produced per HumAngle partnership with the Dubawa 2020 Fellowship to facilitate the ethos of “truth” in journalism and enhance media literacy in Nigeria.