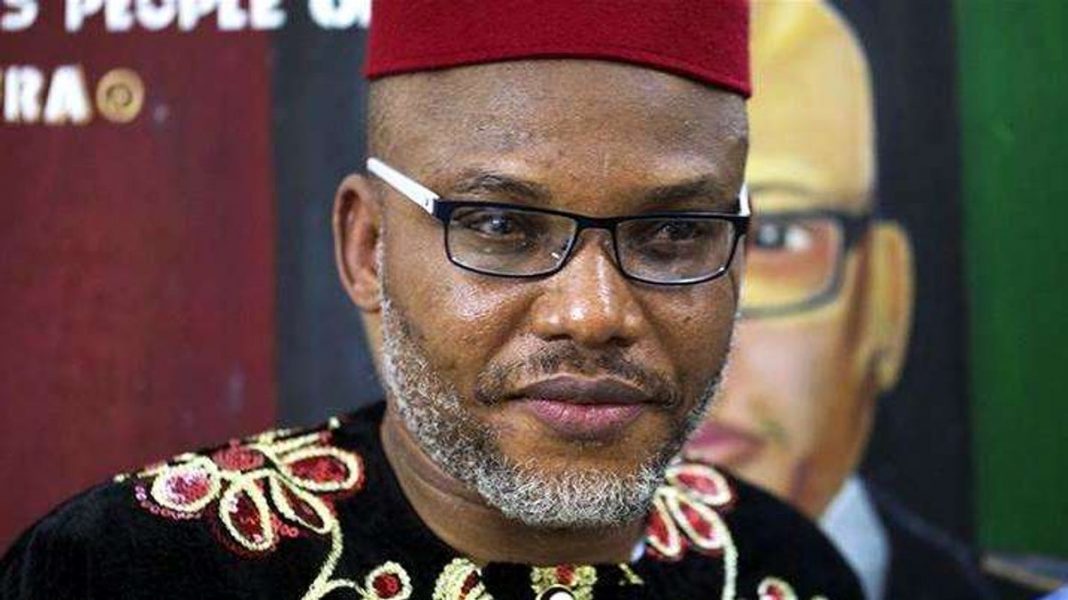 TRUE: Yes! Nnamdi Kanu did in fact make a “call to action”; but not just to members of the Indigenous People of Biafra (IPOB)  as was reported. He also addressed the directive to Hausa, Yoruba and Middle belt indigenes residing in Japan.

Several reports quoted Nnamdi Kanu as having ordered members of the Indigenous People of Biafra (IPOB) to arrest the Nigerian president and hand him over to the Japanese authorities. This was for the alleged human rights violations between 2015 and 2019. Kanu also stated that IPOB would be ready for the legal consequences of their actions.

Media platforms like Sahara Reporters, Vanguard, Punch, etc recently reported the story. This comes in lieu of the Seventh Tokyo International Conference on African Development, to be held in Yokohama, Japan from August 28-30th 2019. And, President Muhammadu Buhari’s intent to participate in the conference may just have prompted the “call to action”

The proscribed indigenous leader of Biafra, Mazi Nnamdi Kanu (as he is sometimes referred to), did in fact make the statement. His twitter handle confirms it.

A call to action. If you’re from Biafra, Yoruba, Hausa, Middle Belt, living in Japan, it’s our responsibility to ensure that the impostor Jubril-Buhari is disgraced and arrested.
Enough is enough!
Our destiny is in our hands.
#RevolutionIsNow

Similarly, the mugging of former Deputy Senate President by IPOB suspects is brought to mind. Senator Ike Ekweremadu who was attacked in Nuremberg, Germany has allegedly forgiven assailants. As confirmed by recent Punch and Sahara Reporters (amongst other reports) publications.

According to the reports, he described his assault as an action carried out by a few misguided individuals who were on drugs. Further adding, he will not be seeking punishment for his attackers because he had forgiven them.

What do people have to say about it?…

Following the Kanu story, there have been many reactions as to the sense in the “call” made by Kanu. Obinna Achionye, the Deputy President General of Ohanaeze Ndigbo has described the call as suicidal. The aforementioned group is a predominantly recognised sociocultural group in Nigeria. They are concerned with matters relating to Igbos within Nigeria and the diaspora.

Achionye in his press release urged Igbos living in Japan and other Asian countries to disregard any order emanating from IPoB to disgrace or arrest President Muhammadu Buhari. According to Obinna, (as reported by the Daily Post and Vanguard) “It is suicidal and foolishness that someone will ever participate in the assault proposed by him (Nnamdi Kanu) against President Buhari in Japan.”

But he admitted that the directive could make impressionable Igbo youths risk jail time in Japan or face deportation, while Nnamdi Kanu “enjoys” in London.

Additionally, Senator Shehu Sani in his tweet, called for caution.

“Peaceful protest against injustice, creeping autocracy, abuse of power and violations of fundamental rights anywhere challenged is right and legitimate; However, the reported order to attack and disgrace the President in Japan is unreservedly condemned and falls short of civility.”

Yes, Nnamdi Kanu did in fact make a “call to action”; but not just to members of the Indigenous People of Biafra (IPOB)  as was reported. He also addressed the directive to Hausa, Yoruba and Middle belt indigenes residing in Japan.

Nonetheless, the anticipated outcome from the directive is not rational. As intimated by the predominant consensus of correspondents. Really, it is not feasible to unlawfully conduct an arrest in a foreign land; much less to a visiting president. The diplomatic ramifications would be dire, especially when the host government itself granted the visiting president entry into the country.