FALSE. Whilst there have been notable side-effects associated with the dose of the COVID-19 Vaccine, none of those side-effects have proven  or led to any case of penis enlargement as claimed in the photo that is circulating on social media.

The photo purporting to be breaking news from a news agency reads, “COVID-19 Vaccine enlarges Penis.” This has drawn attention from mostly young men, and the author of this article was privy to one of the discussions and had access to the photo following the conversation he heard amongst young men at a public event. The discussion attracted the attention of many and most of them confirmed to have seen the photo circulating on social media especially WhatsApp.

This photo with the flamboyant claim is just one of the many backlashes to have emerged from the announcement of a clinically trusted COVID-19 vaccine in a much shorter time than anticipated. The Pfizer Covid Vaccine has already been applied to the most vulnerable group of people to the pandemic- frontline health workers in the United Kingdom and the United States.

As critical as this period is in the fight against the COVID-19 pandemic around the world, the slightest of distrust in the medication produced in a record fashion will have devastating consequences on the entire process of eliminating the virus, especially when there is an avalanche of conspiracy theories surrounding the pandemic. Dubawa therefore sees the need to speedily fact-check such theories or claims circulating in the social media space across Sierra Leone and the region.

Firstly, the Pfizer BioNTech vaccine has gone through the required clinical trial that was presented to over 44,000 participants and scored over 95% in effectiveness and safety. This did not however clear the vaccine of potential side effects, particularly that the first dosage on British health workers did come with reactionary side-effects. The side effects triggered by histories of allergic reaction was reported in this New York Times article . But of  all the side reactions to the vaccine so far, nothing like penis enlargement has been noticed or reported.

The Pfizer BioNTech Vaccine, like any other vaccine, is delivered as a shot in the arm and notable side effects have been headaches, fatigue, chills and muscle pain. The penis enlargement claim, from all indications, has proven to be baseless for lack of medical or scientific backing.

For further clarifications, Dubawa did research on the other COVID-19 Vaccine Moderna vaccine which has very recently received emergency approval. Its clinical test has shown its effectiveness to be almost  as high as that of the Pfizer vaccine. It was firstly delivered to top health officials like Dr. Fauci on the 22 December 2020 and no such claim has been associated with it. 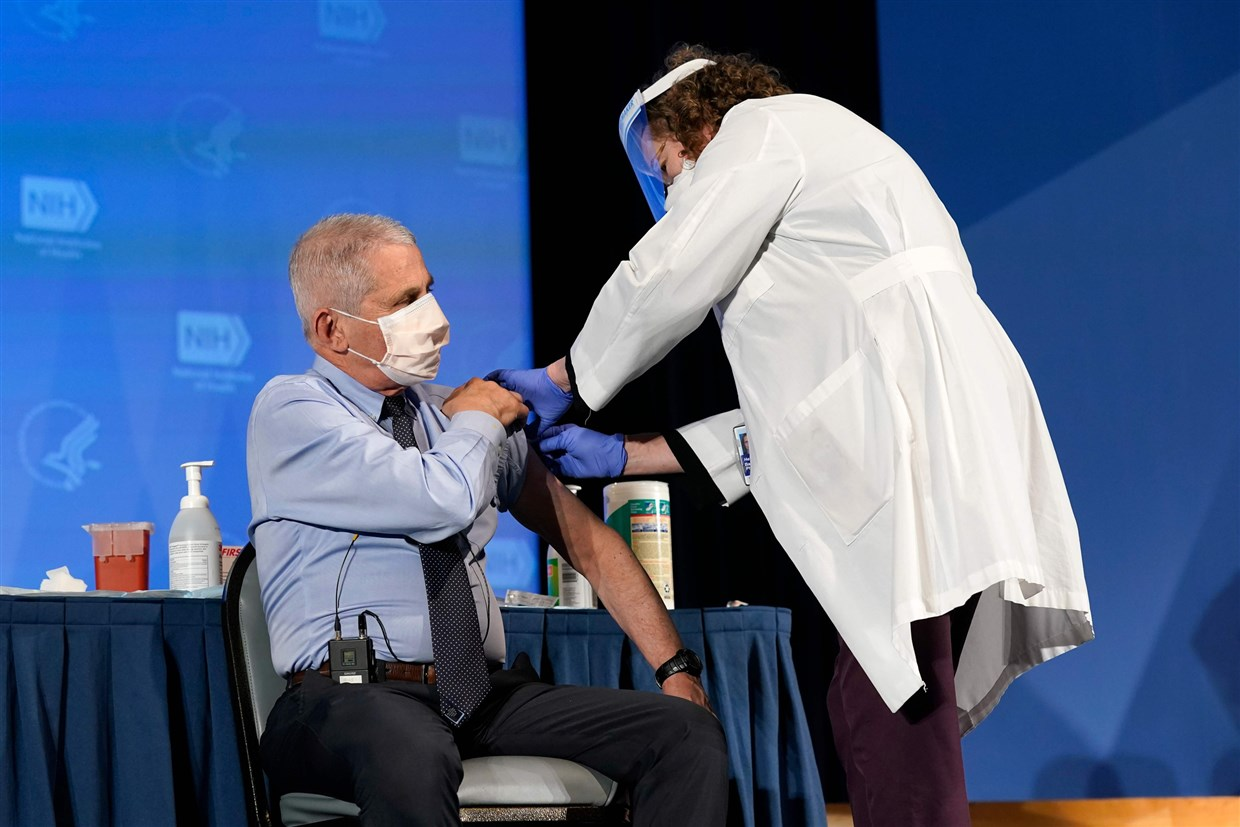 Secondly, the photo circulating has no inscription or logo of any particular brand that raises red flags. It further claimed a 23% increase in penis size relating it to a study which was never explained in detail as to who or what organization conducted the study and how they reached such a conclusion on a vaccine that is less than a month old. These misconceptions and red-flags question the veracity of such claims and expose its groundlessness.

The claim of penis enlargement related to the COVID-19 vaccine is unfounded and therefore misleading. No major side effect has been identified, apart from cases of patients with histories of allergic reactions and none of such effects is related to penis enlargement.

Chloroquine Does NOT Cure Coronavirus!

Prof. Montagnier did not claim all who took COVID-19 Vaccine would Die in Two Years