Did President Buhari sign a new Police bill to allow officers arrest without a warrant? Yes! 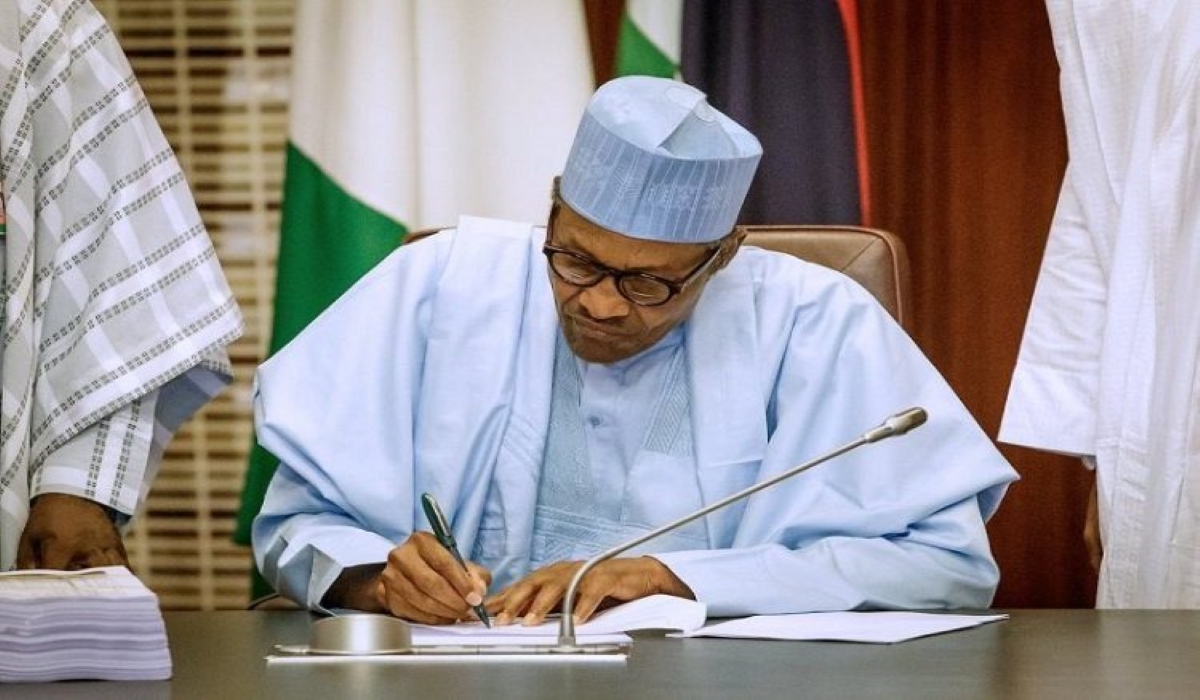 A Twitter user claims that President Buhari has signed a new police bill that grants police officers the power to arrest without a warrant or court order.

The claim that President Buhari has signed a new police bill which allows the police to arrest without a warrant or court order is true. The bill is confirmed to have been in place since September 16, 2020.

On August 24, a verified twitter handle, Wanazila (@wana_) claimed that President Muhammadu Buhari has signed a new police bill that gives the Police the right to arrest without a warrant or court order.

Following the claim on the ‘new provision’ in the New Police Act, controversies have been stirred up in the comment section. Some persons have tagged the claim as fake news.  For instance, Thelomen Tarteno with the user name @narpako, wrote, ‘Jumping to conclusions, sensationalism, peddling misinformation and all-out spreading of bullshit is the universal talent shared by a great many Nigerians’. Tammy Solo Qtified (@tmscool) wrote, ‘You are one of the reasons we can’t move forward. You thrive in peddling false info or uninformed info just to feel relevant right?’

Some other people believe the law has been existing before now and see no reason why it should be newsworthy. For instance, A twitter user Abiola De Moe (@abiolamoe) wrote, ‘This isn’t a new law. A police officer can affect arrest in an on-going crime or that which is about to happen without a warrant. Stop trying to add this to one of the regular ‘troll-the government threads…’ another user named Dami (@TheAngleDami) said ‘‘Buhari didn’t just sign this… This law has always been there…’.

This tweet garnered a whopping  2.6k retweets, 734 quoted tweets and 1.6k likes. With diverse opinions that ranged from disbelief, doubt to believability.

Information about the signing of the bill was shared by credible news sources, on September 16, 2020, when President Muhammadu Buhari assented to a new Nigeria Police Bill, 2020.

The new act which has 142 sections explains the general duties of the Police to include, among others, protection of the rights and freedom of every person in Nigeria, the African Charter on Human and Peoples Rights and any other law; provision on humanitarian assistance for citizens, facilitation of movement on highways, etc without subjecting citizens to extortion, and adoption of community partnership in the performance of police duties.

The power to arrest without a warrant was spelt out in Section 38(1) of the act.

(b) any person whom any other person charged with having committed a felony or misdemeanour;

(c) any person whom any other person-

(i) suspects of having committed a felony or misdemeanour; or

(ii) charges with having committed a simple offence, if such other person is willing to accompany the police officer to the police station and to enter into a recognisance to prosecute such charge.”

In summary, the bill states that a police officer has the power to arrest whom he suspects (on a reasonable ground) of having committed an offence unless the law creating the offence provides that the suspect cannot be arrested without a warrant.

“(2) The provisions of this section shall not apply to any offence with respect to which it is provided that any offender may not be arrested without warrant.”

Further research shows that the repealed Police Cap P19 LFN 2004 Act also has provision for the ‘no warrant arrest’ in section 24(1) of the repealed Act. It states

It states, “A police officer may, without an order of a court and without a warrant arrest a suspect:

The viral tweet on the New Police Act by the Twitter user is TRUE. President Muhammadu Buhari assented to a new Nigeria Police Bill, 2020 which accords police officers the power to arrest without a warrant except on grounds where the laws spelling out an offence permit a warrant before an arrest.