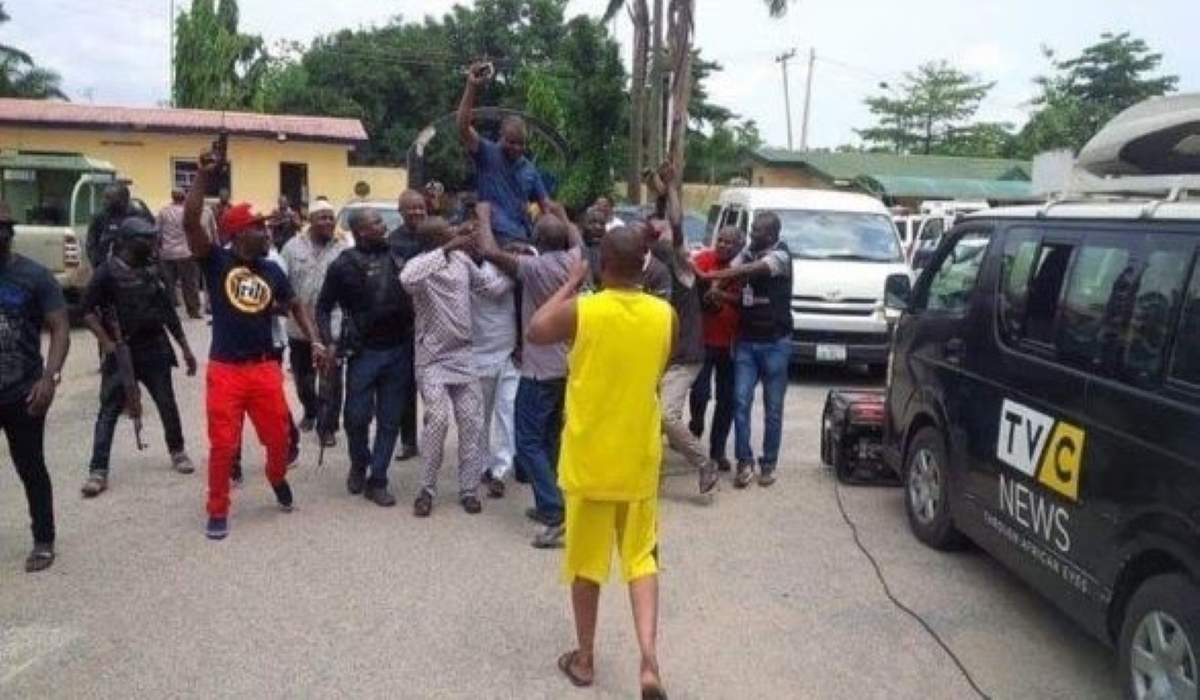 The claim that Abba Kyari’s suspension has been lifted is false.

Recently, some online media have posted that embattled DCP Abba Kyari has been told to go back to work as the Inspector General of Police,IGP Usman Alkali Baba, has lifted his suspension.

According to one of the posts made by WEETALKNAIJA, Abba Kyari has been reinstated back into the police force. It added that ‘the information was revealed by one of Abba Kyari‘s loyalists who is also a police officer under the IRT department of the police force.

An Instagram user, goldmynetv, also made a post tagging it “wild jubilations as police hierarchy gives suspended DCP and Hushpuppi’s Associate,Abba Kyari, the green light to resume duty as an officer.”

Further checks also showed that online news sites like tpdelmedia and Globatimesng made posts on the same claim.

On October 28, 2021, the inspector general of police IGP Usman Alkali Baba revealed he was yet to receive or see a formal extradition request for Deputy Commissioner of Police  Abba Kyari following his indictment by a U.S court.

It would be recalled that Kyari had earlier in the year been accused of being a conspirator in a 1.1 million dollar fund deal involving Instagram celebrity Ramon Abbas, popularly known as Hushpuppi.

While investigations continued, the embattled police officer was suspended and the IGP appointed Deputy Commissioner of Police, Tunji Disu, as head of the police intelligence response team (IRT).

About a month ago, Minister of police affairs, Muhammadu Maigairi Dingyadi, while confirming that investigations have been concluded and findings submitted, noted that President Muhammadu Buhari will have the final consideration on the matter.

So was Abba Kyari’s suspension lifted as claimed in the post?

When contacted, the Police Public Relations Officer, PPRO, CP Frank Mba, said the claim is false as Abba Kyari’s suspension has not been lifted.

This researcher further verified the image used to depict the celebration of the embattled police officer’s suspension being lifted. It was discovered that the photograph was actually taken when Abba Kyari and the IRT team celebrated the capture and the arrest of kidnapper Chukwudi Onuamadike aka “Evans”.

The claim that the embattled DCP Abba Kyari’s suspension has been lifted is false.

The researcher produced this fact check article per the Dubawa 2021 Kwame KariKari Fellowship partnership with Crest FM to facilitate the ethos of “truth” in journalism and enhance media literacy in the country.