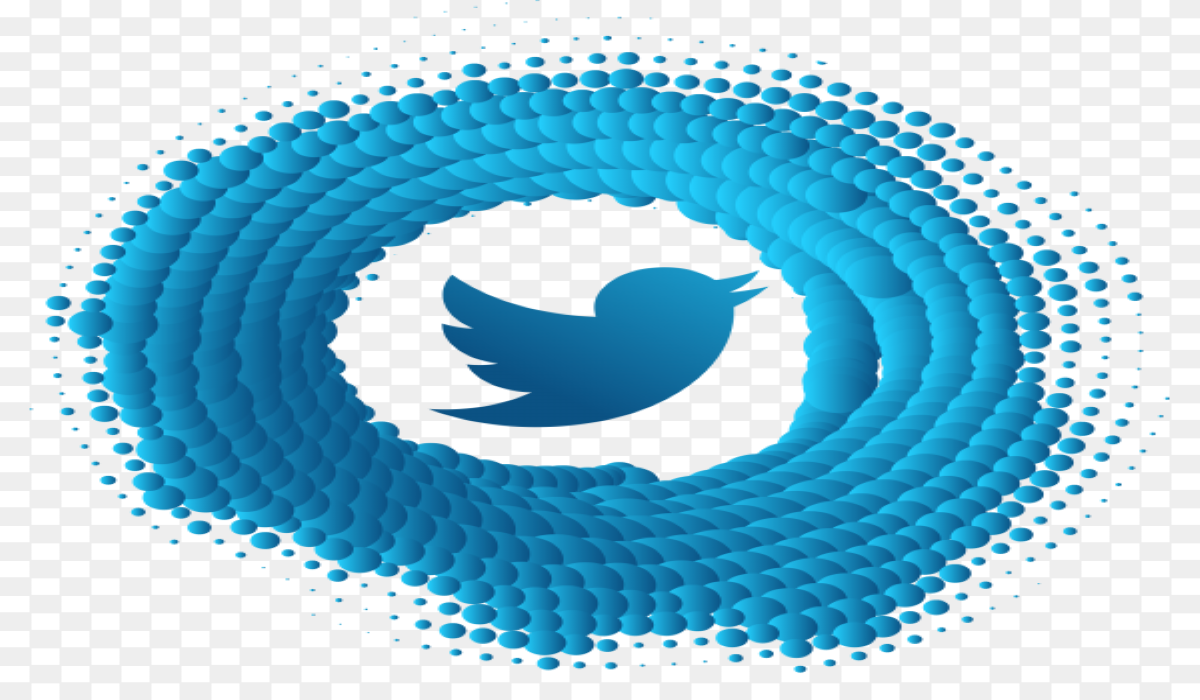 The preponderant influx of misinformation on social media and its injurious effects  on audiences have been a prominent drive for fact-checkers in the campaign against fake news and misinformation. Consequently, leading social media organisations such as Facebook and Twitter are growing in an awareness of the need for swift strategies to counter the surging flanks of fake news on their platforms.

It is in light of this that Twitter has recently launched what it names  ‘Birdwatch’ – a community driven tool that relies on the social network of users to provide context to tweets that appear misinforming or lacks details.

“Birdwatch allows people to identify information in Tweets they believe is misleading and write notes that provide informative context. We believe this approach has the potential to respond quickly when misleading information spreads, adding context that people trust and find valuable. Eventually, we aim to make notes visible directly on Tweets for the global Twitter audience, when there is consensus from a broad and diverse set of contributors. In this first phase of the pilot, notes will only be visible on a separate Birdwatch site. On this site, pilot participants can also rate the helpfulness of notes added by other contributors. These notes are being intentionally kept separate from Twitter for now, while we build Birdwatch and gain confidence that it produces context people find helpful and appropriate. Additionally, notes will not have an effect on the way people see Tweets or our system recommendations.”

The evolving nature of Twitter’s policies

Although there is a novelty associated with the Birdwatch feature, this is not the first time Twitter is deliberately stepping up its efforts to combat misinformation on their platform. In the third quarter of 2020, the social media company announced its intentions to thwart election-related misinformation  by banning or tagging complicating content about ballot tampering, election rigging, election results and other similar issues. Twitter’s action, which follows a similar initiative announced by Facebook in almost the same period, establishes the thread for a rising battle between the social media companies and misinformants who have been sharing misleading information and false claims about voting and other diverse topics.

Having witnessed previous efforts by Twitter in countering misinformation, Birdwatch will however be marked as Twitter’s first initiative of stepping down from the hem of deciding which tweets are misinforming, to allowing its users through crowdsourcing make judgements and identify what content is misleading by providing context to tweets that appear suspicious. Noticeably, this is almost contrary to Twitter’s initial policy of having the autonomy in deciding what tweet is misinforming or misleading, exemplified in the case of former U. S president, Donald Trump when the social media company suspended him from their platform for spreading what they considered as an effect of fake news. A statement that announced their decision, and the  company’s judgement reads as follows:

“After close review of recent Tweets from the @realDonaldTrump account and the context around them — specifically how they are being received and interpreted on and off Twitter — we have permanently suspended the account due to the risk of further incitement of violence.”

Consequently, we find that Birdwatch is a potential attempt to disenfranchise Twitter’s autonomy to give more room for users to partake in decision making.

As Twitter outlined, Birdwatch will enable users to identify information in tweets that they recognize to be misleading or false, and write notes or notations to those tweets in a way they feel is providing “informative context.” However, these individuals are not professional fact-checkers but must only be a user. According to Twitter, the company is “not doing a fact check” with Birdwatch and also “not a true-or-false tool,” but instead, a way to “add context.”

Though Birdwatch is only in its pilot phase and accessible to a restricted number of users, Twitter welcomes all users to apply to be part of the pilot, but only 1,000 users will be chosen to participate only within the United States. 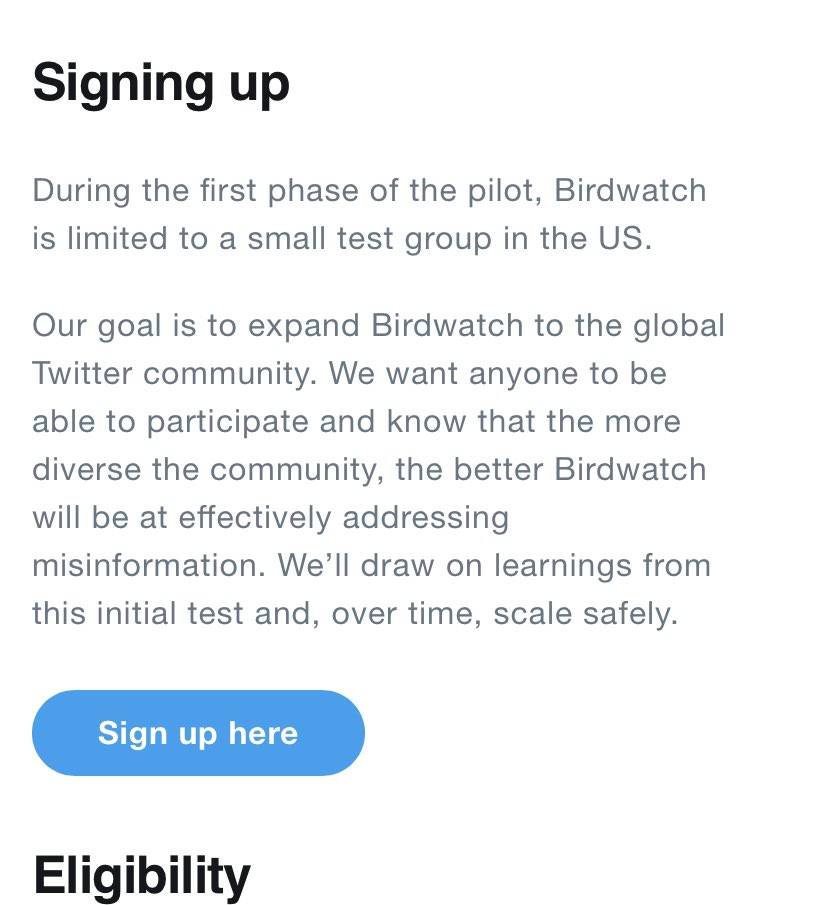 According to Keith Coleman, Vice President, Twitter “We want to invite anyone to sign up and participate in this program, and know that the broader and more diverse the group, the better Birdwatch will be at effectively addressing misinformation,” Coleman said. “People valued notes being in the community’s voice (rather than that of Twitter or a central authority) and appreciated that notes provided useful context to help them better understand and evaluate a tweet (rather than focusing on labeling content as ‘true’ or false’),” Coleman added..

Evidently, Twitter’s aim is to construct Birdwatch in the open and have it fashioned by the Twitter community, but also said it is taking significant steps to make Birdwatch transparent, by making the data contributing to Birdwatch publicly available and downloadable. Birdwatch is clear of professional judgments or fact-checking verdicts however, Coleman explains that: “As we develop algorithms that power Birdwatch such as reputation and consensus systems we aim to publish that code publicly in the Birdwatch Guide,” we also hope this will enable experts, researchers, and the public to analyze or audit Birdwatch, identifying opportunities or flaws that can help us more quickly build an effective community-driven solution.”

The effect and impact of misinformation is already very evident in the world and Twitter is in the war against it, even this  time carrying along it’s users. As regards this reality, Twitter’s Senior Director of Public Policy Strategy and Development, Nick Pickles explained that “Twitter began applying labels and removing certain misleading content in a way that has made people pause. We recognize these solutions don’t solve the challenges of fact-checking, but  Birdwatch is reflective of this approach.”

Pickles added that “there is a desire for people on Twitter to move quickly and provide more context to potentially misleading information. People want to be part of the conversation on what sources are credible to give people more context. We’re excited about it.

A case for Fact-checkers fact-checking Birdwatchers

It is obvious that  Twitter doesn’t want to stop at the limitations of their policies as they are willing to give more users a voice in the process of deciding what’s misleading with the opportunity to add context. Even though Twitter hopes   a community-based approach to misinformation is projected    to compliment fact-checking institutions and  tech companies, some users appear to hold different opinions -projecting a situation where birdwatching itself calls for fact-checking or transforms into a catalyst for propagating misinformation.

Mace Moneta (@MaceMoneta) replying To @TwitterSupport and @birdwatch Commented that:

“The plural of anecdote is not fact. Having a preponderance of people confirming or denying a claim is not the same as addressing misinformation. Twitter needs designated subject matter experts that can intervene to stop a false claim. And pay them for their time and service.”

“So basically a group of ideologically aligned people can get on here I am basically take down anything they don’t agree with.”

As regards the basic usage of Birdwatch amongst Twitter users, Seaguard (@SeaguardXIV) while replying to @TwitterSupport and @birdwatch  probed that:

“Fundamentally, how is this any different from reporting? It seems like the only difference is that instead of hiring content moderators to go through reports, you want that responsibility to be done by the users themselves. Just hire more CMs and let them *do their jobs*better.”

Amongst other comments and opinions that questioned the functionality of Twitter’s Birdwatch,  a6d (@a6doff) while also Replying to @TwitterSupport and @birdwatch signalled that:

“That’s a really interesting approach to misleading information, however a lot of people believing something doesn’t make it a fact, which might be hard to end up controlling since it’ll be handled by the community. I guess we’ll see how it ends up like with this test.”

Notwithstanding the discourses and arguments associated with Twitter’s Birdwatch, the effectiveness of the tool will soon prove itself since it’s only at the pilot level of testing. Also, as traditional fact checkers may continue to doubt if open source is a best way to counter misinformation; the goal to combat misleading information is still on sight since social media giants are now actively participating in it.

Maxine Gloria Danso is a Senior Researcher with Dubawa Ghana.