How broadcast journalists can fact-check claims during a live broadcast 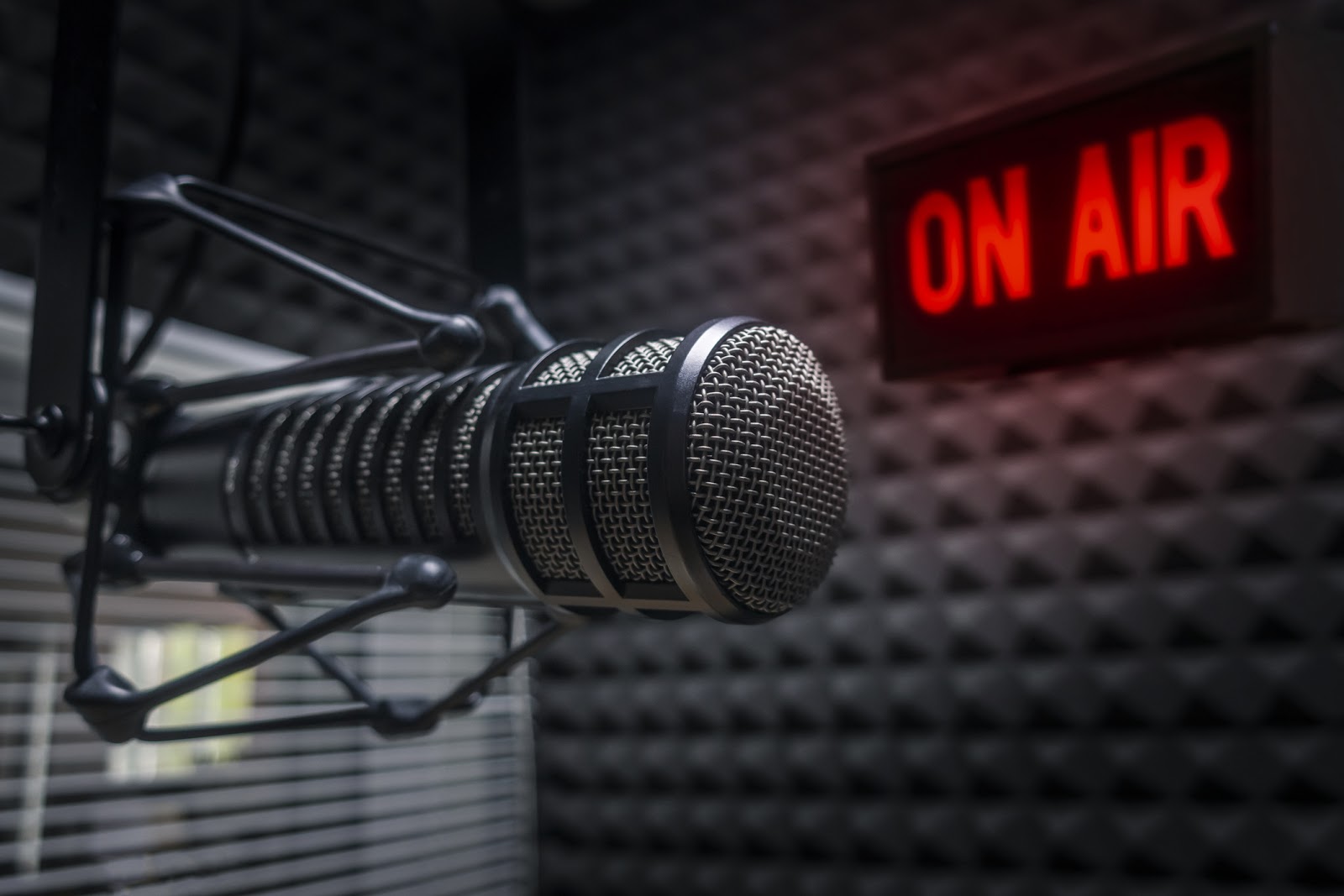 Now more than ever, there is mounting pressure for constant fact-checking of media information owing to  continued skepticism of the media by its consumers.

These days it is common to hear people say that they have lost faith in the media, as the media in their assessment seem to have become propagators of misinformation.

The media has consistently served as a tool for airing diverse opinions. However, some political office holders and public figures have shown the tendency on their part to abuse the media to promote  their personal agenda.

A typical example would be the recent case of a private radio fined by the broadcast regulatory body in Nigeria for broadcasting a non-fact based interview with a public figure. This could have been avoided if the broadcast station had fact-checked the information given on the spot.

This piece provides some details of how broadcast journalists can fact- check information while on air:

1. Do Your Research and Be conversant with the topic of discussion: As a Broadcast Journalist or presenter, you should never go on air without having a good grasp of the topic of discussion. Do your research, have all the necessary information at your disposal, arm yourself with preceding, present and other relevant information about that topic of discussion. In essence – do your show prep; radio guru, Dan O’Day, says “show prep is your safety net”. It guarantees you have a good grasp of what you want to talk about, it shields you from making unnecessary mistakes and helps you arm yourself with necessary information about a subject. This  would help you chart the course of the conversation, ask the right questions, and drive the conversation. It would help you communicate with certainty and most especially help you know when the guest is directly or indirectly misinforming the public or promoting falsehood, thus  helping you to call him or her back to order.

2. Ask the interviewee for sources of claims: While interviewing  sources on-air, ask  them to state the sources of the information they are giving you. The Deputy Chief Editor at Africa Check, Kate Wilkinson, during this year’s annual Radio Days Africa created a good scenario when she said that if a broadcast journalist has a government spokesperson as a guest on-air and he or she is talking and making claims or giving statistical data, you as the broadcast personnel could easily ask “where is that statistics from? Where are the numbers from? How was that calculated? Was there a study? Could you direct us to the research organisation that has come up with this?” She added, “that is fact-checking, it might not give us the answer but it gives you and it gives your audience an idea whether they can trust that person and that information”

In essence, the guest right there and then is made to support or discredit the claim he or she has made to be either true or false and this could be ascertained with the exactness and certainty they answer the question of the source of the claim. This then, according to Kate, “tells your audience all they need to know about whether such information is credible or not and how certain they should be about what they are hearing”.

3. Take a short break and quickly run your own research: from time to time in between programmes in the broadcast media, there are short breaks taken to run advertorials, music or announcements. Within this time the broadcast journalist could quickly access the internet and find other sources or further information that corroborates the claim made and when the programme comes back on, he or she immediately states the facts and also politely corrects the source that the claim he or she made might be tunnel-vision due to lack of multiple source. Note that while your immediate research might not be all-encompassing it is very important to always ask for sources from your interviewee, but if the information is credible, a number of sites should pop up during your quick research indicating the credibility or otherwise of such claim.

4. Create time for feedback from your audience: Questions make for clarity and when the audience is allowed to give feedback and participate in the programme, it helps to clear up their confusions and doubts. Effective use of feedback serves as a yardstick for determining audience participation and effectiveness of communicated messages. The broadcast media should create enough time for questions from the audience. That way, the interviewee will be made to answer to whatever claim he or she has made. It is the duty of the broadcast journalist to encourage the audience to seek clarifications by calling in to ask questions and also the journalist should drive the conversation to ensure the programme guest does not deviate from answering the question, even after the phone line has been dropped.

5. Be honest with your audience: Information and what is known about anything is constantly evolving; therefore, honesty and certainty in your communication become pertinent. So, if during a live broadcast you as the broadcast journalist is to give out, for instance, the latest study on science or disease or some data or report that is inconclusive, it is best to state it out to your audience that such report or study is inconclusive. If a study published or statement from a study becomes news, in stating the facts, try and be honest enough to show the study or research you have and let your audience know that the study that has been released is still developing or still needs to be pre-reviewed so that according to Kate Wilkinson  “you’re not setting yourself up to be undermined where the thing that you reported as fact which wasn’t actually fact turns out not to be true” thus making your audience lose faith in you, your organisation and the media generally.

Another very important person who is needed to achieve the goal of fact-checking in the broadcast media is the programme producer. The producer’s role starts even before the programme is aired.

What Programme Producers can do to up their game

The programme producer plays a huge role in the success or otherwise of any programme – television and radio; they are responsible for the content of broadcasts delivered over the radio (or on television), the internet and other mobile platforms. A programme hardly ever makes it live on air if the producer does not vet and approve of it (that’s how vital the role of the producer is, even though we can see some conflict of roles playing out in some media organisations).

A programme producer works with the presenters, broadcast assistants, Disk Jockeys and other broadcast staff to ensure the quality of content and broadcast. He or she is actively involved in programme content supervision, production and output. Therefore to a great extent, the producer is also meant to perform fact-checking roles to ensure the accuracy of broadcast programmes. Below are ways this could be done:

1) The producer should endeavour to monitor programme content of each of his organisation’s programmes, to ensure that the facts are put straight and are accurate before the programme is allowed to fly. His or her job does not end there but should continue into the programme while it is being aired and even after the programme has been produced and aired.

2) The producer should pay close attention to broadcast programmes because it is his or her responsibility to make sure that all programmes comply with the broadcast legislation and regulations. If for instance, a programme begins to go against the broadcast regulations by virtue of its presenter or programme guest putting out unverified information or making bogus claims, the onus lies on the producer to step in and effectively control the flow of broadcast.

3)  The producer is involved in all aspects of planning a programme production including confirmation of guests, ensuring that every programme content is topical and well researched by being up to date  in editing interviews, reports and conversation pieces. Therefore, for any programme to go live in a broadcast media and remain accurate while observing principles of effective fact checking, the programme producer is as accountable as the presenter or broadcast journalist. Therefore, the producer should ensure  he/she is up to date  with current affairs when a presenter brings a programme.

It is true that fact-checking takes time or goes through a rigorous process but by following the simple steps above, you as a broadcast journalist could get closer to what is or not credible during a live broadcast.

Also important is the fact that the effect of the broadcast media is far-reaching, thus making fact-checking an integral part of the broadcast media at all times. This would help ensure that whatever is being broadcast is verifiable in order to keep the public rightfully informed and avoid being a tool for misinformation or a victim of  sanctions from regulatory bodies.

The researcher produced this article per the Dubawa 2020 Fellowship partnership with Sparkling 92.3 FM to facilitate the ethos of “truth” in journalism and enhance media literacy in the country.