US Did Not Reject Nigeria’s Election Result 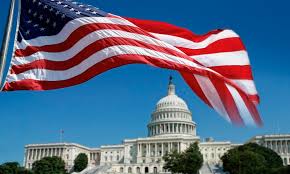 CLAIM: A viral message on WhatsApp, claims that the Government of the United States has asked INEC to release the “real” figures of the 2019 Presidential Elections

EVIDENCE: The United States did not say that, rather Chris Smith,  American politician, made the statement and it was not on behalf ofthe US Government

A viral message on the social media networking site, WhatsApp, claims that the Government of the United States of America has asked the Indepedent National Electoral Commission (INEC) to release the “real” figures of the 2019 Presidential Elections.

The WhatsApp message was sourced from the website: Exclusive103.com. It had this headline: “BREAKING: We Are with the authentic result; our eyes are on you. Don’t alter poll results, U.S. warns INEC.”

It goes further to say that: “The United States has warned the Independent National Electoral Commission, INEC, against manipulating the results of the 2019 presidential election.

“Chris Smith, an American politician currently serving in his 20th term as the US Representative for New Jersey’s 4th congressional district, in a statement asked INEC to announce the actual result of the polls without further delay…”

In fact, the U.S. Government through its Ambassador to Nigeria released a statement after the elections, acknowledging the challenges of the electoral process but validated the credibility of the election.

W.Stuart Symington, the U.S. Ambassador to Nigeria said in the statement:

“I congratulate the tens of millions of Nigerians who stood patiently in long lines to vote this week and the hundreds of thousands who worked together with INEC to conduct the elections. As noted by many observer groups in their preliminary reports, this election was predominantly peaceful, and it was proof of the Nigerian people’s resolute commitment to choose their leaders. The peaceful achievement of millions was shadowed by the violence of a few.

We extend our deepest sympathy to the families of those who lost their lives, and we urge all candidates to honor the Peace Accord they signed. All should convince those who support them to refrain from using force or violence to interfere with INEC. No one should break the law by announcing results before INEC does, or break the peace by claiming victory before the results are final. Everyone has a common interest in showing patience as INEC collates and announces the election results.”

Nevertheless, we can confirm that the US congressman actually said that Nigerian elections may have been tampered with, but he was not speaking on behalf of the United States!

Pamela Braide is an escapee Architect who is now a development and communications consultant with roots in entertainment spanning over 20 yrs experience in working with Government at all levels, civil society, corporate and private clients. She has worked on projects with WHO, Government and campaigns in Nigeria, Kenya and Ethiopia. Her civil society involvement is largely focused on gender, leadership, human rights, youth employment, and issue based coalition building. She brings her knowledge of social media monitoring, analytics and content management to the team.