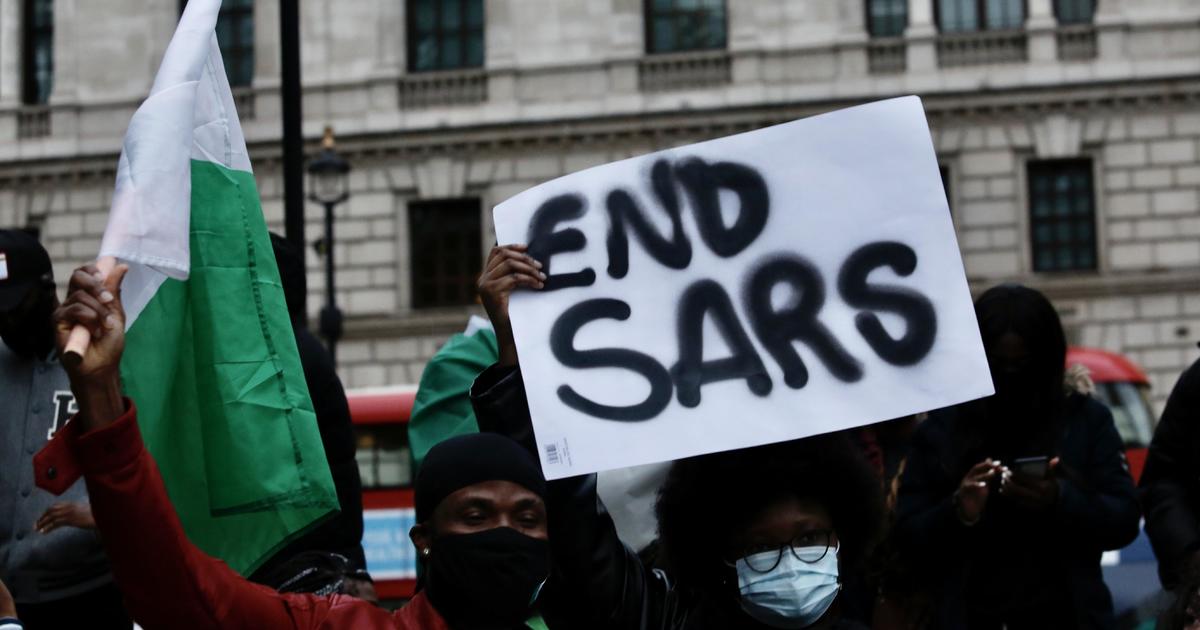 Experts  across media, academia, civil society and policymaking field have identified the nexus between protests and communication as one of the factors responsible for the spread of ‘fake news’ during the #EndSARS protest in Nigeria and in relation to similar protests in other African countries.

This was the consensus of panelists and participants at the international webinar on “Narratives around Protests and Information Disorder Ecosystem in Africa” organised by the Center for Research on Development of African Media, Governance, and Society (CEREDEMS).

The seminar held on zoom platform on Saturday 14th November, 2020 had a keynote speech, goodwill messages, panel discussion, open and workshop sessions around the theme of the webinar.

A professor of Applied Communication at the University of Ibadan, Ayo Ojebode, who opened the discussion in his keynote address, analysed how information disorder aids or discourages protest:

“However, the explosion in social media access has made it a major component of our daily challenges. Information disorder affects protests in three ways. One, it may trigger protests. Many have embarked on protests only to discover that they had been fooled by fake news. Two, information disorder may fuel protests. When protests begin, lies and fabrications and exaggerations are sometimes used to sustain them. Three, importantly, information disorder has been used to discourage protests and split protesters – even turn them one against the other.”

He added that information disorder is one of the great enemies of democracy, adding that governments now use trolls and bots to manipulate public opinions against protesters.

Professor Ojebode who is a member of African Digital Rights Network (ADRN) explained the narratives around the #EndSARS protest in Nigeria: “This is what I found unfortunate about the #EndSARS narrative in Nigeria – in October 2020. Long after the protests had been called off, and after the hoodlums have taken over the cities, breaking jails and burning businesses including hundreds of private and government vehicles, the narrative remained ‘#EndSARS protests persist…’.

“These criminals were reported as #EndSARS protesters. Yes, we know there was a big difference between the protesters – decent, well organised, articulate young people whose protest was described as “a gift” by Prof Wole Soyinka, and the hoodlums that came to kill, steal, and destroy. Yet, journalists and government spokespersons lumped peaceful protesters and violent hoodlums up as one. This is an attempt to punish and pulverise the decent protesters and teach them a lesson. Unfortunately, even established journalists were (un)willing collaborators in this demonisation process,” Professor Ojebode observed.

The University don offered solutions to the problem: To ensure a fair narrative of protests in the information the Information disorder that we have found ourselves, it is important that protesters also take a firm hold of the process and product of narration. There should be more integrated cooperation between protesters and the media that report them. There should also be a think-through on the aftermath or aim or target of a protest – and this should not just keep increasing from five demands to seventeen demands including to “the president must resign.” Endless and uncoordinated elasticity gives room for infiltration, and the twisting of the narrative of a genuine protest.

Narratives around Protests and Information Disorder Ecosystem in Africa

Chairman of the panel session at the event, Dr Lambe Kayode Mustapha who is the Head, Department of Mass Communication, University of Ilorin, drew a relationship between protest and communication.

He explained that there is a nexus between protests and the media because of its characteristics to set agenda and provide framing.

The virtual event consisted of speakers and panelists from five African countries including Nigeria, Ghana, Mali, Namibia, and South Africa to discuss and advance conversations around Protests and Information management in the region.

At the end of the webinar which attracted over 200 participants from around the world, the stakeholders observed and recommended solutions to the challenges of information disorder during protests in Africa.

The communique signed by Mustapha Muhammed Jamiu of Center for Research on Development of African Media, Governance and Society (CEREDEMS) highlights the resolutions at the webinar.

Stakeholders identified protest as essential to democratic process in Africa and that good governance will limit the rate of protest in the continent “as changing demographics and massive penetration of the internet on the continent aid mobilization for protests.”

“Information flow is a critical aspect of protests which involves the generation of narratives from the protesters and the constituted authorities. The two sides involved are usually eager to win the narrative war with the two sides attempting to pollute the information highway with information disorder.”

It identified a credibility gap in the mainstream media making social media an alternative means of getting information for people in Africa, further aiding the spread of misinformation on the social media platforms.

“There is a need for media organisations in Africa to be sensitive to conflict reporting, how protests are presented and reported. And journalists should refrain from being willing collaborators in the promotion of wrong narratives during protests.”

The communique also noted the need to incorporate information disorder into the media/communication curriculum in Africa.

“There is a need to establish a train-the-trainer programme for media/communication teachers in African universities. This would strengthen their capacities to train future journalists in fact-checking and other preventive measures against information disorder.”

The stakeholders also advocate for constant training for journalists and media workers which they described as a desirable step in checking the menace of information disorder in Africa, especially during periods of crisis.

“There is a need to institute media/ information literacy programmes for citizens in African countries so as to increase awareness of information disorder and improve citizens’ abilities to verify the information.”

On whether the social media should be regulated, the communique submitted that “existing legal frameworks for combating information disorder have to be improved on, in order to capture recent developments within the ICT on the African continent.”

This  international webinar on “Narratives around Protests and Information Disorder Ecosystem in Africa” is very timely. It draws attention to matters of importance to one of Africa’s earth- shaking protests from which many stakeholders can learn useful lessons.