The evolving nature of truth in today’s journalism: A need for fact-based reporting

Evolution has taken its toll on human existence and its subsistence in various life forms. It has also necessitated such statements like “the only constant is change.” This change has, at times, exposed ‘falsehoods with defining truth’ and while this statement itself attempts to be definitive, the assertion also claims that whatever is defined as one way will be defined differently at some other point. So truth, under this statement, is not permanent just like any other thing that evolution has impacted upon.

Since truth is continually unfolding and its constituents are not permanent, the flow of information in the world has turned into a center stage for controversies, debates, and even a ‘clash of two truths’. Hence,   what appears to be obvious truth on an issue is sometimes challenged by a newer truth that is even apparent enough to nullify the prior existing truth. This reality, though a challenge, is not just limited to philosophy or academia alone but also in information sciences, particularly journalism and the entire media practice.

The elusive nature of truth in  reporting

Consequently, journalism in the past, and even in the present, has remained a major source of information for the average person, a watchdog of the society, and even sometimes an uplifter of the ordinary man to fame and stardom. Yet amid these functions, the media is faced with a new spectrum of issues in the 21st century which appear to muffle its stance and its role in society.

Since some media outfits have been  culprits in purveying false information in the past, the sins are now generalized in the universal media space; bestowing upon media disputants the right to battle media truth with a new truth that sometimes lacks a basis for facts.

Truth without fact is ‘fake news’ because  it lacks the components of validity. Yet even now, such half-baked truths have become prevalent. Fictional stories lashed from Facebook feeds, baseless tweets earning retweets, and even government officials, most notably, President Donald J. Trump who continually levels confounding charges against the mainstream media. The media fights and Mr. Trump’s daily attacks on the media through his Twitter campaigns have turned out to be a substantial feature of both his presidential campaign and the entire term in office. Any criticism – by the media – of his statements or actions are tagged as ‘fake news’, eventually forging a war of truths that Mr. Trump has refused to relinquish even when facts showed reality was slipping out of sync for Mr. Biden politically.

The Nigerian context and the clash of truths: Opinion vs Fact

This issue is also prevalent in the Nigerian information space. Recently, the Nigerian media space witnessed even more resistance during #EndSARS protests and attained a climax after the incident at the Lekki toll gate in Lagos. The incident which was quickly tagged by the army as ‘fake news’ was later challenged by a new truth – The truth that confirmed that the incident ‘actually’ took place at the toll gate; that protesters were ‘actually’ shot at by soldiers and that some persons ‘actually’ lost their lives.

The entire period saw multiple media reports that were built on facts tagged as fake news by the Nigerian Army, without rendering superior facts or basis for its acclaimed truth. 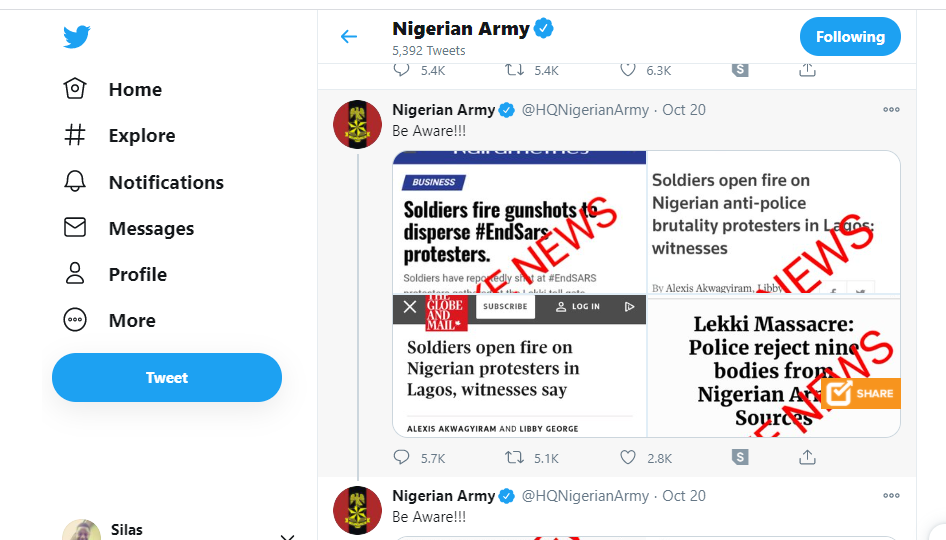 Nonetheless, the culmination of it all was when CNN recently released an investigation carried out on the Lekki toll gate shootings. Though the report was widely acknowledged as the new truth that exposed the incident at the Lekki toll gate with substantial evidence showing the bullets used by the army, victims shot and persons who lost their lives, the Nigerian Minister of Information, Lai Mohammed, condemned the CNN report and labeled it as an “incredible sensationalism” while providing no contrary factual evidence to his stance.

In his words the minister said: “Like everyone else, I watched the CNN report. I must tell you that it reinforces the disinformation that is going round, and it is blatantly irresponsible and a poor piece of journalistic work by a reputable international news organization.

“CNN engaged in incredible sensationalism and did a great disservice to itself and to journalism. In the first instance, CNN, which touted its report as an exclusive investigative report, sadly relied on the same videos that have been circulating on social media, without verification.

“This is very serious and CNN should be sanctioned for that. CNN merely said the videos were ”obtained by CNN”, without saying where from and whether or not it authenticated them. Were CNN reporters and photographers at the Lekki Toll Gate that evening?

“If the answer is no, on what basis were they reporting? Relying on second or third-hand information and presenting it as ”CNN Investigation”? Why didn’t CNN balance its story by showing the compelling testimony of Brig.-Gen. Taiwo before the Judicial Panel in Lagos?

“Is this one-sided reporting what is expected from an international media organisation or any serious news organisation? If CNN had done its investigation properly, it would have known how fake news and disinformation were trending during the #EndSARS crisis.”

The Minister’s words seem to have quelled  CNN’s stance on the matter. Yet, as fact prevails as the basis for truth, Mr. Lai only communicated empty truths with no validities.

This reality is not just a CNN problem, but a surging worldwide media challenge where even facts-based truths that took months (sometimes years) to structure and present to the public are challenged with baseless truths in form of statements; mere opinions (as in the case of Mr. Lai) and sometimes tweets (as in the case of Mr. Trump). This may have a lasting effect on the public media trust; if fact-based truths are rebuffed by baseless ones, the future (and past) will be bleak to say the least.

A Shift from truth-based reporting to fact-based

Since truth is not enough, and everyone is entitled to their opinion, the demand  for factual information and evidential data should be the priority of the media. Recent events have shown that truth alone  is insufficient and journalists should focus on seeking facts and documentation of facts especially in matters that may arouse controversy. However, since journalists cannot be omnipresent and omnipotent  at the same time in collecting facts for reporting societal based issues, media literacy will do well in sensitizing persons to be watch-dogs, using their mobile devices to document facts around them in a format that is more useful and convincing. This move will adequately respond to the Nigerian Minister of information who challenged CNN’s #EndSARS report.

Furthermore, for a clash of truths to be properly managed, general consumers of information need to play an even more crucial role, because information does not just travel on its own,  people share it and pass it across. So, they need to understand and deliberately learn to differentiate fact-based information from baseless truths for themselves.

It was Walter Lippmann who said,  “It does not matter that the news is not susceptible to mathematical certitude. In fact, just because news is complex and slippery, good reporting requires the exercise of the highest scientific virtues.” Scientific virtues here implies the systematic query for facts even in media reporting.

In ‘The Elements of Journalism’, Kovach and Rosenstiel also said that “journalists’ ‘discipline of verification’ is what allows them to hone in on the truth. “The discipline of verification,” they write, is what separates journalism from entertainment, propaganda, fiction, or art. Entertainment and its cousin ‘infotainment’ focus on what is most diverting. Propaganda selects facts and invents them to serve the real purpose: persuasion and manipulation. Fiction invents scenarios to get at a more personal impression of what it calls truth. Journalism alone is focused on getting what happened down right.” It’s a quest for the fact, not the truth.

In January 2020, a Lagos based lawyer, Malcome Omirhobo, filed a suit alleging that the presence of the Arabic inscriptions on the Naira notes contravened the provisions of section 10 and 55 of the Nigerian constitution and is in a bid to Islamize the Nigerian state…

A user on Facebook, in a bid to motivate Nigerians to demand accountability from the government, claims that there is an ongoing protest in Algeria. However, our finding contradict the claimant’s narrative as the photo has been in existence since 2019 and … 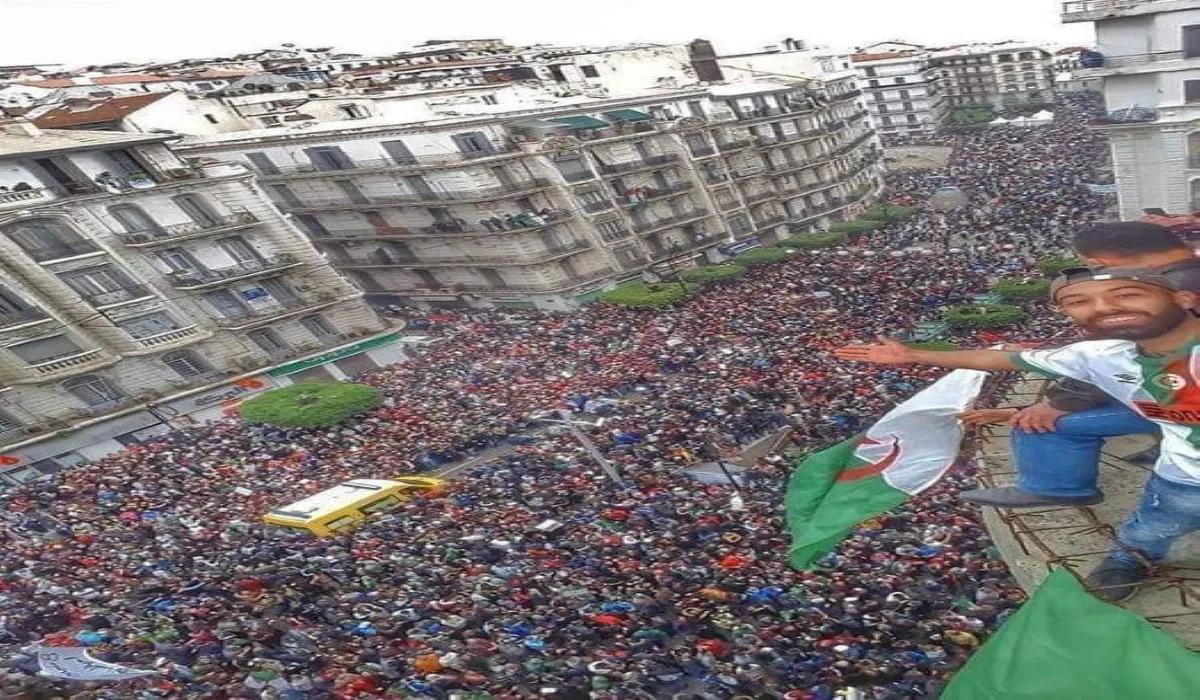 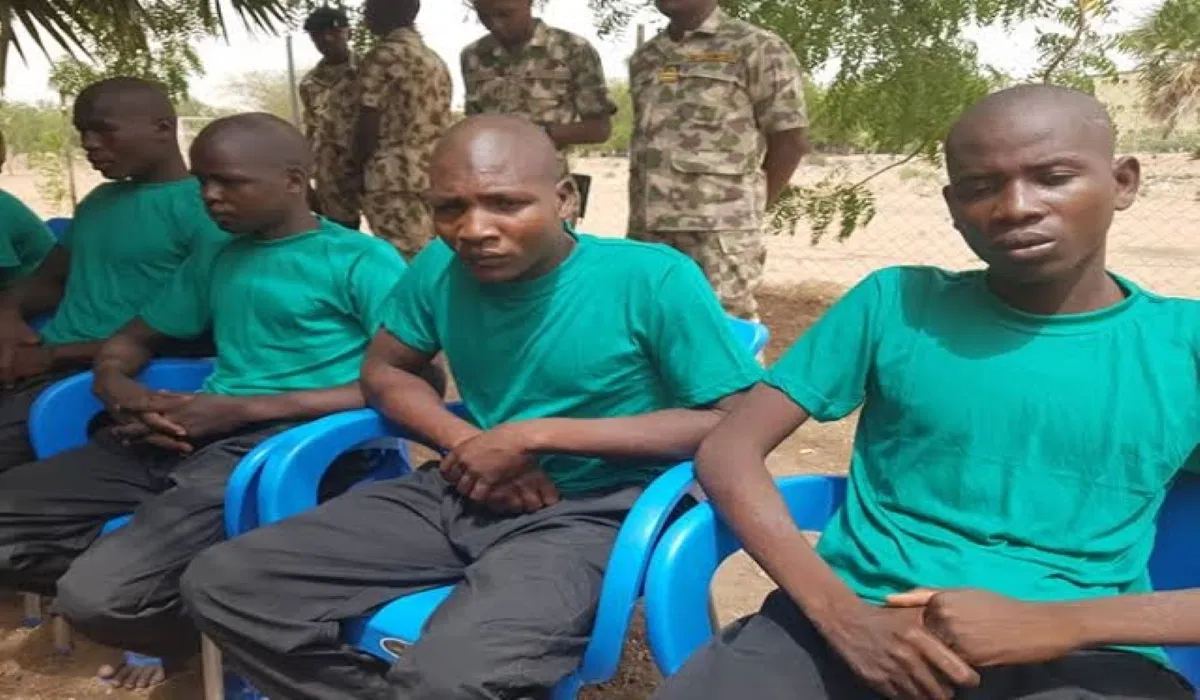 According to the World Health Organization (WHO), it is too early to know if COVID-19 vaccines will provide long-term protection. Additional research is needed to answer this question. However, it’s encouraging that available data suggest that most people who recover from COVID-19 develop an immune response that provides at least some protection against reinfection – although we’re still learning how strong this protection is, and how long it lasts.

It’s also not yet clear how many doses of a COVID-19 vaccine will be needed. Most COVID-19 vaccines being tested now are using two dose regimens. Nonetheless, you can read more here.

If safe and effective vaccines for COVID-19 are developed, WHO believes that everyone, everywhere who could benefit from these vaccines should have access as quickly as possible, starting with those at the highest risk.

WHO’s Strategic Advisory Group of Experts on Immunization (SAGE) has released two key documents to help guide the allocation and prioritization of populations to receive COVID-19 vaccines: The Values Framework for the allocation and prioritization of COVID-19 vaccination, which offers high-level guidance globally on the values and ethical considerations regarding allocation of COVID-19 vaccines between countries, and offers guidance nationally on the prioritization of groups for vaccination within countries while supply is limited. Then the  Roadmap for Prioritizing Population Groups for Vaccines against COVID-19, which suggests public health strategies and target priority groups for different levels of vaccine availability and epidemiologic settings.

Beware!!! A viral message going round on social media claiming to be N-POWER site offering the documentation of shortlisted candidates is a parody website. Such websites are usually used for phishing scam schemes to defraud unsuspecting members of the society. The message reads:

“Check your name on the N-POWER Shortlisted names. Documentation will commence immediately.

Beware, do not supply any personal details.

Other Fact-checks and articles