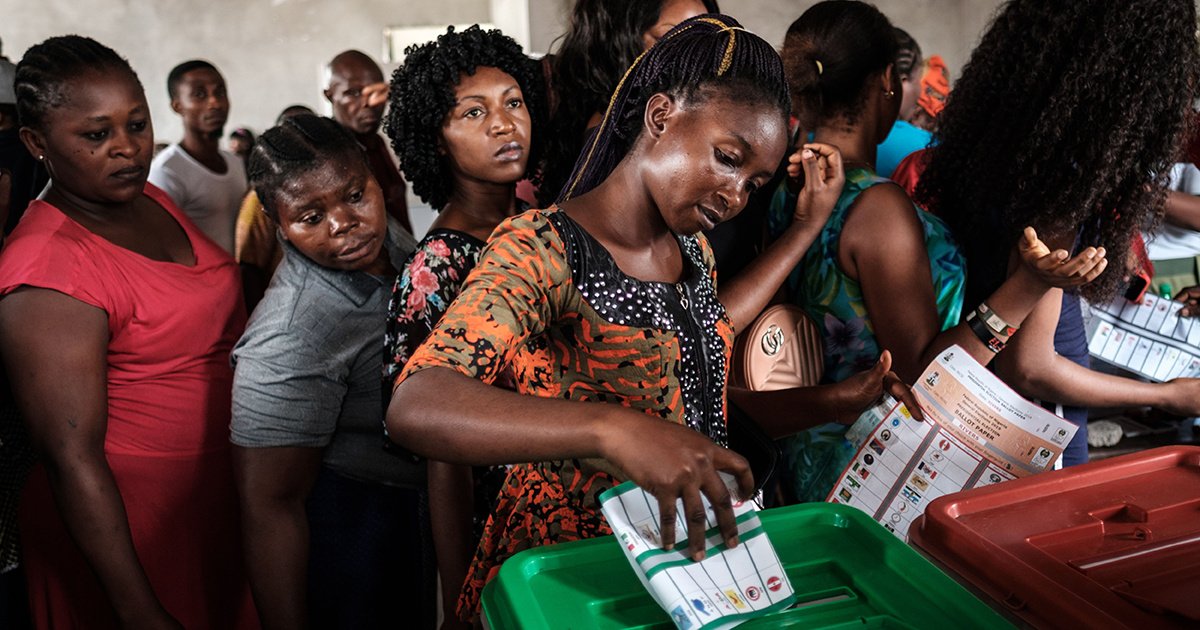 Claim: A Twitter blog claimed that the Independent National Electoral Commission (INEC) asked women in Anambra to avoid using make-up on November 6, when the state’s gubernatorial election will be held.

INEC had asked women to avoid using makeovers on the election day for proper identification.

As the Anambra elections scheduled for November 6 draws near, several information have been circulating regarding the readiness of INEC to ensure a successful election.

Aside from the fears expressed over the safety of voters due to the rate of insecurity in the region, INEC said the body had successfully implemented 12 out of 14 activities in the timetable and schedule of activities for the election including the provision of non-sensitive materials for the governorship election.

A Twitter blog, Naija PR on 17th of October made a post on its Twitter handle explaining that INEC had informed Anambra women to avoid using make-up on Election Day.

The post, which had garnered over 700 retweets, was greeted with doubts from some people who expressed reservations about the accuracy of the report.

Despite this, so many other Twitter users and pages shared the same information on their timelines with the same piece of information.

Other news outlets also reported the news as seen here, here and here.

Findings by Dubawa showed that the Independent National Electoral Commission (INEC) indeed asked women coming to cast their votes during the 2021 Anambra State Governorship election to avoid using make-up on the election day.

In a report on several credible news platforms—as seen here and here—, the INEC State Deputy Director, Gender Desk, Chika Osuji, gave the directive on October 17 in Awka. Osuji had attributed the development to the Bimodal Voter Accreditation System (BVAS) that the agency would deploy to capture voters’ faces during the poll.

Osuji had said “The BVAS will be used during the Anambra gubernatorial election to enable voters to use their fingerprints during accreditation at the polling units.

“I know many women may not be able to engage makeup artists due to restriction of movements; but for those who can’t do without makeups, we appeal to you to minimise the level of the painting. If we can’t read your fingerprints we can read your face, and if we cannot read your face, you are not a registered voter, and we will not allow you to participate.”

In situations where the fingerprint of the voter fails, the face of the voter will be captured to allow them cast their votes.

However, if there are heavy makeovers, the person may not be identified.

A civil society organisation which also serves as an election observer during the Isoko South State Assembly Constituency bye-election in Delta State had earlier hailed the initiative, saying the BVAS will reduce human interference in the electoral process.

It further described it as a robust and efficient way to guarantee the credibility of the voter accreditation and result management process to promote transparent elections.

The claim that INEC advised female voters to avoid using make-up on election day is true. Findings by Dubawa showed that this is due to the BVAS system that will be deployed.